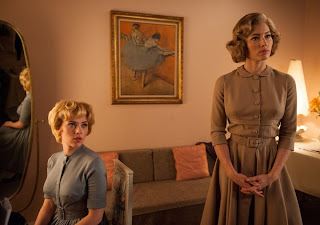 ---"In the future, everybody is going to be a director." --Cameron Crowe

---"Watching a news show transparently at war with itself made for extraordinary live television."

---The Cabin in the Woods' title sequence

---"The brown people and the black people and the women handed the white men’s asses to them as unsentimentally as white men have bought and sold and manipulated America for centuries now. Welcome to the future."   --Cord Jefferson

---"The truth of art lies in its power to break the monopoly of established reality to define what is real." —Herbert Marcuse

---"We will have four more years of a Democratic president presiding over military detention without trial, military commission trials (at least for the 9/11 conspirators, if not for more), broad warrantless surveillance, drone strikes around the globe, and covert war more generally."  --Jack Goldsmith

---"Almost lost in the multitude of post-election analyses is the most significant point of all: despite the long held truism that a Democrat can win a second term only if he is from the South—an extrapolation from one post-FDR example—the nation’s first black president was elected to a second term. The implications of this are enormous. Consider the difference in the mood of more than half the country as well as the “lessons” that would have been drawn had he been defeated after a single term.  He escaped the fate of joining Jimmy Carter on the list of well-meaning but failed one-term presidents. One of the reasons this didn’t occur is that so many people rose up against the maneuvering of Obama’s political opponents to bend, distort, deny the essence of our democratic system that otherwise could result in his election. Which, to a significant extent because they overplayed their hand, it did."  --Elizabeth Drew

---"if the . . . conservative media is stuck in a vacuum sealed, door locked, spin cycle of telling each other what makes them feel good, and denying the factual, lived truth of the world, then we are all deprived, as a nation, of the constructive debate between competing, feasible ideas about real problems."  --Rachel Maddow

---"The larger narrative is a nation becoming gradually acclimated to female power. We are starting to see women in command as less of a novelty, less of a curious phenomenon to be dissected in all of its fascinating manifestations—Will she cry? Can she wage wars? Can she bake cookies and wage wars at the same time?—and more as a normal part of our political landscape.

Most of these newly elected women will vote Democratic, but plenty won’t. Many of them will protect women’s reproductive rights but by no means all of them. (Akin and McCaskill split the white women’s vote.Michele Bachmann just won re-election in Minnesota.) But they will seem less like newcomers to the process, which is exactly what we want."  --Hanna Rosin

---"Black frock, golden epaulettes
Parishioners crawl bowing [toward the priest, during the Eucharist]
Freedom's ghost [has gone to] heaven
A gay-pride parade [has been] sent to Siberia in shackles
Their chief saint is the head of the KGB
He leads a convoy of protestors to jail
So as not to insult the Holiest One
Woman should bear children and love"  --Pussy Riot 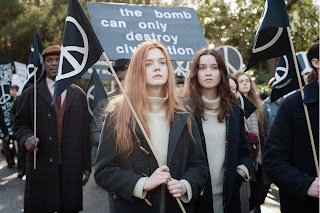 ---"he would turn himself into a `human tape recorder.' Capote claimed to have the auditory version of a photographic memory that, with practice, he was able to hone to a high degree of accuracy. `This is of the greatest importance in the kind of reportage I do, because it is absolutely fatal to ever take a note or use a tape recorder when you interview somebody.' This technique, in Capote’s estimation, allowed him to `live inside the situation, to become part of the scene I was recording and not cut myself off from them in any way.'”

---"the larger ideas in the film [They Live] — media manipulation, the displacement of the lower socioeconomic classes, rampant consumerism — remain wildly relevant"

---the origins of Rosemary's Baby