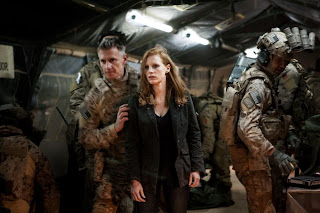 ---"They're not going to just fix your boring rabbit."

---"11. Personal correspondence grows less interesting as the speed of its delivery quickens.

12. Programmers are the unacknowledged legislators of the world.

13. The album cover turned out to be indispensable to popular music.

14. The pursuit of followers on Twitter is an occupation of the bourgeoisie.

15. Abundance of information breeds delusions of knowledge among the unwary.

16. No great work of literature could have been written in hypertext.

17. The philistine appears ideally suited to the role of cultural impresario online.

18. Television became more interesting when people started paying for it.

---"The contents of Unapologetic are effectively trolling the public. The incident between Rihanna and Brown, and the wider issue it represents, is being reduced to a series of shock-tactic soundbites (with a few lines neatly sampled from Michael Jackson's 'The Way You Make Me Feel'). It's nobody's business, they sing, but we'll tell you all about it anyway, wind you up in the process, and get good publicity material from an issue as trifling as – oh – physical violence against a woman.

This also reveals how the internet often works in the most terrible way. In terms of online popularity, page hits are king. As a result, provocative subjects and statements that prompt instant reactions – and finger-clicks – take precedence. They form the bedrock of comment-board-driven editorial planning, in a world where comments themselves barely get moderated. Debates on weighty subjects on TV and radio are also now all about polarised positions. . . . This twisted, provocative logic, where extreme positions and statements are everything, is festering within our culture, and infecting it, too."  --Jude Rogers

---"Documentary is the only art, where every esthetical element almost always has ethical aspects and every ethical aspect can be used esthetically. Try to remain human, especially whilst editing your films. Maybe, nice people should not make documentaries."  --Victor Kassakovsky

---Final Cut: The Making and Unmaking of Heaven's Gate (via @LaFamiliaFilm)

---Keaton's The General and "The General's Legacy" 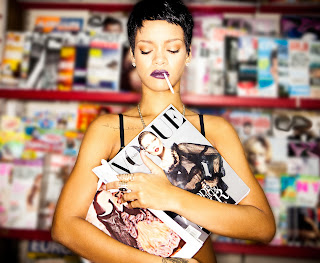 ---"after Yellow Submarine, it was a wholly different world. It wasn't just for kids. It was satire and art and, most of all, subversion"

---anthems for buying nothing

---"Ultimately, we can be seen as living in a fractal age where things proliferate endlessly and expand like a virus or a cancer. There is no goal other than endless proliferation. The Internet is legendarily viral with all sorts of texts and images, as well as viruses and spam, proliferating endlessly." -- from George Ritzer's "The Internet Through a Postmodern Lens"

---Ripper: ...It looks like we're in a shooting war.
Mandrake: (politely irritated) Oh hell. Are the Russians involved, sir?

---the sounds of Killing Them Softly

---"And just as we run down our irreplaceable metals, so we have mined our soils, polluted our waters, and started to warm the atmosphere and the ocean. But the GDP reﬂects none of this."

---"Zapruder’s film is still the canonical ur text of John F. Kennedy’s assassination, the most complete and most chilling visual record. In many ways, it prefigured all sorts of American pastimes, from widespread paranoia about government to a loss of faith in photographic truth and the news media, from the acceptance of graphic violence to newer concerns about copyright. Don Delillo once said that the little film “could probably fuel college courses in a dozen subjects from history to physics.” Without the 486 frames of Kodachrome II 8mm safety film, our understanding of JFK’s assassination would likely be an even greater carnival of conspiracy theories than it already is. Well, maybe."
Labels: Notable film and media links