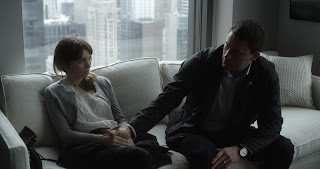 ---The Criticwire Survey: The Best Film Criticism of 2012

---"Attendees at the conference said it is unethical to keep admitting students to programs and training them for jobs that don't exist while they are racking up piles of debt only to risk finding university employment as just an adjunct, or obtaining some other low-wage job for which a graduate degree is not necessary, or ending up on food stamps." --Stacey Patton

---the evolution of the James Bond opening title

---"The Instant of My Death will not simply illustrate what we are saying. I want to follow it to the point where, taking us beyond all the categories upon which we too easily rely, it helps us to render them problematic, fragile, uneasy."

---"The term 'triangulation' as it is used in politics, is said to be a dirty word, a cynical tactic. But in this case, as one modern strategist phrased it, 'isn't about compromising on principles or policies, but about preempting conservative wedge issues by addressing them through progressive policies' -- or, finding a way to accomplish your goals without alienating one side or another, through careful use of language and limits. This may involve strategic tradeoffs or compromises on short-term goals in order to position yourself to accomplish greater ones in the future. Think about the practical, empirical wisdom in those words: It's true because it works.

Lincoln weaves images of such triangulation through the entire film. It's even there in the visual positioning of the three men in the telegraph room, and in the last sentence of the speech above: balance, fairness, justice. It's there in the House of Representatives, with the Lincoln Republicans on one side of the chamber, the opposition Democrats on the other and the Speaker (or the member holding the floor) at the front, moderating between them. At times, the apex of the triangle is reversed, shifted to a point in the balcony at the rear of the hall, where Mrs. Lincoln (Sally Field) or various Negro citizens might be witnessing the historic proceedings."  --Jim Emerson

---a scene from The Awful Truth

---"The archetypal noir femme fatale is the character Kathie Moffat, played by the dark beauty Jane Greer, in Out of the Past (1947). Kathie has no work; she is solely after money and will kill for it. She is literally a woman of the darkness. Her lover Jeff (Robert Mitchum) describes their affair in Acapulco: `I never saw her in the daytime. We seemed to live by night. What was left of the day went away like a pack of cigarettes you smoked.'" 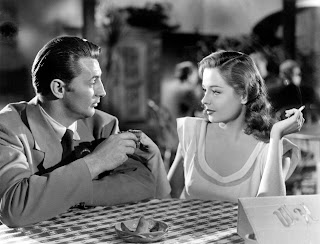 ---behind the scenes of The Master

---storyboards for Blade Runner and The Birds

---trailers for No Subtitles Necessary, I'm So Excited, Pacific Rim, Side Effects, Welcome to the Punch, and Dreams of a Life

---"In recent years, [Tarantino's] own written criticism, which has never been published, has functioned as a prelude to his screenwriting. 'I do my film writing until I come up with a story," he tells me. '[Criticism] keeps me going, keeps me investing in things, and keeps me thinking in an artistic way, and in a critical way, too.'

He told The New York Times in September, 'As I was working on an essay about how Corbucci's archetypes worked, I started thinking, I don't really know if Corbucci was thinking any of these things when he was making these movies. But I know I'm thinking them now. And if I did a Western, I could put them into practice.'

Django also allowed Tarantino to 'put into practice' the ideas that went into another private project he banged out after Basterds. It is, he says, a novella-length critical analysis of Don Siegel's and Robert Aldrich's films of the 1970s, some of them revisionist Westerns made within the New Hollywood era." --Karina Longworth