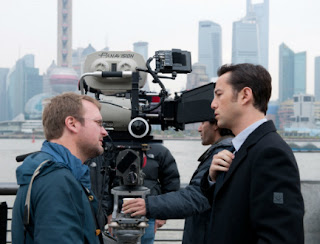 ---The Ultimate Introduction to DSLR Filmmaking

---"Want to write a Black List script? Well, if this year’s choices are to be believed, including the following plot points in your screenplay seem to be the best way to highlight your work for (relative) glory: true stories (14 pop up on the list), teens with cancer (weirdly, there are 2 such scripts, and a bonus 1 about a teen who discovers her dad has cancer), the discovery of major secrets (at least 11), the involvement of “the future” or a reimagined past (11), lawyers (3), coming-of-age tales (12, sort of, but also all of them, sort of), “the one that got away” (4, sort of), WWII (4), drugs (4), robberies (5), film history (2), kidnapping or missing people (7), losing virginity (2), and space (3). Can you put those all into one script, just for good measure? Instant hit!"

---Jim Jarmush's use of music

---"[Godard] goes even further than Truffaut in ‘capturing the truth of the streets’, as the city of Paris, with all its textures and rhythms, functions almost as a character itself. This approach to filmmaking is perhaps best encapsulated by a quote from around the time the film was released, when he declared: ‘all great fictional films lean towards documentary just as all great documentaries lean towards fiction.’"

---behind the scenes of one shot of The Avengers

---J. Hoberman: 10 filmmakers that will define cinema's next decade

---"What does filling the frame entail? Well, for one, you should be able to identify your subject – that’s composition 101. The remaining space should be filled with elements that either echo your subject, strengthen the story, or give the subject context. But in no way should they distract the eye from the primary subject. And each smaller element should be placed in the remaining space in a balanced manner." --Ming Thein

---an excellent screenwriting blog: Go Into the Story by Scott Myers 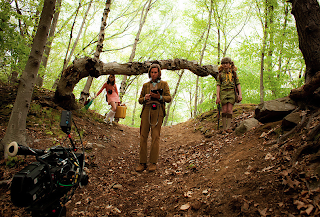 ---"From this writer’s point of view, one thing low-budget filmmakers should try to focus more on is linear story telling. I have sat through a few films that jump around different timeframes, instead of concentrating on telling a good story well. Plot twists are all well and good, but a rookie or sophomore effort should be able to demonstrate a story simply and powerfully told.

One such film that left me scratching my head continually was Cuckoo, which was a shame considering the name cast involved like Richard E Grant and Laura Fraser.

I am not one of these people that want their movies served up on a silver logic platter; but I don’t want to be racking my brain at every turn to understand the plot or character motives. If there is a science-fiction element involved, then the chances are that your story might need a time jumping element to prosper, but I think it should avoided in more straightforward genres.

Stilted dialogue is another area low-budget filmmakers should concentrate on avoiding. One of the better films I watched on my Brit indie journey was Confession. This was the perfect example of judicious casting and natural dialogue. It didn’t appear rehearsed to within an inch of its life, the characters talking like you would expect yourself to converse in everyday settings with a dash of humour or veiled threats.

Another ambitious film that benefits from sharp dialogue is The Drummond Will, a beautifully played black-and-white comedy set in the country that had me laughing away. Its playful absurdity and upbeat score harked back to British comedies of old and just goes to show what a tight script and quality comic actors can bring to a genre where Britain has an enviable track record from years past.

It cannot be stressed enough how important dialogue is to elevating films above the numerous choices that your average punter will face at the cinema, rental shop or online. If one can draw the audience in with believable characters from the outset, they will provide a great deal more leeway in terms of the plot.

It’s worth taking time learning to pick up on the cadence of conversation. Not only will it give you much needed distance from your script, but it will help you write flowing dialogue that doesn’t feel forced or shoe horned in to advance the story.

Also try to create a world that people maybe haven’t seen before in film or, at least, a world that hasn’t been given due respect by flashier mainstream filmmakers. The devil really is in the detail here and your unique insider view of a particular job, industry or milieu can truly make your film stand out. The mental health aspect of Confession and writer/director Viv Fongenie’s enterprising Ollie Kepler’s Expanding Purple World, for example, adds an intriguing extra layer to the relationship drama that binds the stories together."  --from "Essential tips for low budget British indie film success"

---"Color and The Look of a Film: Visual Analysis"

---"As for the cast, if we wanted to use an actor we’d promise them an IMDb credit, footage for their reel, a chance to see themselves on the big screen and lunch. Though we didn’t always give them lunch. In fact, I don’t think we ever did." --from Andy Young's "How to Make a Feature Film for Under $200" 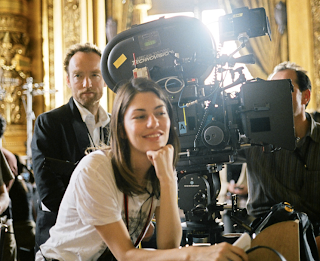