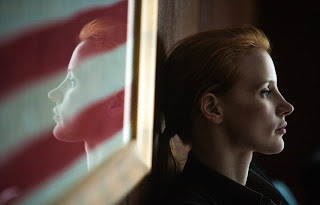 ---“'These documents, which took nine months and a federal lawsuit to disgorge from the Obama administration, show that politically-connected film makers were giving [sic] extraordinary and secret access to bin Laden raid information, including the identity of a Seal Team Six leader,' said Judicial Watch President Tom Fitton."

---"A July 13, 2011, internal CIA email indicates that Bigelow and Boal were granted access to `the Vault,' which is described the CIA building where some of the tactical planning for the bin Laden raid took place: `I was given your name as the POC in [redacted] who could determine the feasibility of having a potential walk-through of…the Vault in the [redacted] building that was used for some of the tactical planning in the Bin Laden Raid [sic]. In consultation with the Office of Public Affairs and as part of the larger chronicling of the Bin Laden raid, OPA will be hosting some visitors sanctioned by ODCIA this Friday afternoon.”  (The name of the sender is blacked out.)  “Of course this is doable,' an official responds."

---"We’re trying to keep [Boal's] visits at HQs [sic] a bit quiet, because of the sensitivities surrounding who gets to participates in this types of things [sic]," CIA spokesman Marie Harf wrote to a colleague in June 2011. "I’m sure you understand."

---"I want to explain why this point matters so much. In US political culture, there is no event in the last decade that has inspired as much collective pride and pervasive consensus as the killing of Osama bin Laden.

This event has obtained sacred status in American political lore. Nobody can speak ill of it, or even question it, without immediately prompting an avalanche of anger and resentment. The news of his death triggered an outburst of patriotic street chanting and nationalistic glee that continued unabated two years later into the Democratic National Convention. As Wired's Pentagon reporter Spencer Ackerman put it in his defense of the film, the killing of bin Laden makes him (and most others) `very, very proud to be American.' Very, very proud.

For that reason, to depict X as valuable in enabling the killing of bin Laden is - by definition - to glorify X."   --Glenn Greenwald

---"The film fails to consider the notion that the CIA and the intelligence industry as a whole, rather than being solutions to what threatens us, might be part of the problem."  --Peter Maass

---"Torture scenes have been around as long as cinema. They're food for the reptilian brain."

---"Clearly, the Times doesn't want to be perceived as putting its thumb on the scale on either side in the torture debate. That's understandable, given traditional journalistic values aiming for neutrality and balance. But by not calling waterboarding torture -- even though it is, and the paper itself defined it that way in the past -- the Times created a factual contradiction between its newer work and its own archives."

---Bigelow also wanted to shoot the entire raid two ways—once objectively and once through the night-vision goggles the SEALS wore. The goggles have an unearthly black-on-green effect that’s usually added in postproduction; in Zero Dark Thirty, the scenes were actually shot through those lenses. 'You just can’t artificially create it,' she says. 'When I look through night-vision goggles, I see the way light sparkles on whatever particulate matter is in the air—it creates a kind of exquisite filmic haze.'”

---"They actually received--in our film--no success from those interrogations. They didn't get anything that they used, so I find it really confusing why they would say it's pro [torture]."  --Jessica Chastain
Labels: Zero Dark Thirty

Unknown said…
I'm a film producer and run a Boston video production company. That being said, I really enjoyed Zero Dark Thirty. Given the small budget I think Kathryn Bigelow did a fantastic job and casted the roles extremely well.

The Film Doctor said…
The two link lists I pieced together reflect my thoughts on Zero Dark Thirty. I found myself unable to enjoy the film due to the many depictions of torture early on, and the irresponsible way the filmmakers fell into glorifying the CIA, perhaps in exchange for getting information about the raid. I have much respect for Bigelow's previous work, so I wonder about how and why she proved so seemingly unaware of the implications of Zero Dark Thirty.

A film about the drone strikes in Pakistan (and I'm surprised that no one's made it yet) may one day help balance things out.
February 26, 2013 at 11:04 PM