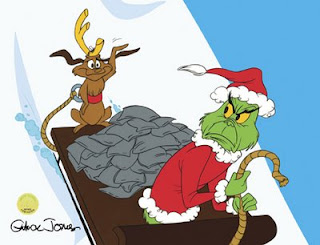 ---In "Gone Away, Come Back: Mickey Rourke," Sheila O'Malley meditates on the ups and downs of Rourke's career for The House Next Door:

"Rourke's star-power ended up isolating him more and more, and you can see it in films like 9 1/2 Weeks, where that character floats in an unconnected world, alone, his only connection to humanity through the brief affair with the woman. Although that film was a giant hit and made him the sexiest man in the world for a brief season, it is a harbinger of things to come."

---For those interested in Tom Cruise, check out Juliet Lapidos' popular guide to Tom's recent unauthorized biography, or Stephen Metcalf's theories as to why the "Cruise persona was never meant to reach maturity" (both from Slate). Or, if you prefer, you can wonder with Fox of Tractor Facts "Why Do People Hate Tom Cruise?" As Fox writes, "I mean, really people. There are some Grade A imbeciles to go after in Hollywood, so how about backing away from Tom Cruise for awhile, yeah?"

---Film School Rejects warns holiday revellers to stay away from The Ten Worst Christmas Movies of All Time.

---T. S. of Screen Savour continues to expand his Hitchcock series with an excellent post concerning Rear Window (1954), which has the double advantage of not only being one of Alfred's best, but it is also T. S.'s favorite film. As he wrote about Jimmy Stewart,

"Hitchcock knows we root for Jeff because beneath those blue pajamas and that full cast, he is Jimmy Stewart. Jeff is a protagonist in every sense of the word, but not necessarily a hero. The director has planted us firmly onto the same plane as Jeff, allowed what Jeff knows to be largely what we know (and the dialogue allows him to reaffirm the details and facts for us), and transfers our allegiance to him. But Stewart's performance is unsettling in the greatest of ways because he allows Jeff to be so oblivious to the fact that he is violating the rules of society. Looking into the courtyard is similar to photographing an object, but it is the act of interpreting – or simply allowing that which you see to become more important than your own personal business – that leads him into trouble."

---Film in Focus features an interesting Chris Rodley interview with David Lynch about Dune (1984) as part of their Great Directors series. As Lynch said,

"The closer I get to finishing a movie, the more I start projecting my fears onto it. Not only have I seen it over and over, I start seeing where I've made mistakes. I see my fears double-­exposed with the images on the screen. And it just keeps getting worse until I can't stand being in the editing room. I can't see it. I just see fear and horror… And so I really don't even remember finishing the film.

To hear what people were saying about me after Dune could have completely destroyed my confidence and happiness, and you need to be happy to make stuff. I was almost dead. Almost dead! But because of The Elephant Man they couldn't discount me completely. If I'd just made Eraserhead and Dune I'd have been cooked! Dune took me off at the knees. Maybe a little higher."

---Writing for The New York Times, Wendell Jamieson offers a contrasting view of the "Pitiful Dreadful Life" of George Bailey in Frank Capra's It's a Wonderful Life. Then again, we always knew that Pottersville "looks like much more fun than stultifying Bedford Falls — the women are hot, the music swings, and the fun times go on all night."

---Nathaniel R, of The Film Experience, enjoys studying the implications of the They Shoot Pictures, Don't They? list of "The Top 1000 Films of All Time."