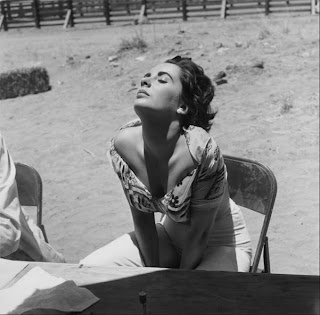 ---Is Rushmore Wes Anderson's best film?  I'm inclined to think so, and The Stop Button makes a good case for its magnificence.
---I saw Baghead recently and found it intriguing in part because the two Duplass brothers who directed it used Godardian methods (yelling out lines to the actors when needed, and allowing them much room for improvisation during the shoot).  Also, they claimed that the film cost only $1000.   Now, David Denby of The New Yorker considers the mumblecore movement: "When the material is emotionally raw, and the nonprofessional actors show some strength, mumblecore delivers insights that Hollywood can't come close to."
---When it comes to link lists, no one does it better than David Hudson.  After he left GreenCine Daily, I despaired, but now his always impressive Shorts appear on IFC.com. I also admire Todd's Links for the Day at The House Next Door.
---I enjoyed Dennis Cozallio's discussion of the history of his blog Sergio Leone and the Infield Fly Rule and his take on the current state of film blogging as part of the Behind the Blog series of Film in Focus:
"Not for me it isn’t. I’d be lying if I said that I didn’t frequently wish that it could be, but the reality is that bloggers who are serious about the format as an avenue for creating good writing have discovered that they are part of the creation of a new mode of communication which has helped to destabilize traditional (print) criticism and establish the fundamental template of free (as in, no compensation) film journalism. As more and more print jobs dry up, readers have replaced the habit of following all but the most high-profile critics with seeking out online alternatives. Readers who care at all (and there are plenty who value criticism simply as consumer reportage) have come to depend more and more on these labors of love as sources of regular film reading. Unfortunately, for the writers, there’s not been much development in regard to making that writing economically advantageous, and there probably won’t be for the foreseeable future."---When it comes to having a blog, like, say, GOOP, Gwyneth Paltrow proves how it pays to have friends in high places.  Here, she shares the favorite films of Steven Spielberg, Jon Favreau, Wes Anderson, and, oh yeah, Sofia Coppola (tip of the hat to R.J. of Cine-O-Rama).
---Mr. Peel considers one of my favorite 1970s films Being There: "Less than a year after BEING THERE was released, Sellers died from a massive heart attack at the age of 54. It wasn’t his final screen performance—we don’t need to go into that film right now—but the way he leaves us here is like the way he left us in life. Gazing in wonderment, bafflement and trying to decide what we’re supposed to make of any of it. Ashby directed a few other films before his premature death in 1988, none with any significant acclaim. I still need to see a few of those films, but if there is anything to the idea that BEING THERE really was a personal statement for him, then maybe it’s the last one that really matters. It doesn’t really make any difference what I say about the film—just like anyone who encounters Chance, it’s designed for anyone to take from it what they wish. That’s part of what makes it so brilliant." ---I enjoyed Nathaniel R's "77 Appropriate Ways to Celebrate Elizabeth Taylor's Birthday" in his Film Experience Blog:
"Be sexy. Seek a voice role on The Simpsons. Work towards making lots of "all time greatest" lists in whatever it is that you do and actually deserve the honor. Make the world a better place. Get divorced. Go to a gay bar with friends. Jump on a plane to Hawaii. Excite the tabloids. Be legendary. Have a tracheotomy. Survive pneumonia. Have a hip replaced. Have a tumor removed. Survive cancer. Throw your back out. Call yourself "Mother Courage" and mean it. Survive everything."
---Ray Pride of Movie City Indie assesses "Kubick's legacy, ten years on."
---Will Sundance Film Festival favorite Assassination of a High School President go straight to DVD?  /film argues in favor of a theatrical release with the help of these intriguing five video clips.
---Lastly, celebrate the genius of Jean Renoir as he delightfully bashes bourgeois stupidity in Boudu Saved from Drowning (1932).  Rick of Coosa Creek Cinema will host the TOERIFIC discussion this Monday (March 16) starting at 11 am.
Labels: notable film links

reassurance said…
I, too, share a love for directors shouting out lines for actors while filming. And Baghead is far, far better than The Puffy Chair.
March 14, 2009 at 10:05 PM

The Film Doctor said…
I couldn't even sit through The Puffy Chair. The Duplass brothers' tendency to have a handheld camera move unsteadily from actor to actor left me feeling queasy. Also, the improvised dialog can sound like:

And so on, but I agree with you. Baghead develops some momentum in its Blair Witch Project way. Ironically, David Denby wonders if the mumblecore movement will be able to weather the recent economic downturn, but at only $1000 a film, directors like the Duplass brothers seem unusually well-positioned for anything.
March 15, 2009 at 8:06 AM

Joel Bocko said…
Mumblecore is definitely hitting a saturation point right now. I just saw my first one (the review for LOL went up on my blog a couple days ago) with more on the way.

The movement has its issues, but the doors it opens are tremendously exciting. Future no-budget films may not share the Duplass aesthetic (which plenty of people seem to think is a good thing) but there's no doubt that these filmmakers have legitimized, to a certain extent, the possibility of making movies on video, and with extremely limited resources, that are taken seriously, and not just as novelties.
March 19, 2009 at 2:26 AM

The Film Doctor said…
I agree, Movieman. I got more excited listening to the directors' commentary than watching the film Baghead, but either way, as an amateur filmmaker, I was very impressed with the Duplass brothers' ability to turn very limited resources into a watchable feature length movie. The digital cameras available nowadays can give anyone the ability to make something of substance on a low budget. In the midst of such bleak economic news, it's nice to have a video production renaissance in the offing.
March 19, 2009 at 7:50 AM

Anonymous said…
BAGHEAD wasn't very good, but I'll leave it at that. The discussion afterwards would be another matter of couse.

I think Being There came out in 1979. I largely agree with you about Baghead, but it was interesting from a filmmaker's perspective.
March 22, 2009 at 5:38 PM