The sabretooth cat and the angry badger: A pictorial primer for Hugh Jackman's X-Men Origins: Wolverine 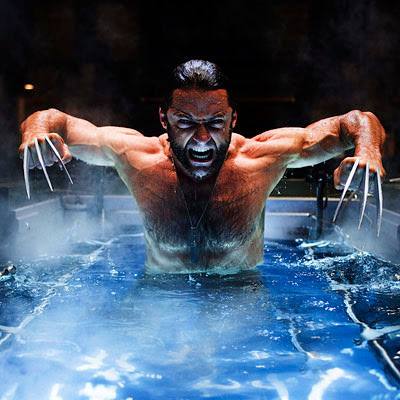 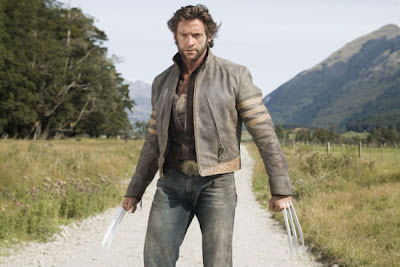 The Wolverine is played by Hugh Jackman.
Hugh Jackman sang and danced as host of the 2009 Oscar ceremony.
Jackman also starred in another film last year called Australia.
Hugh would prefer that you forgot about Australia.
Now, in 2009, Jackman returns to the roots of his movie stardom.
He lifted weights so he looks tough and strong.
He looks a bit like a young Clint Eastwood, only not as mean. 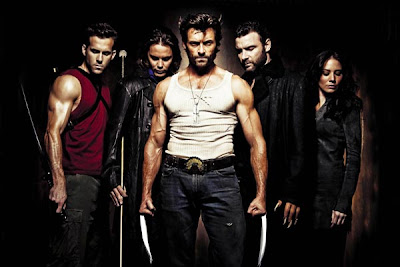 Here are the main characters of X-Men Origins: Wolverine.
Ryan Reynolds (Deadpool) can deflect bullets with his sword.
He's a bit like Wonder Woman only she uses special bracelets to deflect bullets.
Taylor Kitsch (Gambit) is a gambler who can throw a mean card.
Liev Schreiber (Sabretooth) is a lot like a sabretooth cat.
When he gets angry, he goes "Ahhhrrrrr," his claws extend, and he has vampire-like teeth.
Lastly, there's Lynn Collins as Kayla Silverfox.
Wolverine falls in love with Kayla, so that means she's likely to die.
Why does she die? So Wolverine can go "Ahhrrrrrr!" This is a photo of an actual wolverine.
Like Jackman above, he's also wet.
He's probably wondering how he can sue 2oth Century Fox for mucking up his image. 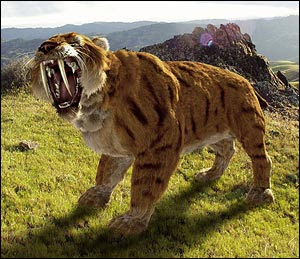 Here's a picture of a sabretooth cat.
Notice how it too goes "Ahhrrrrrr!"
Liev Schreiber acts like this for much of the movie. 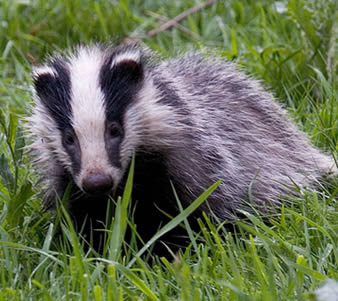 This is a photo of a badger.
The badger is in the same carnivorous mammal family as the wolverine.
The Film Doctor thought it would be appropriate to get a badger involved somehow. 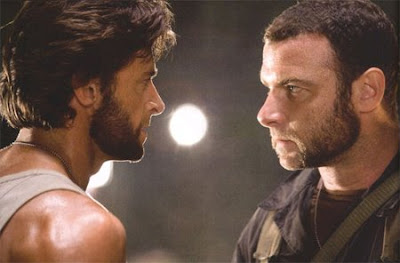 Here's Wolverine and Sabretooth about to fight.
Jackman will go "Ahhhhrrrrr!"
Schreiber will also go "Ahhhrrrrrr!"
They will slash each other with their various claws and blades.
But since they are mutants, they always heal quickly.
So they can fight again.
Sabretooth can also run on all four legs(?) like a cat.
They are probably fighting, still.
And that's all you need to know to understand X-Men Origins: Wolverine.
Labels: X-Men Origins Wolverine

T.S. said…
Ha ha, this is such a great angle from which to approach Wolverine. Very, very funny.

The photos also make the whole thing work better; I'm sure something like could be done in print, but it feels to me like the seemingly limitless boundaries of the Internet make this possible, and kudos to you for jumping (pouncing?) on the moment.
May 2, 2009 at 10:28 AM

Ric Burke said…
Fantastic. This had me howling with laughter.

Richard Bellamy said…
FilmDr - Thank you. This is awesome. I had just gotten home from seeing Wolverine, and I opened my blog, noticed your post - and its tone seemed to match exactly how I felt about the movie.

Realizing that I couldn't take one more "Ahrrrr" or one more "ka-ching" of adamantine when Wolverine unsheathes (is that the right verb?) his claws, I concluded that I am totally done with superhero movies. I just can't take them anymore.

This one lost me when Wolverine gets in the ring with the mutant with the weight problem. Here you have a ludicrous scene that belongs in a bad comedy and they take the opportunity for blatant product placement as Wolverine's friend leans under the ropes and places down his Budweiser, turning the bottle so that the label is centered.

Then the rest of the movie goes through the standard motions - growling, unsheathing of claws, fights, and mutants with inexplicable powers. The gambler dude with the nasty cards - what was his power? He could take a pole, jam it into the ground, and make everything jump? Oh.

Also, there's a mistake in the movie. Originally, before the adamantine turns his claws into long, shiny blades, his claws were bumpy and yellow - more like real claws. But when he's in his mountaintop cabin with his girlfriend and he wakes up from having bad dreams, his claws come out looking like shiny blades.

The Film Doctor said…
Thanks, T.S. I like the way photos and writing can contrast in ways that one would never think of for a newspaper piece.

Thanks, JUS. Is it a spoiler if the film is a prequel?

Of course, I probably wouldn't have thought of the badger without the help of the Trojan Bunny scene in Monty Python and the Holy Grail.

I'm glad to hear that you share my views, Hokahey. I understand your pain. Gambit, I believe, has the ability to concentrate energy into something, his cane, or a card, and therefore do damage. I didn't notice the blooper. I was struck by the fat man scene too, in part because one wouldn't think it was very appealing to advertise Budweiser in the midst of it, and because that visual joke wore out with Austin Powers.

The film is so very very simple, given its massive budget and technically accomplished action scenes (which I did sometimes enjoy). It basically celebrates male aggression. Where have we seen this don't go to the animal (dark) side before? Conceivably, Schreiber's role could have been kind of interesting, given his remorseless savagery, but there's something about the PG-13 rating and the inept dialogue that blands him out.
May 3, 2009 at 9:14 AM

Richard Bellamy said…
And then, of course, there are the many parallels between this film and Watchmen - so recent in our memories:

Fox said…
Why does she die? So Wolverine can go "Ahhrrrrrr!"...

Haha! You just knew when she was telling Wolvie about the indian who screams for his woman in the night that he was gonna let one out. And then, of course, the over the head fly away crane shot to give it effect.

I feel bad for that badger b/c he looks like a skunk. I wonder how many times he gets confused for one. That must suck.

But what if I didn't want to understand "Wolverine"? What if I don't give a rat's ass?

I didn't notice the similarities with Watchmen, but I also enjoyed the opening multi-war montage. I kept thinking Saving Private Ryan? Platoon? As Wolverine repeatedly tries to calm Sabretooth down, already the essential silliness of the movie is apparent. I tend to use Spiderman 2 as the basis by which I judge superhero films.

I enjoyed the sensation of knowing that Kayla will die just because of the disproportionate screen time she gets early on. The film attempts to acquaint us with her just enough to share Wolverine's grief, but instead I just got a strong sense of her disposability for narrative convenience, just as various women serve as convenient maidens in distress toward the end.

viagra online said…
this movie was so spectacular, the effect, the schedule, and pf course the crew, hugh jackman is now and forever the perfect wolverine, in X-men and any movie related with this character.
July 20, 2010 at 2:38 PM