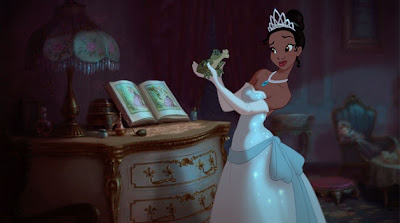 ---Filmstalker brings on the unrated trailer for Doghouse, a feminist British zombie movie (!?!) in the tradition of Shaun of the Dead. I like the scissors.
---David Bowie's son, Duncan Jones promotes his intriguing science fiction film Moon with its "palpable mood of isolation and paranoia."
---Bill Wasik talks to Salon about our strange new viral culture:
"I would say that for 90 percent of culture makers coming up today, your break is going to be online. And the way that you're going to know you had your break is going to be numbers. It isn't going to be a single person, like an established poet, or an established musician coming up to you after a show or responding to a piece of writing you sent them and saying, I really believe you can do it. Instead, it's like this giant hive mind will pluck out something that you've done and say, this we love, this we bestow the pleasure of 2 million hits on. From there on out, you're going to use those cues you get from this giant machine to tell you what to keep doing and to tell you what to stop doing. And that to me is potentially scary in all sorts of ways. The hive mind selects for a certain kind of thing, it selects for culture that is instantly digestible, it selects for culture that is sensational in a certain sort of way."
---Greg of Cinema Styles summarizes all he has learned about movies since he started blogging.
---An interesting new Disney debate just getting started--the race-related politics of the upcoming The Princess and the Frog. Craig Kennedy's post claims "Damned if it does and damned if it doesn't." John McWhorter of The New Republic finds that "Disney Gets It Right" this time.
---Speaking of race-related politics in film, T.S. of Screen Savour takes another look at Griffith's The Birth of a Nation (1915) as part of his "summer of silent cinema" series:
"The Birth of a Nation and its politics are inseparable; one comes forth from the other, and vice versa. It is unfair to ask for consideration of the film with its racism set aside because it is truly impossible, and such, an irrevocable flaw in the fabric of the work. This tension between exacting attention to technical detail and a lack of control whatsoever over the political elements is the chief angle for criticizing the film. If the film's best-made scene is the Lincoln assassination (where technical construction seems perfectly and acceptably in tune with political messaging), then the film's worst scene occurs in the second half when a single white man fights off ten black men — and if it weren't for a gun, he'd win! It is flagrantly ridiculous, both in its absurd portrayal of white (and masculine) supremacy and for the way it treats the audience, fabricates its own vulgar mythology, and entrenches itself deeper into moral obsolescence. It is a lack of control on Griffith's part that makes the film spiral away from the audience in these moments."
---For NYT, Douglas Quenqua looks at all of the sad, abandoned blogs out there. On the other hand, Scott Kirsner of Cinematech uses the internet to promote his book, Fans, Friends, and Followers: Building an Audience and a Creative Career in the Digital Age and his movie We Are the Strange. Pretty impressive. Also, Josh Quittner of Time explores how some are making it rich slowly on the internet.
---Film in Focus interviews Erin Donovan of Steady Diet of Film for their always entertaining "Behind the Blog" series:
What separates journalism from blogging?"A lot of bloggers consider themselves citizen journalists, I think that's an interesting approach. Blogging on the whole though seems to be more about chasing the story that will garner the most hits that day, journalism is about maintaining a public record. Maybe I can be a purist because I don't really consider myself one, but journalism is the fourth pillar of democracy and is at its best when it's audience-agnostic.Something that fascinates me about the transition from print to online news resources is the struggle facing editors and writers who want to write longer, more in-depth pieces but have to contend with what ultimately drives traffic (which by all accounts is sex, celebrities and listicles). I wind up unsubscribing from great sites because I can't stand all the noise. I think a great interim solution would be creating more specialized RSS feeds (the Onion AV Club is really good at this) because I'm extremely interested in reviews, festival coverage and technology news but couldn't care less about casting rumors, leaked screenplays or blog drama. I haven't resigned myself to the idea that documentary, indie and international films should have to settle for crumbs. We just need to get better at marketing."
Labels: Notable film and media links

The Film Doctor said…
My pleasure, T.S. I have sometimes wrestled with Griffith's The Birth of a Nation in film class. Like some sort of minstrel show Citizen Kane (in terms of innovative technique), Nation is one exasperating film to analyze, and you do an excellent job.
June 12, 2009 at 7:42 AM

Invisible Woman said…
I'm sorry to be a rabble-rouser, but I for one long for the day when folks will stop writing about Birth Of A Nation and all of it's "amazing technology" and acknowledge it for the disgusting hate filled fest that it is, and finally let it die it's very well deserved death.

One of the side benefits of this death is that the one or two Black people in film studies (like myself) won't have to feel the hot shame and guilty glances from the teachers and other students in class when clips of this "groundbreaking" film are shown.
June 14, 2009 at 10:30 AM

The Film Doctor said…
Good point, Invisible Woman,
I have never shown The Birth of a Nation in class, but bits and pieces of it show up in a compilation of historic film clips, which obliges me to say something about the movie, and it is always very difficult. In his History of Narrative Film, David Cook proclaims Griffith "perhaps the greatest cinematic genius in history." It's hard to square that kind of assessment with the images of African Americans in A Birth of a Nation.
June 14, 2009 at 1:40 PM