The pleasures of a clean design: notes on Objectified 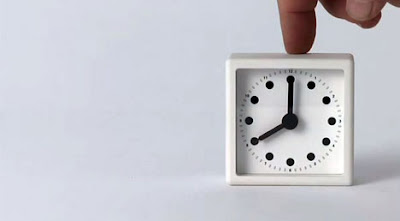 In the current crowded and distracting cinematic landscape, I found it pleasant to sit down to Objectified, a modest documentary about everyday design by Gary Hustwit, the maker of Helvetica. Hustwit trains his camera on about seventeen designers as they fiddle with garden shears, wander around their Japanese gardens, or brainstorm ideas with Post-It notes on a wall. Some notes:
1) I liked how designers aesthetically present themselves. Amongst the guys, beard stubble, severe haircuts, and hipster plastic-framed glasses are very popular.
2) Designers tend to have very clean workspaces that emphasized how cluttered my life is in comparison. Much of modern life, both indoors and out, is full of crappily designed stuff. Objectified tends to focus one's attention on small items, like a Japanese toothpick or a potato peeler, and appreciate the story behind it.
3) Much of good design depends on a process getting rid of things that detract from the functionality of an object. For instance, the iphone devotes itself to the small screen. Nothing else is needed. Good design often entails stripping away superfluity until one arrives at a Zen-like streamlined thing.
3) What are some of the best companies in terms of design? Apple, Ikea, and Target.
4) We are in the third wave of design. Due to the microchip, there are fewer reasons to shape objects the way we are used to. For instance, the digital camera no longer has any reason to look like an old-fashioned film camera, but we want it to look like that out of habit. The designers are sometimes exasperated by the way people accept leftover "horse and buggy" design elements into our lives. There's no reason to ever sit in an uncomfortable chair ever again.
5) I liked the way Marc Newsom leaves various fabrics and metals lying around his studio to inspire him. He says he's basically inventing the future, and he's trying to not allude to the past at all. It looks like a great way to get paid to play.
6) Objectified sags a bit in the latter third as it confronts the question of sustainability. Most everything these people dream up end up in a landfill somewhere, and the need to invent sustainable design is just getting started. Hustwit focuses on workers stripping used computers for parts, but the thought of things like cardboard cell phones doesn't amount to much yet.
7) Regardless, designers shape a future where the objects we choose to surround us increasingly define ourselves, and I liked Objectified's quiet assertion of that fact.
Labels: Objectified

The Film Doctor said…
My pleasure, Craig. I could have criticized Objectified more for its more generic shots of people waiting at stoplights in their cars, or walking around checking their cell phones as electronica plays on the soundtrack, but Hustwit treats the viewer like an intelligent adult, and I liked the way the film invites meditation, concentration, and focus. That's outright weird.
November 21, 2009 at 1:25 PM

Mitch said…
"Helvetica" was a very interesting film, to say the least. This feels like something in a similar vein. How did you feel about the first film?
November 29, 2009 at 7:19 PM