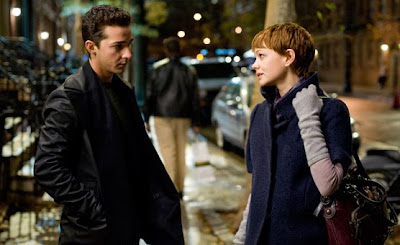 ---the end of anonymity:
"TAT built the augmented ID demo, called Recognizr, to work on a phone that has a five-megapixel camera and runs the Android operating system. A user opens the application and points the phone's camera at someone nearby. Software created by Swedish computer-vision firm Polar Rose then detects the subject's face and creates a unique signature by combining measurements of facial features and building a 3-D model. This signature is sent to a server where it's compared to others stored in a database. Providing the subject has opted in to the service and uploaded a photo and profile of themselves, the server then sends back that person's name along with links to her profile on several social networking sites, including Twitter or Facebook."
---also, cell phone tracking without a warrant
---the global debt crisis is the new cold war
---the best comics of the decade
---seeking a graduate humanities degree?
"Most undergraduates don’t realize that there is a shrinking percentage of positions in the humanities that offer job security, benefits, and a livable salary (though it is generally much lower than salaries in other fields requiring as many years of training). They don’t know that you probably will have to accept living almost anywhere, and that you must also go through a six-year probationary period at the end of which you may be fired for any number of reasons and find yourself exiled from the profession. They seem to think becoming a humanities professor is a reliable prospect…and, as a result, they don’t make any fallback plans until it is too late…The completion of graduate school seems impossibly far away, so their concerns are mostly focused on the present…."
---poetry overkill:
"Doesn't the test of time always separate the silver and gold from the dross so that great poetry can emerge, if not for current readers, then for future ones?My answer is that time has never been asked to test the astounding number of poems being published today, let alone what promises to be published in the future. To truly survey 21st-century poetry, future English professors will have to limit the scope of their courses so severely as to invite laughter. Professor X might specialize in the month of May 2049 while Professor Y concentrates on the first week of September 2098."
---how much longer can shopping malls survive?
"A side effect of the securitization of real estate was the commoditization and standardization of place. Banks were only willing to underwrite what they knew, and what they were confident could be traded in large commodities. They didn't know much--Leinberger identifies only "nineteen standard real estate product types" Wall Street is willing to deal with. That covers everything: home, office, retail and industrial. The list was liable to change at any moment as some types became overbuilt and were replaced with other, formerly nonviable ones. If your project didn't conform to the one of the nineteen types, "you either did not get financing, or if you did, it was far more expensive."This is how every place began to look like every place else. The landscape became liquid. As Tom Wolfe described the exurbs of Atlanta in A Man in Full, "The only way you could tell you are leaving one community and entering another is when the franchise chains start repeating."
---Luke Wilson gone to seed
---economic growth and ecological bankruptcy
---David Cronenberg's disembodied cinema (with thanks to Catherine Grant):
"Cronenberg goes where few other filmmakers dare in seeing us, like every other living creature, as essentially mutants, freaks of evolution—and what’s to say we can’t evolve or mutate further? Why limit our biological destiny? He is able to enfold the specific human dramas of illness, divorce, psychosis, sex addiction or whatever, into the question of what further states of being might be implied or unlocked by these conditions. For Cronenberg, if no one else, a disease-of-the-week movie is ripe with potential—imagine if sickness, rather than just a grim fact of existence, could be seen as a kind of reproductive activity between our own cells and those of a hungry alien life form."
---planet war
---Lady Gaga and social media
---Wall Street's bailout hustle
---bloopers from 1936
---postmillenial tension
---the long-term unemployed
---riot grrrl revolution
---lastly, live-blogging the Friskies ad
Labels: Notable film and media links