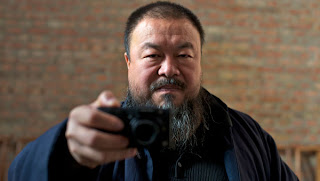 ---"The Divide" wastes no time before launching into an exasperating tale of anarchic dread. The descent into hell begins with a horde of frantic residents dashing to the cellar in the wake of a nuclear attack and grows increasingly morbid from there: Rape, disfigurement and cannibalism figure into the ensuing drama, but it's the accumulation of these incidents, rather than their specific shock value, that gives "The Divide" a lasting effect.

When the doors close and the dust settles, the resulting group enters into a power play that starts with confused attempts to ration supplies and mobilize the remaining resources. Their stability only lasts as long as it takes for masked gunmen to burst through the doors and unload a few rounds before sealing the remaining survivors into their self-made tomb. (Why? "The Divide" cleverly wastes no time with distracting context.)

---"The recession we’re in has intensified a bunch of trends that were already gathering force, and already pushing people into accordion families. Those trends included a real downdraft in the capacity of young workers to find their way. That has really spread as downsizing has gathered force, as jobs have been outsourced. It’s become a much more competitive labor market, and an employer can be incredibly choosy. That leaves young workers at a disadvantage. And as much as they have a hard time qualifying for those jobs, the jobs themselves have increasingly become short-term, part-time or unpaid altogether. Now, to become a qualified professional, many middle-class American kids are going to have to spend many years in completely unpaid internships. So they finish college, or in the course of going to college, they spend years upon years working in jobs that used to pay money and don’t anymore because this market is so crowded. Well, if you’re going to spend years interning somewhere so that you get the kind of experience that will cause an employer to look at you seriously when there’s a paid position, how in the world are you going to manage if you have no income? You’ve got to live someplace. So, in households that can afford it, parents are making it possible for their kids to gather those credentials that will allow them someday – they hope – to launch at the level they’re expecting." 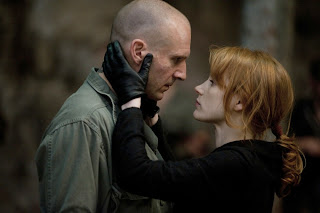 ---trailers for Advanced Style, Coriolanus, Ai Weiwei: Never Sorry, and Keanu Reeve's Side by Side

---"The Art of the Modern Movie Trailer"

---Why would Purell want to be associated with torture?

---"Documentary Films in the Digital Age"

---an interview with Frederick Wiseman

---"How do you develop attentional literacy, the ability to be working on the right stuff at the right time and not necessarily frittering your time away, looking at Facebook and whatever else it is you do?"

---"The Revolution Will Be Graphic-Designed"

Benny said…
After Ai Wei Wei and his supporters dealt with the verdict of tax evasion, how would they respond to the equally absurd accusation that the artist has been “spreading pornography”?