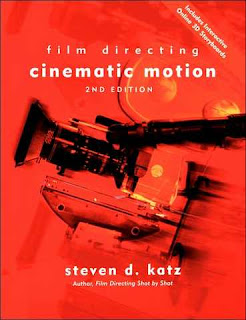 Yesterday the video production class began preproduction for their larger short film with the working title Entrapment, and they have a little over a week to make it.  In comparison to previous years when students obliged me to drive all over town to visit various locations, this class chose one: an antebellum mansion that once presided over 800 acres.  The picturesque house sits on top of a hill that overlooks a large lake surrounded by old trees festooned with Spanish moss.  The story for the film basically concerns two teenagers who visit the place on a dare at dusk, but then have trouble getting out.

On Friday morning, as one group finished editing the action short now entitled Indiana Joe, I worked with the rest in coming up with more ideas, images, and lines of dialogue for the horror film. We watched trailers for The Strangers and the upcoming Silent House for ideas.  We also visited the mansion in the afternoon, and it should work well for our purposes. The house has its own legend which concerns a man hiding himself and his valuables in a secret ceiling hideaway up above a closet in the middle of the main floor when the Yankees came through.  The house's owner also assured us that even though she didn't believe in ghosts, she didn't want our shoot to interfere with the Captain (of the Confederate Army) who has been seen spectrally walking around the place.  She also pointed out his cane in a little nook of the main hallway. If she ever sells the place, the new owners would have to agree to keep the cane there as a kind of ancestral duty. She is being exceedingly nice to let us shoot there for 2 to 3 days next week.  Perhaps, on the side, the students should shoot a found-footage video about a film class that suddenly vanishes in the midst of setting up the lighting in the attic on the last night of the shoot.  Five years later, someone finds a memory card in the rubble of the abandoned garage . . . .

Araby said…
Hmmm, some meta filmmaking? That sure would be interesting. Perhaps they could shoot a film parodying past films made in the class. Sounds like that would be fun to make (and watch.)
January 11, 2012 at 10:15 PM