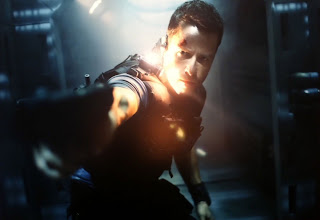 ---the climate and The Wall Street Journal

---journalists arrested: "The United States (47th) also owed its fall of 27 places to the many arrests of journalist covering Occupy Wall Street protests."

---"It's bad enough that Google can build up a massive and—if we're honest, slightly scary—profile of my activities, but it will be a lot worse when Google and Facebook and Procter & Gamble all get together to merge these profiles into a single uber-database and then sell it off for a fee to anyone with a product to hawk. Or any government agency that thinks this kind of information might be pretty handy."

---"It’s not just that everything we once committed to memory we now store externally on devices that crash or become obsolete or are rendered temporarily inaccessible due to lack of coverage. And it’s not that we spend a lot of time storing, organizing, pruning and maintaining our access to it all. It’s that we’re collectively engaged in a mass conversion of what we used to call, variously, records, accounts, entries, archives, registers, collections, keepsakes, catalogs, testimonies and memories into, simply, data."

---the trailer for Lock-Out

---"It’s wildly under-appreciated how unrestrained is the Government’s power to do what it wants." 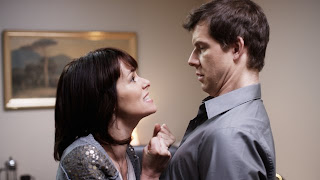 ---"But now movies aren’t making money. That’s no secret. They’re not making money. So now we can go back to being more experimental, and maybe we can have conversations about it again, be more authentic. I think the whole Occupy Wall Street message is really about the individual. About not being judged by how much money you make. Hopefully there is more to this. Because you know what? I really like movies about human beings, I’m tired of laughing at people pooping and throwing up, and being gross, and I want to hear a new voice. I want to see something more human and charming, and I don’t want to see people try to shock or provoke me."  ---Parker Posey

---"Our growth is generally dependent upon our ability to obtain new contracts to develop and manage new correctional and detention facilities. . . . The demand for our facilities and services could be adversely affected by the relaxation of enforcement efforts, leniency in conviction and sentencing practices or through the decriminalization of certain activities that are currently proscribed by our criminal laws. For instance, any changes with respect to drugs and controlled substances or illegal immigration could affect the number of persons arrested, convicted, and sentenced, thereby potentially reducing demand for correctional facilities to house them."

---As anger rises, riots on the streets of American cities are inevitable. “Yes, yes, yes,” he says, almost gleefully. The response to the unrest could be more damaging than the violence itself. “It will be an excuse for cracking down and using strong-arm tactics to maintain law and order, which, carried to an extreme, could bring about a repressive political system, a society where individual liberty is much more constrained, which would be a break with the tradition of the United States.”

---the history and future of web protest

---lastly, the problem with joking on Twitter
Labels: Notable film and media links

The Film Doctor said…
Yeah. It appears that if you protest, attempt to cover a story about a protest, crack a joke on Twitter, or share information on Google and/or Facebook, then you risk trouble.
January 31, 2012 at 9:49 PM