sketches from Portlandia and other links 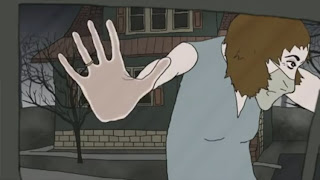 "It's not surprising that my reaction to The Descendants vacillates between admiration and annoyance; that's been my reaction to nearly every Payne film. I went into this conversation loving Election while harboring a lot of ambivalence about his oeuvre as a whole, and my opinion hasn't been changed by this latest work, nor by revisiting his filmography. He's an interesting and contradictory director, though, a curious blend of the humanist and the cynic; he often just mockingly eviscerates his characters, but he's also proven himself capable of much more nuanced portraits that reveal the beating, fallible human heart beneath the caricature. That's Payne at his best: when he sets up a character like Tracy Flick, or Sid in The Descendants, who seems to be little more than a target for his derision, until he peels away the layers and locates the humanity, the sadness, the unexpected complexity of these seemingly simple characters. The moments when he achieves this delicate balancing act are the bright spots in an uneven but undeniably intriguing career."

---a history of found-footage horror movies

---"In a sense, Inglourious Basterds is a form of science fiction. Everything unfolds in and maps an alternate universe: The Movies. Even Shosanna's Parisian neighborhood bears a marked resemblance to a Cannes back alley, complete with a club named for a notorious local dive. Inflammable nitrate film is a secret weapon. Goebbels is an evil producer; the German war hero who pursues Shosanna has (like America's real-life Audie Murphy) become a movie star. Set to David Bowie's Cat People title-song, the scene in which Shosanna—who is, of course, also an actor—applies her war paint to become the glamorous "face of Jewish vengeance," is an interpolated music video. Actresses give autographs at their peril. The spectacular climax has the newly dead address those about to die from the silver screen." --A. J. Hoberman

---trailers for The Flame Alphabet, The Dark Knight Rises, and Upside Down

---lastly, Raiders of the Lost Archives