16 reasons to like the Coen brothers' Inside Llewyn Davis 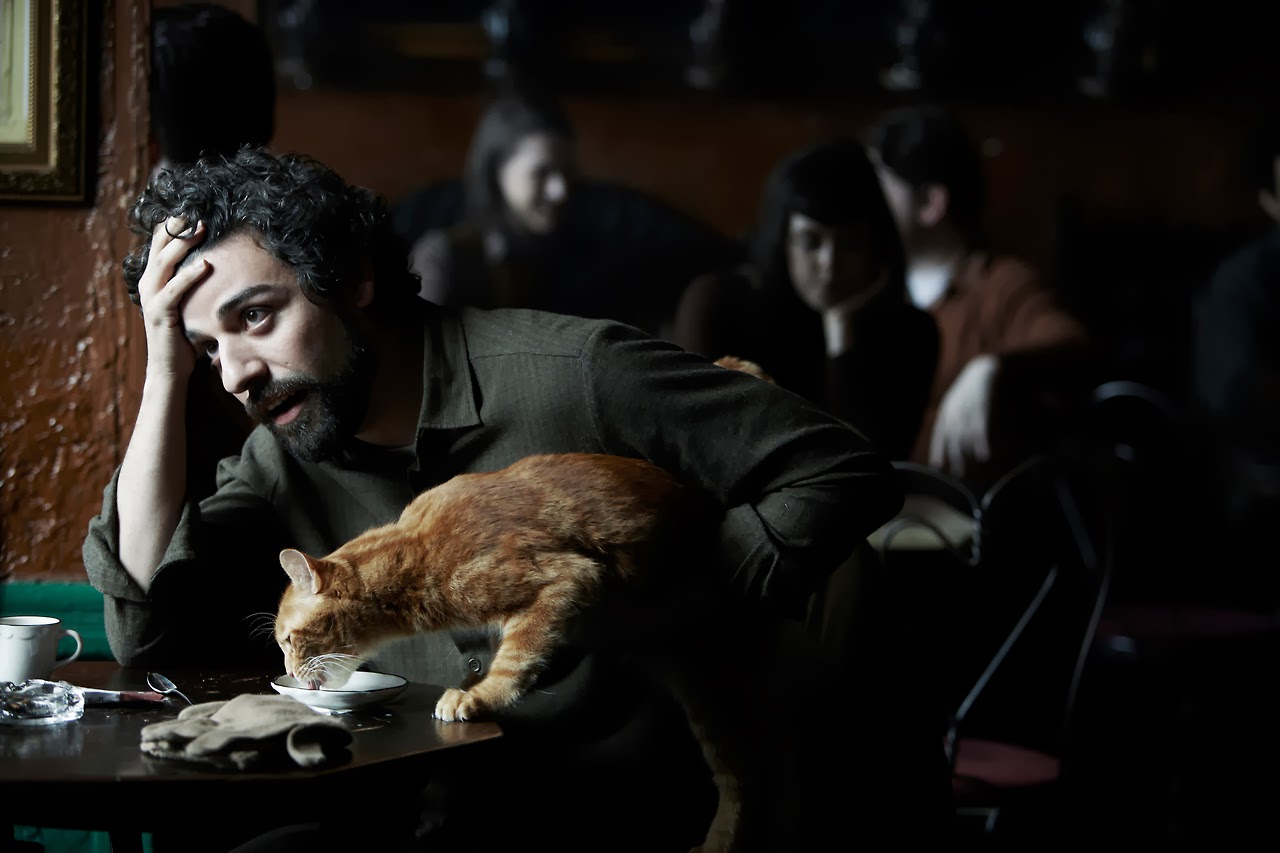 2) because the Coen brothers' use of light always falling "off into darkness" and 1950s frumpy fashions give the film a rumpled lived-in quality.

3) because it oddly makes one like folk music, in part because Davis has mixed feelings about it.

4) because everything in the movie leads to Bob Dylan, and yet Dylan remains a distant figure who hasn't arrived yet.

5) because Llewyn Davis depicts the absurd quest of an artist, and the integrity of that quest, even as it maintains its absurdity.

6) because Oscar Isaac (Davis) himself looks like the kind of guy who has always been passed over by others for leading roles, and, ironically, now that he has one, his character is still left out in the cold.

7) because Llewyn Davis does not compromise.

8) because the movie's Kafkaesque sense of nonarrival evokes the Coen brothers' 2010 A Serious Man.

10) because Oscar Isaac and Carey Mulligan (as Jean) get to revisit their relationship in Drive (2011).

11) because Davis' constant attempts to sleep on other people's sofas resembles the itinerant lifestyle of Hunter S. Thompson.

13) because Inside Llewyn Davis mocks the facile hero-worship of the Beats in 2012's On the Road.

14) because Inside Llewyn Davis emphasizes the delusional end result of a doomed romantic quest.

15) because, like the blues, Inside Llewyn Davis is ultimately concerned with loss and failure that somehow proves to be far more affirmative than so many other recent movies with their programmatic built-in uplift.

16) because Davis is surrounded by total indifference, and yet the filmmakers care enough to depict him well. The film operates along the knife edge between these extremes.
Labels: Inside Llewyn Davis

tom hyland said…
Wonderful analysis of this marvelous film/. #15 may be the most insightful of all; yes, despite this being a look at a downbeat individual, this is an affirmative film.
January 27, 2014 at 3:02 PM

The Film Doctor said…
Thanks, Tom.

I like the way Inside Llewyn Davis expands in the mind after one sees it, quite the opposite of my reaction to most films. I've been reading the Dave Von Ronk book The Mayor of MacDougal Street, and even though one does learn of Dave sleeping in various apartments and travelling to Chicago abruptly, the tone of the book and the movie are very different. The original folk singer comes across as much mellower and funnier than Llewyn Davis in his lonely artistic crusade.
January 27, 2014 at 4:34 PM