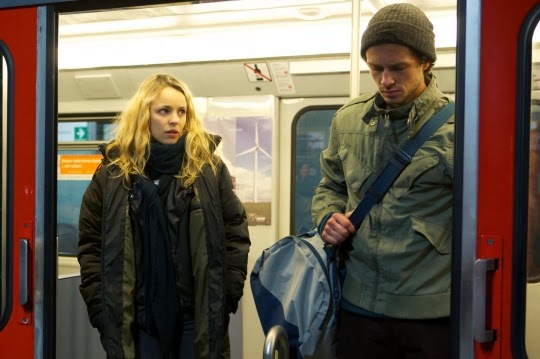 ---the Three Reasons collection of @Criterion

---behind the scenes of The Spectacular Now and Her

---The Inversion and Symmetry

---"I don't think there's an independent movie business anymore, there are only a few distributors, and they are not financing the films; they only agree to distribute them."  --John Sayles

---“We now live in a society in which a person can be accused of any number of crimes without knowing what exactly he has done. He might be apprehended in the middle of the night by a roving band of Swat police. He might find himself on a no-fly list, unable to travel for reasons undisclosed. He might have his phones or internet tapped based upon a secret order handed down by a secret court, with no recourse to discover why he was targeted. Indeed, this is Kafka’s nightmare and it is slowly becoming America’s reality.”

---"On Robert Bresson" by Masha Tupitsyn

---the end of The Last Days of Disco

---"Jordan, in The Wolf of Wall Street, has an opportunity to confess, return the money he fleeced from his clients, and take his punishment. Instead, he insists that everything he’s done has been for his friends—the staff of the firm—and they deserve to succeed as he has. (Even though he is deceiving them too; he buys shares in their own IPO and orders the salespeople to push that stock.) What shocks many viewers about the film, I suspect, is that Jordan doesn’t become a better person in the course of his adventures. His punishment is light, he learns nothing, and by the end of the film he’s as amoral as he was when he started the company. ('Sell me this pen.') As sometimes happens, the interest of the plot comes from watching a gifted, resourceful scoundrel adapt his techniques to changing situations." --David Bordwell

---Evolution of the Dolly Zoom

---"One day Will and I rode past a white Queen Anne in Poletown on a quiet corner. Next to it sat two empty lots, plenty of space for a dog and a garden, a shed and a pond. The neighbors were friendly and kept their homes well-maintained, but there were four other abandoned houses on the block. The neighbors said the Queen Anne had been abandoned for a decade, simply left behind by the previous owner like a shredded tire on the highway, anything of value stolen long ago. It had a mangy wraparound porch and a big kitchen, but no chimney — I could build one of those — and the first time I cautiously walked inside, I knew it would be my home." --Drew Philip 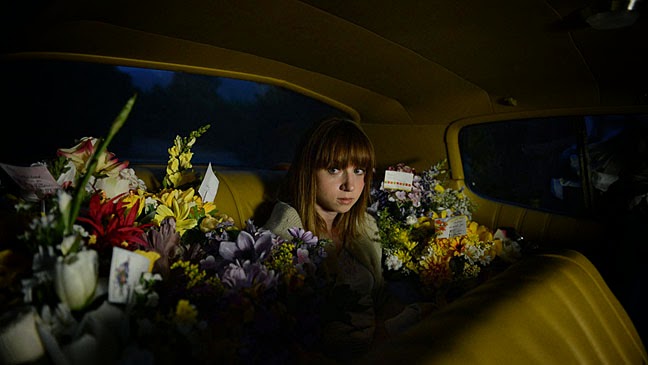 ---trailers for A Most Wanted Man, Blue Ruin, Free Ride, The Pretty One, and Listen Up Philip

---"'It's all a lie,' Solomon tells Epps after being double-crossed by Armsby. He might as well be talking about the pretenses we cling to anytime we ignore suffering and inequality around us, which for many of us is pretty often. There is a significant difference, it must be noted, between those who are legally and forcibly enslaved and those who held down "merely" by poverty, prejudice, inadequate education, limited opportunity and so on. Alas, there's less of a difference between those who looked suffering in the face and accepted it 170 years ago and those who do the same today, which is why I'm chilled to think that when I'm looking at Mistress Ford looking at a man hanging by his neck in plain view, I'm looking at me. All that's changed are the circumstances." --Jason Bellamy
Labels: Notable film and media links