Interview with a filmmaker--Morgan Honaker 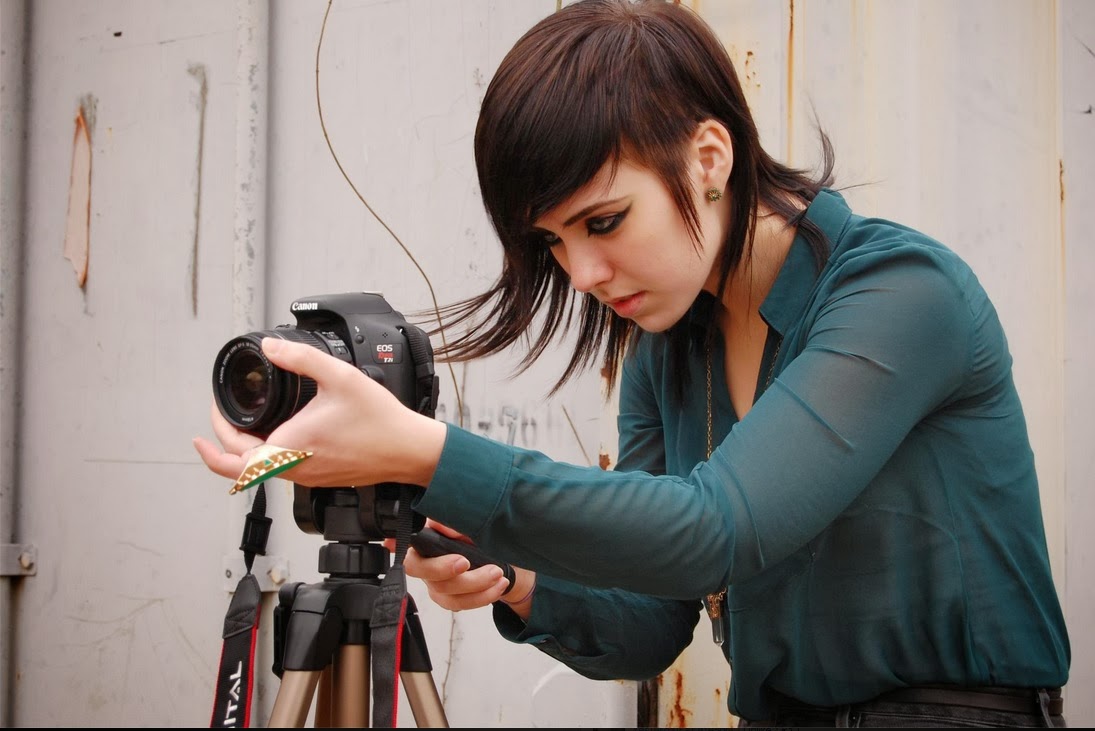 Morgan Honaker came by to visit as students shot a scene with an unruly dog by a lake near our school. We spoke on a park bench near a fountain. Morgan just finished her first semester at the University of Texas in Austin. Here's a transcript of our conversation:

FD: We are here to talk about careers in film. How are you liking it in Austin?

MH: Austin's great. I thought that after I get out of school that I'd go to LA, but now I'll probably stay in Austin because so many directors are moving down there now. Malick's moving down there. Tarantino's already there. Michael Bay is going to start shooting Transformers 4 in a couple of weeks in Austin.

FD: Why do you suppose that that is a good location for recent films?

MH: Austin has a lot of personality. It is very different out there. No one part of the city looks like the other. It's also not as crowded as LA. LA is getting just kind of overloaded with young actors and actresses and filmmakers. And Austin, although there's tons of people wanting to go into the business, it's not as crowded. I got accepted into UCLA, but Texas has the advantage that you can immediately start your RTF degree, where with UCLA you have to wait a year to start taking those classes.

FD: Some would say that you shouldn't need to go to film school. Instead, you should enter the film industry directly.

MH: I think it's a valid argument. If you want to teach film, then college can be good. Honestly, for doing film, college is not even necessary. Just to get your name out there is what's important. Even now, as I'm focusing on my studies, and making sure to get the grades that I want, I spend most of my time looking around Austin for opportunities to work in film.

FD: How did my filmmaking class help?

MH: Any hands on filmmaking experience is good. Before, I was kind of leaning towards film, but I didn't really know. What we're filming here may not be as organized as films produced in Austin, but they largely use the same equipment, taking about the same sort of time frame. Most of the movies I've been involved in take about two weeks to film.

FD: What kind of equipment would you recommend for student films?

MH: People predominately use the Canon Ti series because they provide good quality. They're expensive, but not outrageous. Rode microphones only cost about $100, and they have good quality for what you are paying for.

FD: What has been your recent project in Austin? How does it fit in with your school schedule?

MH: The school schedule is pretty easy to get around. My friends and I just finished with making a music video for a competition. We were randomly given a song, and had to make a video that was under five minutes. Now, we're working on some sort of psycho thriller horror thing that we're going to submit to horror film festivals next year, possibly South by Southwest this coming year.

FD: How did your group form?

MH: We mostly all live in the same residence hall. It's nice to have five people. That's just enough.

FD: Do you have different students with different specialties? How are the responsibilities divided?

MH: I usually take on writing and sound. My friends are more interested in doing visuals. One of them is really good with Final Cut Pro. The other two are good at the actual production part where we film and edit. We all brainstorm for the storyboards.

FD: How about money? I guess this is mostly done cheaply?

MH: On the video, we didn't spend any money. We didn't have lights so we carted around 15 desk lamps.

FD: Do you all have critical differences, problems?

MH: Yeah, we do. Three of us tend to think alike. Two of them, in particular, are more interested in making action films, so we butt heads about that alot.

FD: What tends to happen to these groups over time, such as, say, during their fourth year, or after graduation?

MH: Most people, unless they plan on teaching film, do not go to grad school. You have as much schooling as you want, but unless you go out to the field, you are not going to get hired. Students go to LA later for a semester, set up their own internship, graduate, and then return to that internship afterward. We have a couple people at Disney. Some people at Fox. Some people work for South by Southwest who stay in Austin. And there are a lot of little production companies like the Cage in Austin.

FD: You have directed movies before. Where do you find yourself leaning now?

MH: Probably something in the sound field. I think Foley artistry is really cool, especially because not a lot of people do that. Sound mixing, sound editing. I'd also like to try my hand at art direction, so I will take some theater design classes. School is useful for developing skills. Anything after four years, I wouldn't say is useless, but...

FD: Just more, when you could be getting direct experience.

FD: How do you feel about the competition given your experience recently? The job opportunities, or opportunities for creativity?

MH: The biggest factor is determination in general. I took an acting class, and the acting professor's son is one of the main writers of Sons of Anarchy right now. He went to LA and stayed there for seven years before he got a job, and now he's an executive producer and writer for the show. You've got to stick with it.

MH: The three films that you assign for your Interim class--the one minute, the five minute, and the ten minute larger project are all useful, but I recommend that you include more exercises like where you take six photographs and tell the story through the images. The better you tell the story, the more the audience will know what was going on in just six frames.

FD: That reminds me of poetry assignments, where you have to limit yourself to a stanza form, a certain rhyme scheme, a few key topics, and such.

MH: The hardest thing is the way that often student's have their stories fall apart in the third act. Exercises that force you to convey a story with very limited resources can make your stories crisper and more concise, and make them flow better.

FD: What kind of tips do you have other younger filmmakers who are just getting started?

MH: I think the most important thing, when you are sitting down to make a movie, is to storyboard as thoroughly as you can. Preparation is key. It will save you so much time later on. Aside from that, the biggest thing you should focus on is telling the story and telling it well.
Labels: Interview with a filmmaker Morgan Honaker

bd said…
Always great to hear from students who bring back what they've learned in school and in the field.
January 19, 2014 at 4:01 PM

It's always a bit fascinating for me to read/hear focused filmmakers or film students plan their trajectory. It was very different for me - while I did train in filmmaking and create some short films in my early twenties I never found myself part of a collaborative group or with any sort of game plan to follow through on opportunities. This is both good and bad (for reasons both generally clear and obscure to anyone but me); going on a decade later and having stuck with my ambitions (even if now I categorize them as free-time passions rather than career paths) I'm only beginning to deliver & whatever I will produce from here out will be pretty much a solo effort. However, the years in the wilderness taught me a lot too.

Good luck to Morgan - it sounds like she's got a good head on her shoulders which can get underrated in all the lavish praise for "dreamers", etc. that goes into encouraging young people to go into the arts.
January 20, 2014 at 1:46 AM