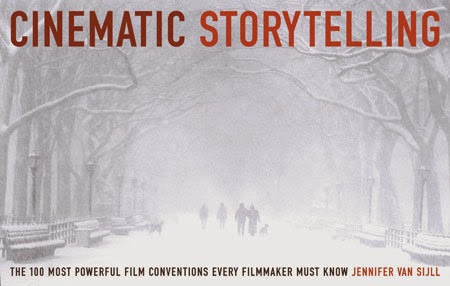 ". . . for the very first time in the history of the art form, movies really can be made for very little money. This was unheard of when I was growing up, and extremely low budget movies have always been the exception rather than the rule. Now, it’s the reverse. You can get beautiful images with affordable cameras. You can record sound. You can edit and mix and color-correct at home. This has all come to pass." --Martin Scorsese

Every year, for about a two week period, I teach an Interim filmmaking class, and every year new students consider pursuing film as a career afterwards (three of them have.) At any rate, this year's class has started well as they formed two groups: the Average Film studio, and G6 Productions. We spent much of the past two days learning filmmaking terms and watching all kinds of videos from previous years: a horror film set in an antebellum mansion, a zombie film this morning, my practice slasher film (which received respectful attention), an artier production involving an abandoned mall, a Mortal Kombat-esque fight scene, a science fiction piece involving a man who cannot love, and so on. Today, the two groups began shooting their preliminary practice videos around town. Here's the hook for one:

A man falls asleep to take a nap between classes. He wakes to find everyone gone, and when he returns to his class, the place has been disrupted, and books lie scattered around. An overturned desk has pieces of paper floating around it, including one with the bloody hand print of his friend. He runs all around the suddenly abandoned building, screaming for his friend, and eventually he collapses, overcome with grief, outside of a bathroom. Then, he hears someone weeping. He enters, he finds a strange woman shaking and curled up in the corner behind the sinks. When he lifts her up and walks her hesitantly out of the room, we notice (but he doesn't) that she doesn't have a reflection in the mirror.

I don't think that anyone, at this point, knows why she doesn't appear in the mirror. Since this group (G6 Productions) doesn't have as much experience as the other one, I tended to help them out more. They took an amusingly long time to shoot the first scene complete with extras walking about the man sleeping in a nook between classes, but they caught on soon enough. I enjoyed helping them set up the flying-pieces-of-paper shot in a classroom (we opened a window as the camera panned across the room). Their short has an indeterminate Twilight Zone horror feel that could be developed into something longer with lots of "abandoned" locations downtown, various people's homes, cotton warehouses, and questions as to why they survive and everyone else has disappeared. All of this may culminate to a bloody climax in a farmhouse.

The other group went downtown in the freezing cold sunlight by the theater to shoot a silent film involving a skipping formally dressed glamorous couple stumbling across a corpse in a park. A policeman apprehends them when they were, innocently enough, checking the body's pulse, which leads to a chase scene into an alley nearby. Eventually, the man turns in his girlfriend, and the policeman leads her away in handcuffs.  He smiles and winks at the camera.

Both studios will need to pitch longer story ideas later this week. One is considering a scenario where all of the characters gradually turn into robots until only a few have feelings left. That idea, at least, sounded better than the one that was very similar to the plot of The Fight Club. I'm concerned that someone will pitch something in the Harry Potter vein.

It seems to me that the major challenge of the class is to allow for creativity while still striving for excellence.

One student also showed up with a GoPro Hero3 camera, and I was very impressed with its wide angle footage of a dog's eye perspective as a student ran around around the building with the camera attached to some baton. That group will shoot a dog's point of view action scene (with an actual dog) tomorrow in a local park.
Labels: Cinematic Storytelling video production notes

Jason Bellamy said…
I've caught up with all of the installments, but I'm commenting here in light of the Scorsese quote at the top.

It really is amazing how "inexpensive" things are these days. I mean, it's relative. DLSR. Lenses. Memory cards. Editing software. GoPro. Even a drone quadcopter. Etc. All of that can be expensive to the hobbyist, particularly when none of that includes training time, which can be a challenge for people who need to pay for the hobby. AND YET ... those tools really ARE accessible. And for the person who wants to be a filmmaker enough to put in the time and sacrifice other things toward that dream, the financial obstacles have basically been eliminated. And that's very cool.

I've used all of those toys personally, either from stuff I've bought for myself or used for work. In both cases, I don't get as much time to "play" as I'd like to. But once a month I'll scroll through Vimeo and be inspired by what's within reach.
January 11, 2014 at 1:25 PM

The Film Doctor said…
Yes, I agree with Scorsese that there's really no reason why students cannot make reasonably high quality movies with a Canon T3i, an external microphone, and iMovie software. The picture quality improves every year. The class mostly has to work hard to create a decent sound mix. Other aspects, like the acting and the writing remain challenging regardless. As Francis Ford Coppola pointed out, some young filmmaker could become the new Mozart.
January 12, 2014 at 5:10 PM