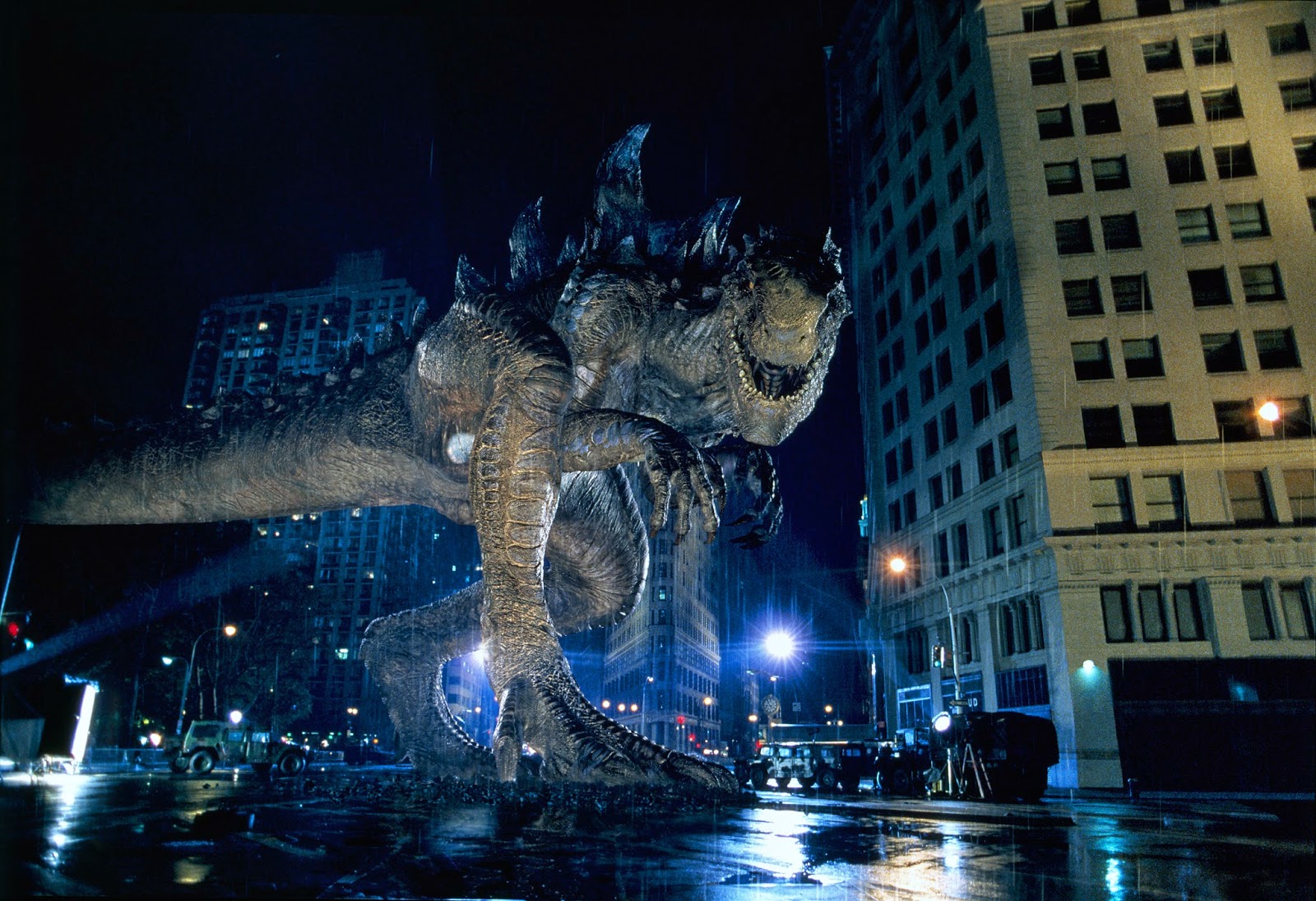 [Here's a mortifyingly unrevised review from my early newspaper days. Note the use of "y'all" and obscure 90s movie references.]

In the midst of the media blitzkrieg of TV and magazine, Taco Bell kids meal tie-ins, and Godzilla sleeping bags and lunch boxes, what is left for the poor movie critic to write? Whereas y'all have seen only bits and pieces of the big lizard beast, two legs surrounded by helicopters or his sinister eye, I have seen the whole thing.

I have been there. Thud, thud, thud, through New York City. No more little Japanese fellow dancing around the telephone lines in a Godzilla suit. This Godzilla looks very much like a Tyrannosaurus Rex, and his immediate movie influences include King Kong, Jurassic Park, and Independence Day. Made by the writer/director team who produced the event movie of last summer for Sony, Independence Day, Godzilla carries on this team's lucrative tradition of juicing up cheesy 1950's B movie scenarios, adding ironic in-jokes for the 20 something Scream crowd, and generally spending a great deal of money living out adolescent fantasies in a knowingly silly way.

The opening credits give you brown and white footage of Gila monsters staring wistfully at nuclear mushroom clouds off of the Pacific Islands, thus reminding you that the Japanese came up with the Godzilla idea in response to Hiroshima. The camera zooms in on one little Gila monster egg; what monsters lurk behind such cold war hysteria?

Cut to the Japanese fishing freighter getting tossed around the sea like a toy in a bathtub. Cut to distracted but cute nuclear regulatory scientist Nick Tatopoulous (Matthew Broderick) standing in a giant lizard footprint so big he can't even see it! Then, in my favorite scene in the movie, an old man shuffles out to fish on a dock in a drizzly New York City day. Some nearby workers make fun of him and his pitiful attempts at fishing. He drops a bobber into the water and it immediately disappears, taking his rod and reel with it. The water swells, two huge gills rise out of the water, and the old man hotfoots it across the dock as it explodes in sections behind him. Godzilla has arrived.

Is the movie any good? Like every other movie blockbuster I've seen so far, the film is too long, thanks once again to the moviemakers' trendy attempts to add "soul" to monster carnage. While Jurassic Park picked up speed with the arrival of the dinosaurs and never let up until the end, Godzilla keeps cutting to the mayor of New York getting in and out of vehicles.

There are long pockets of time when not much is going on. Godzilla has this weird ability to hide himself down in the subway system (I guess he's seen Mimic). When he disappears, we get treated to a subplot concerning Nick's ditzy blond former girlfriend named Audrey (Maria Pitillo) who uses him to help advance her career as a reporter. With her New Jersey accent and curly hair, Audrey is the un-Sigourney Weaver action heroine. She seems too scared to leave her apartment, let along face a 100 foot tall computer-generated image.

Similarly, Matthew Broderick confounds any expectations of a Bruce Willis-style action hero. He remains boyish and bemused throughout, taking a kind of New Age parental interest in the lizard's welfare. When both Nick and Audrey discover a horde of Godzillet eggs laid in Madison Square Garden, they make an impromptu TV appearance to announce the news to a stunned world, and they look and sound like little kids acting grown-up, the cutest little couple since Matthew teamed up with Meg Ryan in Addicted to Love. 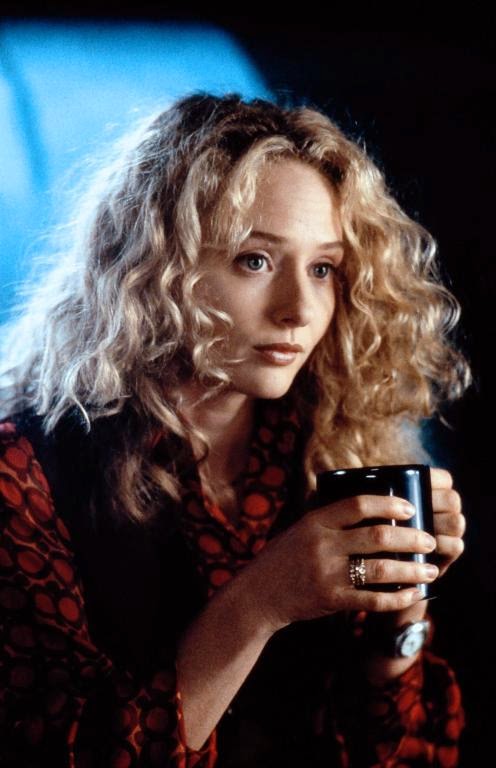 There are other little funny touches, like an ironic glimpse of Barney or the French actor Jean Reno faking an Elvis accent to get past some military guards, but you wait for the Big Scaly One to return or the arrival of his raptor-like kids. After a lull in the middle, the movie picks up towards the end with an elaborately unlikely chase scene in a yellow cab. Look for various NYC landmarks to get blown up repeatedly this summer. The Chrysler building gets whacked both here and in Armageddon.

Are you in need of a brainless but entertaining machine gun helicopter joyride through the skyscraper canyons of Manhattan? As summer fare goes, it don't get no sillier than this. Go, go, go Godzilla!

bd said…
Write or not write. There is no try.