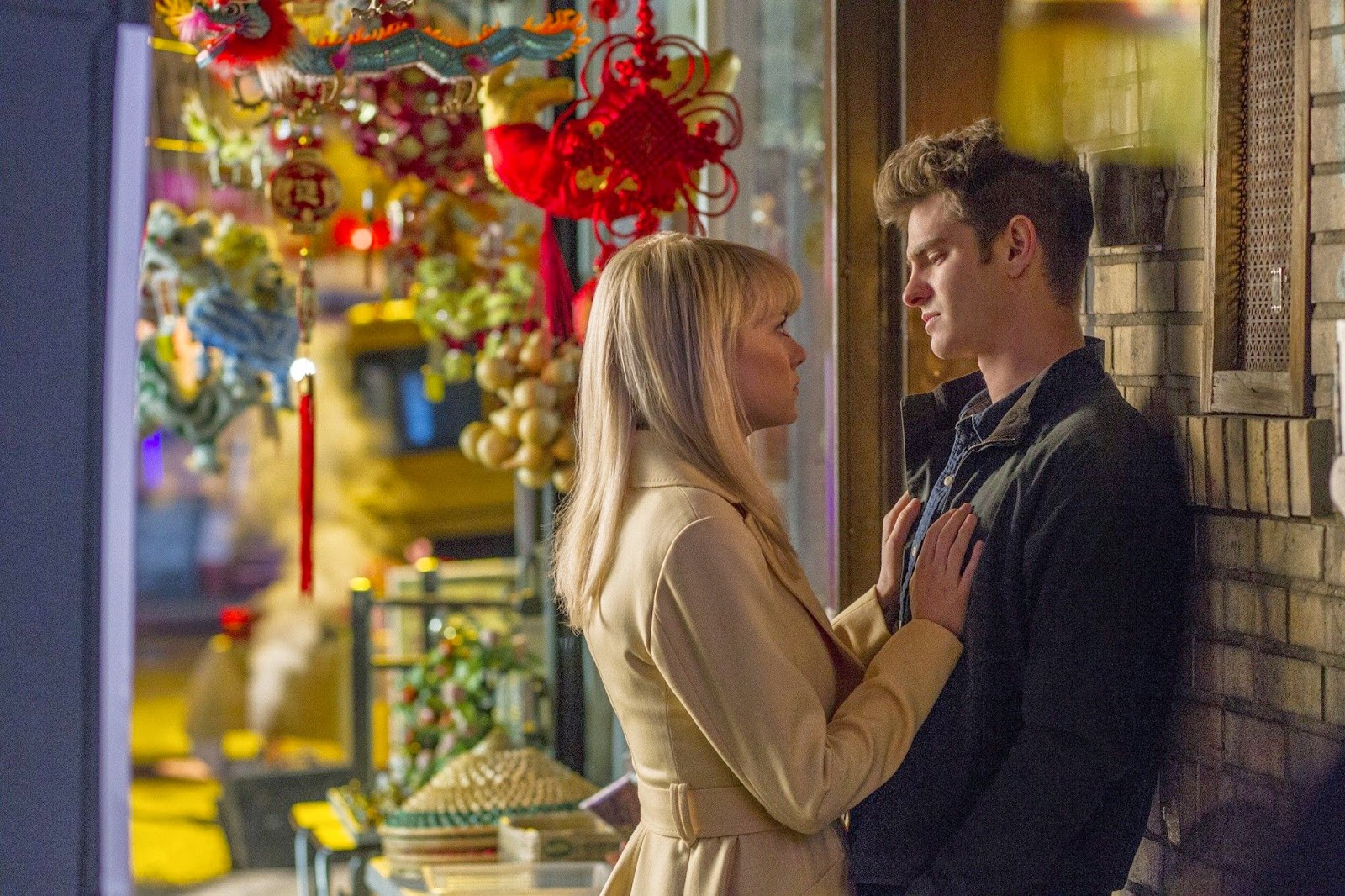 Odd aspects of The Amazing Spider-Man 2 that I did enjoy: Andrew Garfield's ludicrously extended bouffant pompadour haircut, Emma Stone's (Gwen Stacy's) brittle rubberface intensity, the movie's elaborate inclusion of the color red in every expensive carefully crafted shot (a pleasant change after all of the dreary grays and blues of Captain America: The Winter Soldier), and the postmodern goofiness of Andrew Garfield and Sally Field (as Aunt May) emoting, weeping, as she just says that she loves him, and Peter Parker replying "I love you too, but I need to know the secret thing about my father that you've withheld from me all of these years" as he also begins to tear up, each actor competing to look more torn. I liked the humorous way the movie swiftly moves from vulnerability, to action, back to ever-more contrived vulnerability, (with Gwen emulating Diane Court in Say Anything (1989) by threatening to leave for England with a scholarship), and so on.

Directed by Marc Web, Spidey 2 is so concerned with heightening the basic adolescent melodrama of the Peter Parker franchise without fundamentally changing anything, the film riffs on its own cliches, occasionally slowing down a shot to show off its intricate playfulness, hanging in midair as Spider-Man pauses over the New York canyons before swinging into his next set-piece entanglement with a bad guy driving a big truck with many NYPD cars crashing in every direction.

Andrew Garfield is, what, 31 years old now? But as Spider-Man he remains super-gawky as he listens to pop music on headphones as he moons about on his little bed in Aunt May's little flat that she somehow affords with a nursing job. Peter loves Gwen, but he cannot love her because she might get hurt, so he tells her that with an exquisitely-lit Chinatown backdrop behind them, and Gwen is perhaps starting to feel self-conscious about her lack of kick-ass powers in comparison to, say, Black Widow, so she yells "I break up with you! I break up with you!" as both actors demonstrate anguish to give their scene some tension. I guess actors have enhanced their on-screen love affairs with genuine affection ever since Greta Garbo flirted with John Gilbert in Flesh and the Devil (1926), but there's still something odd about watching Stone and Garfield cheerfully parcel out their real-life relationship on screen. They are both talented high-strung actors, but I still miss the relative mellowness of Tobey Maguire and Kirsten Dunst in the 2004 Spider-Man 2 (still one of my favorite superhero films).

Otherwise, amidst a cascade of villainous backstories, Jamie Foxx awkwardly appears as an uber-nerd engineer Max Dillon before falling into a vat full of electric eels (reminiscent of the Joker falling in something in the original Tim Burton 1989 Batman, i.e. reminiscent of every supervillain origin story ever), which initiates the development of an elaborate blue, i.e. Doctor Manhattan-esque creature named Electro who dresses more fashionably the more electricity he absorbs. At one point, within the Ravencroft Asylum for the Criminally Insane, Electro gets tied down and dipped in some solution by a cartoonish fellow with maroon lipstick named Dr. Kafka sporting a campy German accent. Also, Dane DeHaan gets several scenes as the uber-rich and pleasantly snotty Harry Osborn. His smirk reminds me of the youthful Leonardo DiCaprio, and one can best appreciate those occasional calm moments when he and Peter casually hang out together, skipping stones on the East River. At one point, Harry asks "Remember that time when Dr. Connors sought to turn everyone in Manhattan into giant lizards?" 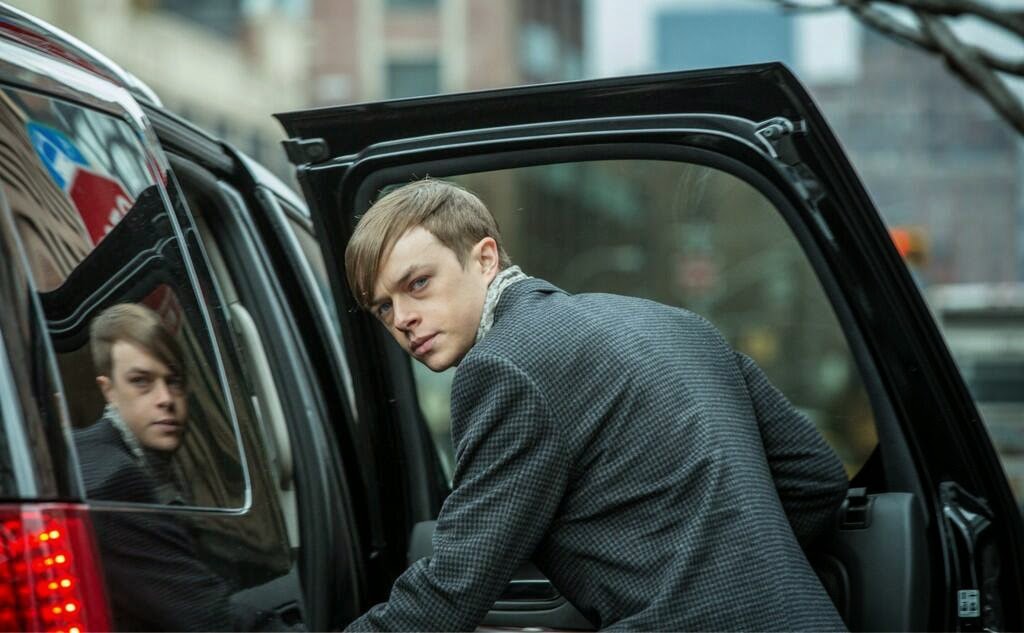