"All that shall remain will be metal": 11 notes and links concerning Avengers: Age of Ultron 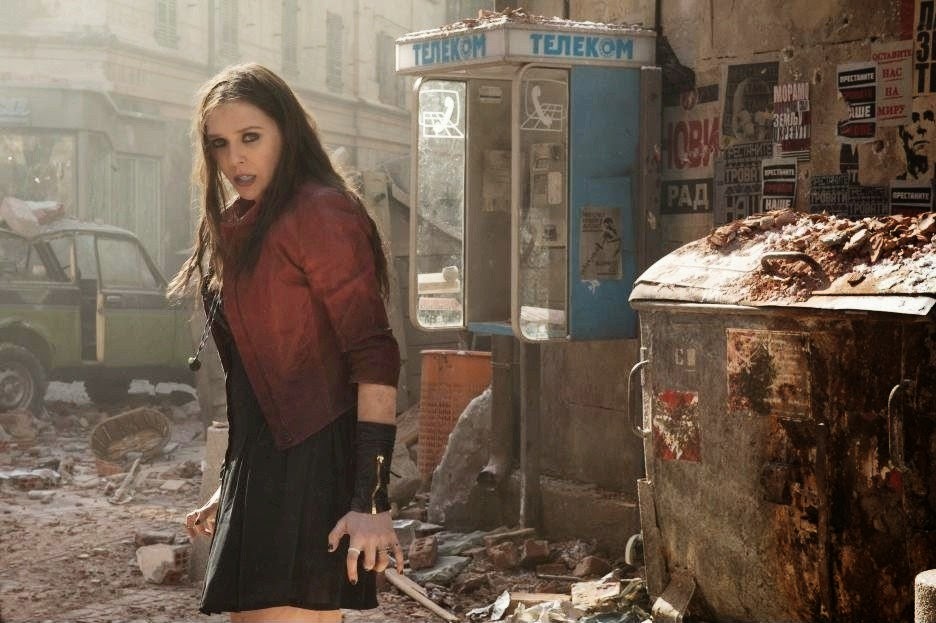 1) Age of Ultron grimly reminded me of previous easily forgettable blockbuster sequels that tend to have murky cinematography and robots colliding frequently with multiple clangs of metal. As in Spider-Man 2, someone needs to stop a runaway train, betraying a brief concern for humans. As Angelina Jolie does in Salt (2010), an Avenger jumps from a bridge onto a speeding semi. At one point, Ultron says "All that shall remain will be metal," which struck me as an apt summary of the aesthetics of the movie.

2) "A poignant moment: two robots look soulfully at each other before one flies away."

4) "By all means claim Age of Ultron as fun, but it looks very much like the kind of fun the suits want you to have – an utterly impersonal, corporate triumph. Watching these logo-simple characters (the starred shield, the arm-and-hammer, the not-so-jolly green giant), I wondered whether we weren’t meant to be cheering for the likes of Marvel, Disney, Google, Apple and Coca-Cola as they boosted their global market share." --Mike McCahill

5) "I began to forget the breathless, teetering, tottering, careening, catapulting Avengers: The Age Of Ultron about twenty minutes into its 141-minute running time." --Ray Pride

6) "[it] leaves me wondering about the fundamental emptiness of the local Cineplex, the pointlessness of summer tentpole productions full of multicolored men flying around, signifying nothing."

7) "Now the allegory involves an enemy created within, a kind of superintelligence that, becoming independent of human oversight and control, turns on those it’s meant to protect. That’s the politics of Avengers: Age of Ultron: the wars that we’re now fighting are against our own defenses run amok. It’s more like Age of N.S.A., extending the concept of the universal data-scoop to define all humans as enemies of the total-security mechanism."  --Richard Brody

8) "Far from being an incidental character trait, Natasha's inability to bear children is inextricable from "Age of Ultron's" central theme: evolution." --Sam Adams

9) “'When the Earth starts to settle, God throws a stone at it,' Ultron says at one point in Avengers: Age of Ultron. 'And believe me, he’s winding up.' That’s just one of the ways this artificial-intelligence-cum-self-multiplying-robot explains his evil plan. . . . But these plans, along with the villains who concoct them, never feel too threatening anymore."  --Bilge Ebiri

10) Didn't X-Men: Days of Future Past have a better Quicksilver (with a superior slow motion scene) than the one in Avengers: Age of Ultron?

Superhero_addict said…
I actually really enjoyed this movie. To me the Avengers: Age of Ultron was far better than the first Avengers movie. It was a lot less shallow and dealt with real issues concerning heroism, the differences between right and wrong and the fundamental contrast between Captain America and Iron Man and what they believe heroism is.
January 5, 2016 at 1:21 PM