Twitch and burn: Maps to the Stars 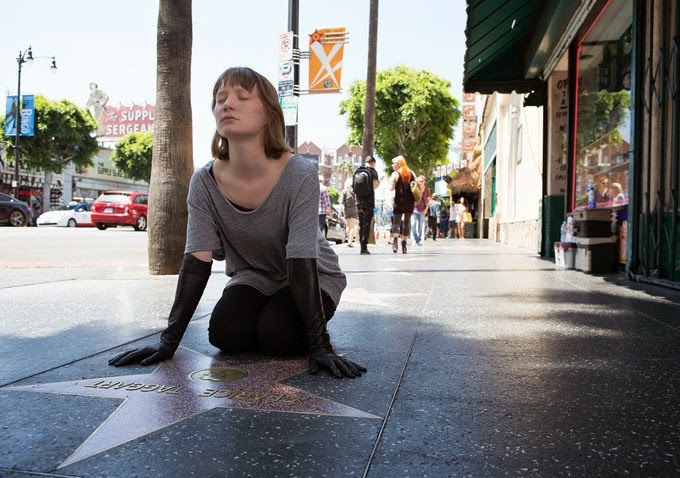 Even though I usually like cold, mean movies, I did not enjoy Maps to the Stars. It goes so far, all recognizable humanity disappears. The more I thought about its need to shock, the less I liked it. David Cronenberg's film makes me want to defend the LA rich and famous. In its urge to go further in the bite-the-hand-that-feeds-you Sunset Boulevard satirical vein, Maps to the Stars has most every major character (with the merciful exception of Robert Pattinson's humorously clueless Jerome Fantana) prove to be a deplorable, bloodsucking monster who does not so much behave as twitch like the legs of dead frogs that have just received an electrical jolt. Characters burn, drown, strangle each other, shoot dogs, celebrate the accidental deaths of children, sell their feces, menstruate on $12,000 sofas, microwave frozen breakfast burritos, sit moodily by the pool at night, and most of all, allow themselves to be professionally massaged (lots and lots of massages). Meanwhile, charlatan Dr. Stafford Weiss (a droll John Cusack) walks around his designer home in little elf-like upturned shoes when he isn't punching his daughter as his wife Christina (Olivia Williams!) weeps loudly for some reason in her large egg-like designer tub. Writer Bruce Wagner depicts people who have gone beyond predatory to the blankly murderous, but nowadays mere savagery is not enough. The film depicts abuse as a given, incest as the norm, and murder as passe. Even Bret Easton Ellis would be appalled. The stars of Maps to the Stars are so programmatically loathsome, I would like to officially endorse the soulful complexity of actual child stars, aging actresses, self-help gurus, and schizophrenic children who contrive to burn down their family home in the LA area. They all deserve better.
Labels: Maps to the Stars