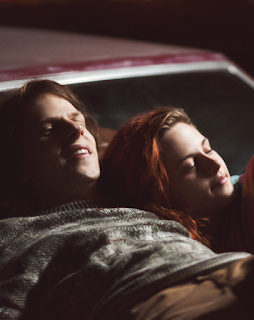 ---the visual effects and the editing of Mad Max: Fury Road

---In Praise of Chairs

---"The knottiest problem for mainstream film critics regards the preponderance of trash that they have to treat seriously, or at least entertainingly – what can you say about Michael Bay adventures and Adam Sandler comedies week after week? Today’s most quick-witted reviewer, The New Yorker’s Anthony Lane, has never really resolved the dilemma. He seems to write in two completely different registers, depending on whether the film is a noisy Angelina Jolie shoot-‘em-up (in which a fundamental disregard is implied by the vamping plot summaries and Catskill lounge humor) or a small-budget French pastoral drama (in which a fundamental respect is conveyed by subdued backgrounding and delicate scene analysis).

But Kael wrote with the same spontaneity and intelligence about popular entertainment as about the films of Renoir and Antonioni. The key was that her criticism continued to flow from the experience of viewing the film – if it made her feel good, then it was good." --Sam Sacks

---The Definition of Film by Richard Misek

---"One of the lines from Kraus that matters the most to me is 'Ein Teufelswerk der Humanität,' an infernal machine of humanity. In the mid-’90s, when I started to feel worried about what was happening to literature with the introduction of the third screen, and with the increasingly materialistic view of human nature that psychopharmacology was producing, I was looking for some way to describe how technology and consumerism feed on each other and take over our lives. How seductive and invasive but also unsatisfying they are. How we go back to them more and more, because they’re unsatisfying, and become ever more dependent on them. The groupthink of the Internet and the constant electronic stimulation of the devices start to erode the very notion of an individual who is capable of, say, producing a novel. The phrase I reached for to describe all this was 'an infernal machine.' Something definitionally consumerist, something totalitarian in its exclusion of other ways of being, something that appears in the world and manufactures our desires through its own developmental logic, something that does damage but just seems to keep perpetuating itself. The sentence that summed this up for me owed a lot to Kraus’s writing: 'Techno-consumerism is an infernal machine.'" --Jonathan Franzen

---"I agree that much is that exciting about contemporary cinema – the films of Hou, Tsai, Jia, Apichatpong, Assayas, Lynch, Martel, Kiarostami, Gomes, Alonso, and many others – is perhaps less related to the joys of narrative, in the nineteenth-century novel sense, than with the music, energies, tactility and exploratory, altering forms we associate with both mise en scène, avant-garde film and modernist poetry."  --Tom Paulus

---"Parenti’s observation summed up a deep sense of puzzled frustration I’ve been feeling for a long time, which has been growing in intensity since the Reagan era and even more so since 9/11 and the unleashed Bush agenda. Fear, exploited and unchecked, triggers a deep, 'rational' insanity. We’re driving ourselves into a new Dark Age.

The driving force is institutional: government, the mainstream media, the military-industrial economy. These entities are converging in a lockstep, armed obsession over various enemies of the status quo in which they hold enormous power; and this obsession is devolving public consciousness into a permanent fight-or-flight mentality. Instead of dealing with real, complex social issues with compassion and intelligence, our major institutions seem to be fortifying themselves – with ever-increasing futility – against their imagined demons.

Parenti went on, in his interview with Vincent Emanuele: 'So, less money for public housing, more money for private prisons. It’s a literal transfer of resources to different institutions, from a flawed social democratic institution like public housing, to an inherently evil, but still very expensive and publicly funded institution, like prison.'

As American society militarizes, it dumbs itself down." --Robert C. Koehler 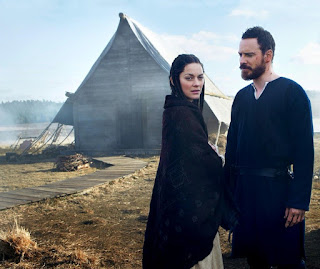 ---trailers for The End of the Tour, Macbeth, American Ultra, Fresh Dressed, Survivor, We Are Your Friends, and Jupiter Ascending