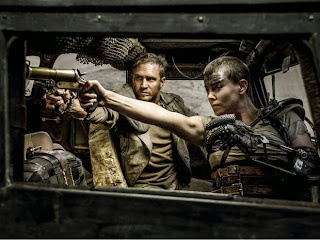 ---Wasting Time on the Internet: the seminar

---How Did Film Noir Evolve?

---the character backstory for Doof

---It’s hard to wrap your head around this Kendrick: She’s beautiful, but she’s something more, something strong, even abrasive. Without a publicity apparatus to round her rough edges, she can come off as both alienating and profoundly alive. It’s not that she’s 'authentic' — a word that’s come to connote a type in and of itself — so much as reflective of a different understanding of a woman’s capability to change her mind, self, and desires.

Which, somewhat ironically, is a point that’s popped up in recent profiles: Elle suggests that 'Kendrick has found a way to meld the famous-person world with the one the rest of us live in, taking every opportunity to remind us — largely via social media — that she’s still an occasionally weird and sometimes flawed human, not just a body hosting an increasingly desirable brand.'"  --Anne Helen Petersen

---"The Cultural Impact of James Bond" by Jay Dyer

---"Furious and Furiosa" by Alexandra Heller-Nicholas

---"Watching a film by Olivier Assayas is a little like wandering into the bedroom of a teenager, taking in the aesthetic décor that clings to his or her walls and bookshelves—posters, pop records, hastily cut-out collages of idols, and literature—and being left to draw a logical conclusion based on these ephemeral scraps. This idea of collage, assembling or reinventing an identity, has always been a concept inherent to punk and youth culture: British punk historian Jon Savage coined the term 'living collage' to describe European teenagers in the 1970s who tore apart thrifted vintage clothing at the seams to fuse and repurpose them with safety pins. Assayas’ work is essentially the filmic equivalent of that same idea: he populates his frames with torrents of ideas and surfaces and lets loose cinematographers Yorick Le Saux and Eric Gautier to pan wildly, struggling to encapsulate everything into their widescreen, handheld compositions." --Mark Lukenbill

---trailers for Chimes at Midnight, Black Mass, Tu Dors Nicole, Slow West, and A Pigeon Sat on a Branch Reflecting on Existence

---"This speaker-stacked, guitar-thrashed monstrosity was meant to rally the troops in the way drummers marched with soldiers in ancient battles. It has a supercharged V8 engine with a mobile stage, a wall of speakers and sub-woofers, and air conditioning ducts meant to drive home the beat of the accompanying Taiko drummers. The Doof Warrior swings from a bungee cord mounted to the front as he shreds metal while flames are thrown from a double-necked electric guitar." --Hannah Elliott

---"We recently passed 400 parts per million of CO2 in the atmosphere; the status quo will take us up to 1,000 ppm, raising global average temperature (from a pre-industrial baseline) between 3.2 and 5.4 degrees Celsius. That will mean, according to a 2012 World Bank report, 'extreme heat-waves, declining global food stocks, loss of ecosystems and biodiversity, and life-threatening sea level rise,' the effects of which will be 'tilted against many of the world's poorest regions,' stalling or reversing decades of development work. 'A 4°C warmer world can, and must be, avoided,' said the World Bank president.

But that's where we're headed."

---"In Praise of Vulgar Feminism" by Agata Pyzik 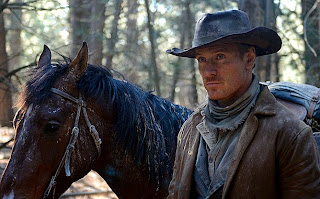 ---"Rosebud is more probably Welles’s intuition of the illusory flashback effect of memory that will affect all of us, particularly at the very end of our lives: the awful conviction that childhood memories are better, simpler, more real than adult memories – that childhood memories are the only things which are real. The remembered details of early existence – moments, sensations and images – have an arbitrary poetic authenticity which is a by-product of being detached from the prosaic context and perspective which encumbers adult minds, the rational understanding which would rob them of their mysterious force. We all have around two or three radioactive Rosebud fragments of childhood memory in our minds, which will return on our deathbeds to mock the insubstantial dream of our lives."  --Peter Bradshaw
Labels: Charlize Theron Mad Max Fury Road Notable film and media links Tom Hardy