"All Romance and Failure": a Review of Noah Baumbach's and Greta Gerwig's Mistress America 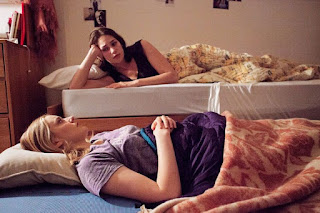 I just rewatched Noah Baumbach's Mistress America again on Blu-ray, confirming once again that along with It Follows, The Clouds of Sils Maria, and The Big Short, Mistress is (in my opinion) one of the best films of 2015. As the co-writers of the movie, Baumbach and Greta Gerwig hide their influences well, but they have admitted to drawing upon the techniques of 1930s screwball comedies, and Mistress America has several surprising correlations to Howard Hawk's Bringing Up Baby (1938). Gerwig's Brooke speaks quickly and spontaneously, and, like Katherine Hepburn's Susan, greatly enlivens the life of a duller companion, in this case Tracy, her potential stepsister (Lola Kirke), a freshman at Barnard in New York City. As Brooke and Tracy take off to Connecticut to visit one of Brooke's old beaus, Dylan (Michael Chernus) and his wife Mamie-Claire (Heather Lind), one can see the ghostly outline of Cary Grant's and Katherine Hepburn's characters traveling up to Connecticut to try to get rid of a leopard (and gain enough money to support Grant's work in dinosaur research) in Bringing Up Baby. In the latter film, the principle characters run into a big game hunter named Horace Applegate (Charles Ruggles) who reminds me visually of Brooke's former flame Dylan as they both sport a distinctive beard.

Aside from the screwball influence, how does Mistress America work? Why is it so good? When one thinks back to Gerwig's and Baumbach's previous association--Frances Ha (2012), one can point to its black and white cinematography, its portrait of a 20-something creative woman, Frances (Gerwig) going in circles, visiting Paris hopelessly, suffering jet lag, and not meeting anyone. She also visits her parents in California, and in another wickedly succinct montage, one learns that she enjoys visiting them, but the sheer repetitive pleasures of being back at home give the impression that she's merely treading water. Frances returns to her alma-mater, Vassar, to the same pointless effect. The overall hopeless poignance of her life, and what one can affirm of it--her relationship to her friend Sophie, her artistic aspirations as a dance choreographer--leaves one with a sense of deeply felt humanity intermingled with futility. Even the title with its chopped off name Ha implies an element of ridicule, as in "Ha!" that lampoons everything she attempts in the movie. 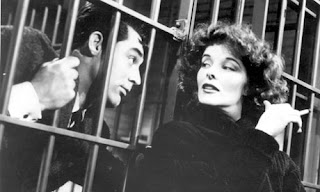 In tone, Mistress America is lighter, frothier, and more farcical, but one still gets hints of that same bleak core in the dialogue. Tracy falls in a kind of love with Brooke and her ability to truly live (singing for a band in a concert, going to parties, sneaking into apartments, always talking fast), but Tracy is also a subversive writer who uses her relationship with Brooke to compose a short story called "Mistress America" that ends up getting published in a Barnard literary society's journal. As a writer, Tracy proves something of a thief (she also steals small emblematic objects (a small plane, a coin) from various interiors, making me wonder if she has something in common with Godard), and she can be quite vicious in her assessment of Brooke even as she loves her. For instance, in her story, she writes of Mistress America: "She smelled of something rotten, like her youth had died and she was dragging around this carcass." Later in the movie, everyone in Connecticut reads the story and confronts Tracy for her wicked portrait of Brooke, but she defends herself, calling it fiction, and saying she didn't think she was capable of harming the daunting grandiosity of Brooke--but that proves to be untrue. Her portrait of Brooke keeps switching between praise and criticism, ultimately landing with a quasi-positive assessment of her character's potential:  "She was the last cowboy, all romance and failure. The world was changing, and her kind didn't have anywhere to go. Being a beacon of hope for lesser people is a lonely business."

Somehow within the farcical humor, Baumbach and Gerwig provide insights into postmodern life that resonate. Even as New York proves a place only for the rich, the movie still celebrates the city, just as the movie diagnoses Brooke's malaise as she brings the movie to life. As Brooke says: 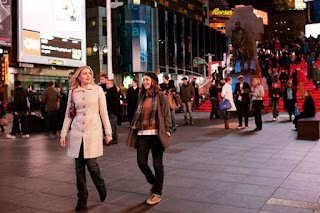 "I think I'm sick, and I don't know if my ailment has a name. It's just me sitting and staring at the internet or the television for long periods of time, interspersed by trying to not do that and then lying about what I've been doing. And then I'll get so excited about something that the excitement overwhelms me and I can't sleep or do anything and I just am in love with everything but can't figure out how to make myself work in the world."

Tracy replies, "I think I have that too." These flashes of recognition amidst the general distracted despair, the mix of wit and desolation, what Tracy calls Brooke's "romance and failure," gives the movie's humor its unexpected edge.
Labels: Greta Gerwig Mistress America Noah Baumbach