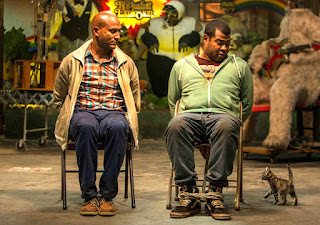 ---"It will seem more and more subversive to be a writer, a real writer, in an age of vast managed systems. And whatever happens within those systems, I don’t think they can quite eradicate the thing that happens inside when a person hears what she recognizes as the truth. We have many layers, do many things, wear many guises, but I think underneath it all we crave what a system disperses and a writer works toward: connection and coherence." --Sven Birkerts

---Directors Who Cameo in Their Own Films

---Idris Elba: Speech on Diversity in the Media and Films

---"The Long Shadow of Gilda" by Sheila O'Malley

---"He led a pretty normal-seeming life. He shopped for groceries once a week at Dean and DeLuca. He loved the chicken sandwich with watercress and tomatoes at Olive’s on Prince Street. He liked to rise at 6 a.m. and get his 'buzz' by walking the still-empty streets of Chinatown.

He read a lot. He collected art. He painted. He and Iman socialized with the parents of their daughter’s friends at school. He spent his remaining time meaningfully and productively, and largely here." --Steven Kurutz

---"Hitching rides from New York to Chicago; keeping enough change in your pocket to make calls from pay phones; making the rounds of friends and acquaintances living in tenement walk-ups, all with the same makeshift end table next to the same beat-up sofa by the same window looking out on the same fire escape—Inside Llewyn Davis is a story whose every particular is firmly rooted in the early sixties in general, and in the West Village in particular. The Coens have always been zealous excavators of the unheralded or bypassed corners of American life, from late-forties Northern California suburbia to the folkways of the modern American Midwest. They are connoisseurs of the spaces between and the moments before and after or just on the edges of historical milestones. And as storytellers, they seem to begin, gleefully, with a self-imposed challenge: Who is the least likely hero-on-a-quest on whose shoulders we can park an entire movie?" --Kent Jones

---"Notes on The Hateful Eight" by Glenn Kenny

---"We’ve come a long way, but I still have a hard time gaining anyone’s trust as woman director. I’ve been on a lot of panels lately leading up to the Globes and the Oscars with my fellow male directors. I adore them, but they are very male, with dominant body language: legs spread, hands behind their heads. I don’t have that. I have a soft voice, clothes with flowers. It gives this idea of fragility that is not true. I’m strong, but you might not imagine that at face value." --Deniz Gamze Erguven

---"To combat this trend, Feig’s characters employ body language as a means to express frustration, desire, and protest. While most filmmakers would play these situations simply for laughs, Feig and his core collaborators - McCarthy, Rose Byrne, and Kristin Wiig – deny such simplicity, contemplating the power of gesture as a way to signify a range of emotions and reclaim their identity. These conflicted heroines rely on exaggerated performance to confront the absurd and sexist assumptions made by their male (and sometimes female) counterparts" --Glenn Heath Jr.

---Fear Is Just the Beginning

---Editing as Punctuation in Film

---Let Me In: The Films of Noah Baumbach

---"It’s not that De Niro’s exploded his legacy, then, so much as that the options for a man of his age and stature are collapsing around him, especially as studios have gradually ceased to nurture the small and medium-sized pictures that used to make up a solid portion of their release schedule. Indeed, the bulk of the films that compose his so-called legacy (Taxi Driver, The Deer Hunter, Raging Bull) would’ve struggled to get made, gone straight to VOD, or done poorly — as Raging Bull did back in 1980, grossing just $23 million as the realities of the blockbuster market began to truly take hold." --Anne Helen Petersen 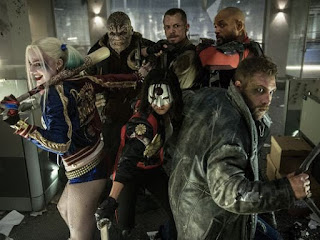 ---The Problem with Trailers