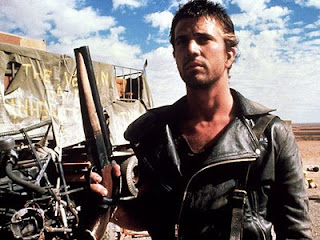 ---Roger Ebert decries the decline of newspaper film criticism due to the gossipy CelebCult. I liked his definition of what a good critic should do:

"A newspaper film critic should encourage critical thinking, introduce new developments, consider the local scene, look beyond the weekend fanboy specials, be a weatherman on social trends, bring in a larger context, teach, inform, amuse, inspire, be heartened, be outraged."

---In Cinema Styles, Jonathan Lapper clearly had fun hearing Farley Granger speak after a viewing of Hitchock's Strangers on a Train at the AFI Silver in Silver Spring, Maryland. From his discussion of Rope:

Rope he said was a chore. "You do eight minutes and something falls on the set and you gotta do the whole goddamn scene over." And "Jimmy (Stewart) wasn't right for the part and Hitch knew it and Jimmy knew it and Jimmy felt he had to struggle with it. The part is a snooty, elitist professor and Jimmy just doesn't project snooty elitism. Someone like James Mason would've been better suited for the part."

---With all of the references to Gone with the Wind and The Wizard of Oz in Australia, why didn't Baz Luhrmann make any references to a true classic of Australian cinema--The Road Warrior? To make up for this lack, Alexander Coleman reviews the film. In terms of syntax alone, I admire his writing:

"Viewed through the prism of economics, of the issues of energy and industry, of self-sufficiency and the undeniably important role gasoline plays in the functionality and networking of modern society—afforded paradoxical weight by Max's vehicle having a super-charged car—The Road Warrior is altogether arresting. The Mad Max series, made in a post-'70s energy crisis time period, posits the shattering but familiar future reality of nuclear annihilation, cinematically pervasive from Chris Marker's La Jetee to James Cameron's The Terminator, as a testing-ground for man, his machines and the fuel without which those machines are useless. With the building blocks kicked over by irrationality, man must revert to sheer basics in all existential matters."

---For She Blogged by Night, Stacia appreciates the "languid cinematography," the "plot twists," and the "terrific" acting of J. T. Walsh in the neglected classic Red Rock West (1992).

---Writing for The Guardian, Richard Price celebrates Richard Yates, the writer of Revolutionary Road, "the poet laureate of the age of anxiety, a master purveyor of the crushed suburban life, of the great con known as the American Promise."

---For Film in Focus, English novelist Richard T. Kelly lists 5 cinematic "Turkeys" that he thinks are "unjustly maligned." I can see, perhaps, Ishtar and Heaven's Gate, but Waterworld and Hudson Hawk?

---Lastly, in Self-Styled Siren, Campaspe outlines "Ten Things I Love About Old Movies." It's time to return to an era of cinematic smoking, drinking, getting dressed for dinner, and nightclubs.
Labels: film criticism notable film links

Joel Bocko said…
I think, among other things, the CelebCult phenomenon is due to movies not having much else to offer these days. Perhaps if Hollywood made better films (or did a better job marketing the good films it does make), people would care more about said films than the romantic entanglements of their (pathetic when held up against Audrey Hepburn or Marlon Brandon) "stars."

The Film Doctor said…
Possibly. Celebrity gossip may also reflect the newspapers' current financial straits. We still get to read excellent film reviews on the internet, such as from your blog. I found it interesting to see how I too was thinking of including a movie star profile or two on the link list instead of another piece of cinematic analysis. Ebert's views ultimately seemed to me a bit overly apocalyptic. The many comments to his post suggest a thriving culture of movie reviewers, even if many of them don't get paid.
December 2, 2008 at 6:42 PM

Joel Bocko said…
Well, I don't want to get over the top with it - of course, there's always been celebrity gossip and movie star worship. But the public presentation of the stars was a bit more dignified (and the stars themselves more inspring) back in the 30s though admittedly fluff dominated movie writing in those days, too. Maybe it's cyclical.
December 2, 2008 at 7:13 PM

Stacia said…
Hey, thanks for the shout-out. I also love the bit about Farley Granger and "Rope", as I discovered it myself just a couple months ago. Granger's right, Stewart wasn't right for the part.