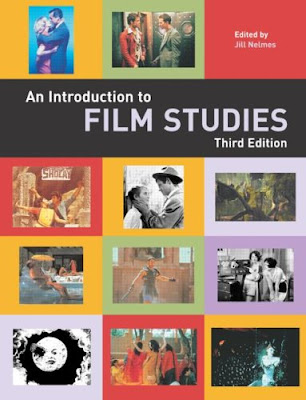 "What part of the film production did you like the most?"
"The part when you died."
--from a video interview for the making-of featurette
1) The number one sin of any video production: impatience, especially during the shoot.
2) When you sit down to edit, there never seems to be enough coverage.
3) Beware of trying to make any major decisions (such as choosing music for scenes) democratically in groups.
4) Beware of updating your editing software right before the production begins. We were plagued with problems with the Pinnacle 12 software when the 11 probably would've worked fine.
5) It is more fun to market a film than to edit it. One student found this website and made a decent movie poster in less than an hour. Another student edited two trailers for the unfinished movie and quickly distributed them on YouTube. Given all of the hype, it seems almost a shame to show the actual finished video. One wonders how often the studio executives behind major releases have the same tendencies.
6) Once editing began, I found it difficult to distribute labor fairly in a class. One student knew how to use Final Cut Pro on his MacBook, and so he ended up doing most of the work editing the big project while others edited a blooper reel, a making-of featurette, trailers, a video promoting the class, etc. We will owe that one MacBook student much for the success of the class.
7) Sometimes it is better to not be filmed. The Native American Crazy Horse, for example, never allowed himself to be photographed because of beliefs that the photographer steals one's soul with the taking of the picture. One thinks of Barzini and Sonny Corleone rejecting photographers during the wedding scene of The Godfather. Perhaps that is part of The Godfather's greatness: power manifesting itself as the refusal to be photographed.
8) It is hard to keep the finished film in mind when you are wrapped up in the minutiae of the production. Every small creative decision involved in the writing, storyboarding, acting, costuming, set designing, shooting, reshooting, and editing matters in determining the quality of the finished product.
9) Google will answer any question one has during the production.
10) Given the technology available both for video production and distribution, there's less reason than ever for talented young movie makers to not make an impression in the industry.
Labels: video production notes

At work we're starting to get into some video production, which means I'm learning some of the ins and outs of iMovie and Final Cut Express. We haven't even started shooting one upcoming project yet, and already I fear I won't have enough coverage.

The Film Doctor said…
Thanks, Jason. I plan on actually linking to some of the better videos by the students soon.

Next year we plan on purchasing a couple iMacs and using iMovie and Final Cut software.
January 19, 2010 at 9:07 PM

Richard Bellamy said…
Yeah, Jason, Google the Man! Watching Inglourious Basterds on DVD the other day, I would pause to Google an allusion to the many silent film stars, etc., mentioned in the film.

FilmDr. - Yes, the democratic decisions just don't work sometimes. Our biggest producers in film club were two egotistical guys who had great ideas and just told their group, "This is the way it's going to be."

The Film Doctor said…
Thanks, Hokahey. With music, we had the best luck with a musician making the decisions.

I would be more excited about my new iMac if I could figure out how to work it. I find its simplicity of design elusive sometimes.
January 21, 2010 at 3:12 PM