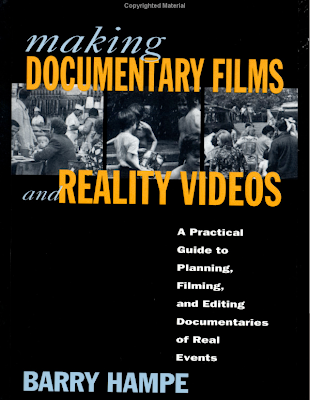 1) Today we spent much of the day shooting, and, frankly, I don't have any idea if the shots we took are any good. First, I demonstrated to the class the principle of not violating the 180 degree line. Then we glanced at some roughly sketched storyboards of the scenes we planned on shooting. The sloppiness of the drawings called attention to a weakness in my method, perhaps, because I could have insisted on highly polished storyboards before we started. I also could have further micromanaged every scene that we shot, but instead I let the director set the tone for the morning's shoot, and he proved relatively easy-going and willing to improvise instead of obsessively mapping everything out in advance. (Note: this post makes more sense if you read the story idea posted on day four).
2) Soon enough, we were out in the freezing cold morning at the front of the school building, watching as the lead "Kyle" ran past repeatedly as the cameraman tried his best to keep him within the frame while panning. I noticed that while all of the girls wore hats and gloves and thick coats, the guys tended to not do so. Kyle mentioned that he had developed a cough recently, but he couldn't be bothered to wear anything more than a thin jacket. After a few entrances through the front door, the receptionist kindly told us to stop letting in so much cold air into her work area, and we apologized.
3) Later, we shot one of the climactic scenes in a lounge area. Here's the script for the scene:
"Scene begins in the area between Bill and Hendrick’s offices. Kyle and Alison are sitting in adjacent chairs. Kyle is tired, attempting to sleep with arms crossed. Alison is texting, she finishes her message and puts her phone down. Looking for something to do, she reaches for a magazine in front of them. Kyle stirs awake and notices her hand near the photo in his binder. He springs up and grabs her arm.

Alison: *doesn’t know what to do, pushes his arm away*: What’s wrong with you?

Alison: Touch what? That stupid picture? Pause. You don’t talk to me, your teammates, or your parents. You spend all day looking for her.

Alison: *sighs* Get over it. It’s just a picture

Kyle: looks up at Alison in the eye No. I just need time to find her; I just need some more time.

Alison: What if you can’t ever find her?. You are wasting your life being in love with her…Is this even love? It’s a one-sided obsession.

Kyle: stands up and kicks his chair away This is none of your business. Begins to gather stuff.

Alison: stands up too takes off and storms to the door, before she leaves I’m just looking out for you. If that’s too much, I’m done. She leaves.

Both the director and the cameraman/cinematographer wanted to shoot this scene in bits and pieces and edit it altogether, but I insisted that they try to make a master shot in case something went wrong. As the morning went on, and Kyle repeatedly threw a pile of magazines on the floor (a substitute for the kicked chair), I could sense that the crew was gradually developing some teamwork and flexibility. I especially liked the last shot, when Kyle stared blankly and uncertainly at Alison as she walks away. We darkened the shot by having the light dim on him gradually (moving the reflector away from the work lamp), and everyone was impressed by Kyle's acting, although he insisted that he was trying to look as blank as possible.

4) By the afternoon, we were lucky in that the art teacher loaned out her class to us as extras, so we shot a bunch of takes of the mysterious girl walking away in a crowd of students as Kyle chases after her, just to lose her as she turns down the physics hallway. I enjoy helping a class boss around a docile bunch of extras. When one student asked me what they should talk about, I said "Rutabaga, rutabaga." Later, she asked what a rutabaga was, I said "a vegetable," and she said "I knew it!" Later, I overheard her speaking of "salted rutabagas," and "rutabagas boiled in cream" as she moved with her group in formation. Eventually, we shot Kyle forcing his way through the crowd, with Alison more politely following after him. I suggested that we let the chase go on throughout the school, and the director was against the idea, so tomorrow I will try to persuade them to by showing the class a scene in Cocteau's Orphee when the Princess Death (the delightful Maria Casares) keeps evading Orphee by disappearing around a corner.

5) Lastly, we looked a the dailies over the cameraman's shoulder on his Mac laptop. They looked alright, but we'll know more when we project them on the big screen. Tomorrow, we will shoot the opening soccer sequence, a scene in a classroom, and a night scene in which our hero Kyle sleepwalks out into the night and gets run over by a van in his pajamas. If anyone reading this has any tips for effectively running someone over cinematically, please let me know. I will bring ketchup.

Anonymous said…
Ideally, you would simply edit in the effect using Adobe After Effects as shown in this video:

If you don't have this program to work with you can use your iMovie and Photoshop to get a similar effect but it will take a lot longer and will require a better than average knowledge of using Photoshop.
January 11, 2010 at 10:10 PM

Anonymous said…
This may help with the latter of the two approaches:

The Film Doctor said…
That was fast. Great links, anonymous. I just forwarded them to the class. Much thanks for your help.
January 11, 2010 at 10:50 PM

Anonymous said…
You seem to be hyping this movie a bit. I hate to sound like a Phillistine, but that is the impression I get.
January 11, 2010 at 11:23 PM

The Film Doctor said…
Well, I set up this blogging exercise for those interested in what a video production class is like, and now I'm obliged to keep it going. I would rather write about Daybreakers or other concerns (Eric Rohmer?). I spent part of yesterday evening wondering if I should keep up with the series at all, so if it sounds like hype, that may be because I'm getting a little weary of the reports. The class, however, has done good work.
January 12, 2010 at 7:05 AM

Jason Bellamy said…
I'm not sure what Anon means by hyping the movie. What did I miss? You're logging the production of a video that's being made. Not sure how that's hype. Anyway, don't blog if you're not up to it, but I've read every word and love the series, so even if you cut it back to every other day I'd love to see it keep going.
January 13, 2010 at 7:40 AM

The Film Doctor said…
Thanks, Jason. We shot footage last night, so I didn't get around to the writing the post, but I'll catch up later today.
January 13, 2010 at 8:33 AM

Richard Bellamy said…
"After a few entrances through the front door, the receptionist kindly told us to stop letting in so much cold air into her work area, and we apologized."

I totally identify with this! The Drama Club is always getting in trouble for filming near someone's space or for moving some chairs or something and forgetting to put them back. In order to create art, sacrifices must be made! Cold air in your work space? We're filming here! Suck it up!

One of the most popular short films made by one of my Film Club members was called "The Sad Story of a Most Horrible Accident" - or something like that. Anyway, the director set up all the shots herself:

It was a comedy - so there was no need for any impact - but it worked because the parallel editing was done very nicely. For your video, some sort of handheld shakiness of the van and the man might work well before the shot of the van pulling away.

The Film Doctor said…
Thanks, Hokahey. Fortunately, the road was mostly deserted and the neighbors were understanding. No one was harmed in the production.
January 13, 2010 at 9:13 PM

film script said…
I have visited your site and I would like to thank for posting such a valuable info. I am sure your visitors find your site as useful as I did.
January 19, 2010 at 5:49 AM

Max Furniture said…
I am really thankful to the writter for posting such a valueable info. I have visited your site and found it very interesting. Thank you
July 6, 2010 at 2:08 PM

Find Senior Housing said…
The Drama Club is always getting in trouble for filming near someone's space or for moving some chairs or something and forgetting to put them back. In order to create art, sacrifices must be made!
July 21, 2010 at 2:37 AM