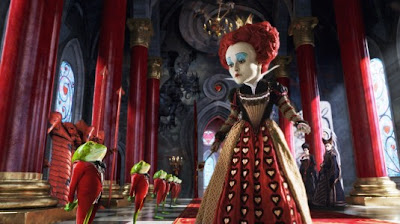 ---Bust magazine examines the male bias of the new iPad promo video. Also, 5 ways the iPad will change magazine design
---Chris Clarke's meta-incendiary blog post
---Serena Bramble's eloquent tribute to Film Noir
---revolutionizing independent film
---Scott Cooper discusses Crazy Heart as the Duplass brothers talk of Cyrus as Andrea Arnold speaks of Fish Tank
---Public Enemys' "By the Time I Get to Arizona"
---advertising on Google Maps street view
---Hitchcock's first film:
"Firsts are fascinating. Records broken. Movements initiated. The first words of a novel or poem. The first film of a major director. "By our ends do we know our beginnings." The child is father to the man. Much is contained in that first movie, be it the extravagance of Welles's Citizen Kane, or the proximal energy of Fuller's I Shot Jesse James. Alfred Hitchcock's first completed feature film, The Pleasure Garden, contains the roots, the vestigial ideas, images, contrasts, and antinomianism of his later films. And the comparison with Joyce is not entirely unorthodox. Hitchcock was in his way a Symbolist, from the beginning inserting into his commercial projects images and ideas influenced by German expressionism and other "experimental" film movements, and he brought human consciousness – the way we think and see – into the cinematic surface."
---future Disney princesses
---the impossible hamster
---Avatar and genocide:
"Avatar, James Cameron’s blockbusting 3-D film, is both profoundly silly and profound. It’s profound because, like most films about aliens, it is a metaphor for contact between different human cultures. But in this case the metaphor is conscious and precise: this is the story of European engagement with the native peoples of the Americas. It’s profoundly silly because engineering a happy ending demands a plot so stupid and predictable that it rips the heart out of the film. The fate of the native Americans is much closer to the story told in another new film, The Road, in which a remnant population flees in terror as it is hunted to extinction.But this is a story no one wants to hear, because of the challenge it presents to the way we choose to see ourselves. Europe was massively enriched by the genocides in the Americas; the American nations were founded on them. This is a history we cannot accept."
---best online videos of 2009
---Jake reconsiders Public Enemies
---rare photos of the famous (with thanks to MetaFilter)
---the coolest sound ever
---Jonathan Rosenbaum's "Myths of the New Narrative"
---the title sequence of Sherlock Holmes
---Spike Jonze's robot love
---how to disappear from Facebook and Twitter
---Burton's Alice in Wonderland concept art
---young and online:
"The average young American now spends practically every waking minute — except for the time in school — using a smart phone, computer, television or other electronic device, according to a new study from the Kaiser Family Foundation.
Those ages 8 to 18 spend more than seven and a half hours a day with such devices, compared with less than six and a half hours five years ago, when the study was last conducted. And that does not count the hour and a half that youths spend texting, or the half-hour they talk on their cellphones.

And because so many of them are multitasking — say, surfing the Internet while listening to music — they pack on average nearly 11 hours of media content into that seven and a half hours."