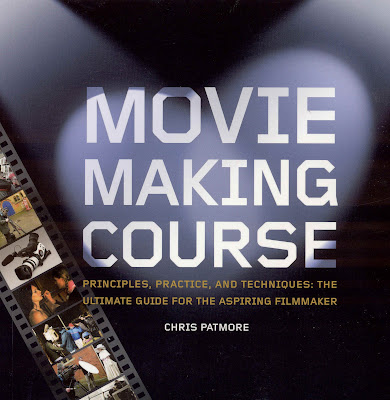 1) For the second year, I will try to keep up a daily account of my trials and torments while teaching a two-week video production class.
2) This year's class has ten students. We met this afternoon to look at several finished 10 minute videos from previous years' classes, videos that ranged from the sad story of a young man who drops his yoyo at a talent show to the romantic entanglements of two jewel thieves at a local museum. I also showed the class a YouTube clip of Fede Alvarez's Panic Attack, a $300 short film that quickly garnered him an offer to direct a $30 million Hollywood movie. We discussed how DIY films like Paranormal Activity have reshaped the filmmaking landscape recently, how, thanks to cheap new distribution methods (like YouTube), students have more capability than ever to get their short films watched, and thereby get a possible toehold in the movie industry.
3) In the midst of showing the previous student movies, I talked of all of the classic problems with shooting and crafting a 5 to 10 minute video. I still don't have the greatest sound system, because I've never bought one and the school has never shown much interest in financing one in today's penny-pinching academic climate. We have four cameras for two groups, so the students may use one camera to record sound in the distance while filming with another. But this does raise a question:
Can anyone reading this blog recommend a good sound-recording system for a video production class? One that is relatively cheap? One than can work with Pinnacle 12 editing software? A good boom microphone and such?
4) I also talked about problems previous students encountered with wind, fluorescent lighting, crappy shot composition, distracting things in the distance of a shot interfering with the dominant, automatic exposure issues, poorly written stories, bad acting, mistakes in the mise-en-scene such as accidentally leaving a tripod in the background, jump cuts (although I did extol the cheap virtues of French new wave techniques), automatic focus problems, and on and on. The students sat there politely and listened, trying not to yawn. For homework, they need to think of the groups they will form by first thing tomorrow morning, each group including a director, several actors, a camera person, an editor, a writer, and someone to draw the story-boards.
5) On the plus side, last year the class ended up shooting scenes in a local Belks, a gas station, a coffee shop, a local museum's basement, and a private residence by a lake. One student asked the police if she could borrow an officer for a scene, and the police said sure. What kind of officer would she like? So, the opportunities for more cool locations await us now. A church? The police station? A graveyard? Perhaps a hospital for some Shutter Island-type scenes?
5) Otherwise, things seem suspiciously easy thus far this year, although I've already annoyed the IT staff by asking them to move and prepare the editing computers at the last second. The weather thus far has been sunny but very cold.
6) I also mentioned that years now I've been interested in one group seriously making a zombie film, and they showed interest. Perhaps this year will be the ONE?!?
Labels: video production notes

Jason Bellamy said…
Awesome! I love this series! I know you'll be exhausted by the end of it ... but think of me!

Univarn said…
If you make a Zombie movie I'm going to have a request an upload. Well request may be kind, spam until given may be better suited. I always wanted to take classes of this nature, alas I found my way to the land of Comp Sci instead. Sounds like it'll be crazy annoying and fun at the same time :)
January 4, 2010 at 10:46 PM

Ed Howard said…
I love this series too and remember enjoying last year's weblog. Univarn makes a good point too: it'd be great to see what results from this at the end of the class, though of course you'd have to get the students' permission. I'm sure there are obstacles to doing it, but it'd be nice to see these films if it's possible.

Richard Bellamy said…
The year has come full circle! This was the series that first drew me to your blog last year.

I enjoyed your adventures in teaching and could identify because I run a Film Club (not very productive this year - only three little experimental short videos)and a Drama Club - which performs a full-length play each year but also produces a Drama Club Film - which I get to write and direct and for which they provide the acting.

Last year we did a Western and a thriller - both about 25 mintues long - and at the end of the year, very quickly, we did a zombie movie: "Night of the Living Dead Nazis." It was a lot of fun, a lot of improv and hastily done shots due to time constraints, but all put together it constituted a fun movie that they really enjoyed doing. This year is another Western with a song and additional music composed and performed by one of my very talented students.

The Film Doctor said…
Thanks, Jason. Now that I'm already exhausted, I wonder if much of the fun for readers lies in gauging the different stages of my progressive derangement from day to day.

Thanks, Univarn. The students have been resistant to a zombie film (although they are considering a Facebook film. Ugh). I tried bribing them into a zombie production today.

Thanks, Ed. I'm still trying to figure out how to show something they made in this forum.

Thanks, Hokahey. Is this an indoor western, or do you have lots of open spaces and horses to work with?
January 5, 2010 at 5:48 PM

Richard Bellamy said…
Yes, the challenge was - how to film a Western on Cape Cod. For the first one, the story takes place entirely in a saloon - a set we constructed on our theater stage. I intercut establishing shots or horses and stuff from a trip to Montana and Wyoming.

For this year's Western, we found a dirt "street" between two portable classrooms: squat wooden buildings with wooden verandas and railings - and that was our set for the town street scenes - then there's the woods that border the campus. I also intercut footage from Wyoming, Montana, and California for a flashback montage.
January 6, 2010 at 8:25 AM