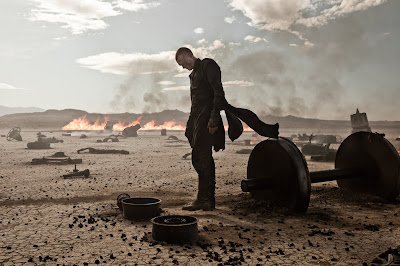 ---Slavoj Zizek analyzes Children of Men
---a Saul Bass short about creativity
---revisiting Ferris Bueller:
"Ferris has mastered a technology newly emergent in the 1980s: the combination of computers, telephones, and digital audio sampling. We see answering machines that Ferris has rigged to play false messages; we see his stereo amplifying digital samples of his coughs and snores to create the illusion that he’s at home in bed. The director Hughes has cleverly divined what this new technology will come to be used for; it is for not being there. A few years after the movie, one imagines, Ferris will start a company that designs phone trees and voicemail systems; he will be a millionaire by 1990.The frustration, the sense of having been hoaxed, that is felt by the dean of students when he realizes that he isn’t really listening to Ferris through the intercom of the Bueller family home but only to a recording of Ferris, delivered to the intercom by a computer—you felt the same frustration yesterday when you dialed your health insurer and were led into a maze of cheerful, obtuse recorded voices that by design denied you an opportunity to say what had made you angry enough to call."
---visions of Kubrick's The Shining
---time for a tech detox? 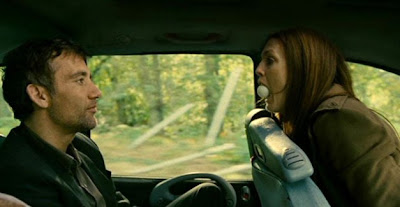 ---Apple's war against self-repair
---cyberlocker theft and NYPD policemen exposed to the wrong film
---John Carpenter returns to direct The Ward (which oddly resembles Sucker Punch)
---Sean Grady's A Century of Film
---Google's vision of augmented humanity:
"In a speech last September at the IFA consumer electronics fair in Berlin, Schmidt talked about “the age of augmented humanity,” a time when computers remember things for us, when they save us from getting lost, lonely, or bored, and when “you really do have all the world’s information at your fingertips in any language”—finally fulfilling Bill Gates’ famous 1990 forecast. This future, Schmidt says, will soon be accessible to everyone who can afford a smartphone—one billion people now, and as many as four billion by 2020, in his view. 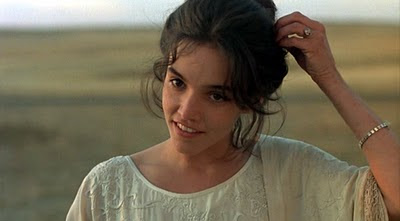 It’s not that phones themselves are all that powerful, at least compared to laptop or desktop machines. But more and more of them are backed up by broadband networks that, in turn, connect to massively distributed computing clouds (some of which, of course, are operated by Google). “It’s like having a supercomputer in your pocket,” Schmidt said in Berlin. “When we do voice translation, when we do picture identification, all [the smartphone] does is send a request to the supercomputers that then do all the work.”

---in an interview, Evgeny Morozov questions how much Google should make choices for us:
"there is a quote from Eric Schmidt, the Google CEO, where he says that what you expect from Google is not to show you what your choices are, but to make the choices on your behalf. So it is interesting: it brings you to the question of agency and free will, and even if free will is being commodified."
---Adam Cosco argues in favor of Teddy Daniels (Leonardo DiCaprio) really being the marshall he thinks he is in Shutter Island (not how I remember the book by Dennis Lehane)
---Marilyn Ferdinand appreciates Criss Cross
---Howard Hawks and everyday chivalry
---Susan Orlean notes how one gets a book published these days
---Salinger, Caulfield, and the 2nd World War:
"Years later, Salinger’s counter-intelligence colleagues would remember him as constantly stealing away to write. One recalled a time when the unit came under heavy fire. Everyone began ducking for cover. Glancing over, the soldiers caught sight of Salinger typing away under a table." 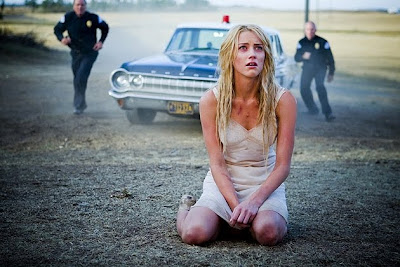 ---John Lydon in 1978
---deadly data overload
---the title sequence of Days of Heaven
---Marc Savlov celebrates Richard Linklater's 20 year old Slacker:
"Watching Slacker now, you're struck by just how revolutionary a film it was at the time and how obviously influential it remains. Cinematographer Lee Daniel's camera doesn't so much follow the (often nameless) characters and laconic or loquacious nonevents as flow around them, the way the water at Twin Falls breaks around and reveals or highlights the semisubmerged detritus poking up into the sunlight on a shady summer day. Nothing much happens in Slacker, but – and here's the secret to the film's initial appeal and lasting impact – anything can happen. Watching Slackerfrom the futuristic vantage point of today, you get the distinct sensation of awesomeness in potentia. Something's coming – something big, maybe – and you can feel it in the restless, caffeine-and-alcohol-fueled dialogue that sprawls out of Captain Quackenbush's, wanders up the Drag to Les Amis, and then tools up to Mount Bonnell, where Linklater's lovely cri de coeur finally, literally, takes flight and tumbles end over end into the unknown, into the future."
---Tag Ghallagher asks "Why Samuel Fuller?"
---Sheila O'Malley considers the evolution of Cary Grant
---anticipating the next cyberwar
---nightsurfing
---Tunisia's cybersubversion
---lastly, future-Catholicism--Bettany and the Priest trailer
Labels: Notable film and media links

Richard Bellamy said…
Thanks for these links. The Art of the Title Sequence is awesome!
January 22, 2011 at 9:23 AM

flixchatter said…
LOVE that opening sequence of Days of Heaven. An exquisite intro to an exquisite film. Whatever happened to Brooke Adams??
January 26, 2011 at 12:15 PM

The Film Doctor said…
Thanks, flixchatter.

Somehow the opening sequence reminds me of the one for Bull Durham. I remember Brooke Adams in Gas, Food, Lodgings, but not after that.