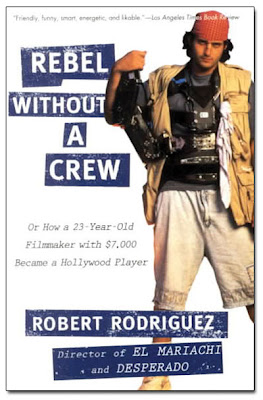 Today's class went well, although I still felt out of it. For example, over lunch, as an administrator discussed how civilization began when people had to learn to help others carry around larger babies, I found myself fading in and out over tomato basil soup and a BLT with pimento cheese. In spite of these brain lapses, I can reasonably say that the filmmaking day went well enough, or at least, it appeared so.
First thing, at 8:30 am, we discussed shooting techniques (keeping enough head room in shots, not cutting off actors at the knees when framing, making sure you have enough footage before and after a shot, employing basic editing techniques that move from an establishing shot to the close up, setting up the lighting to help create a dominant impression, making sure you have enough coverage, etc.). Then, each group figured out how to use a camera and took off to start filming. One group shot an epic rock, paper, scissors match under a flag pole in the middle of campus. Another group filmed something about two rabid Steelers fans who become exasperated over the crappy game and the lack of munchies in the fridge. Lastly, the advanced senior gang couldn't arrange for the extras to appear for their beginning dodge ball video just yet, so they went off in a van to visit the Kalmia Gardens to scout some locations for their production involving cocaine, a canoe, and under-aged alcohol-consumption.
I found myself wandering from the Los Jefes, Inc. group to the Bad Horse Productions group, and back again, realizing at times that I should not interfere too much with advice for the beginning directors ("You sure you want the mise-en-scene of this room? Shouldn't you move the camera? What's the continuity here?" etc.) During the Steelers shoot, I recommended that the sports fans run and jump off a staircase to enliven the ending.
Then, in the afternoon, back in the messy, equipment-strewn classroom, I said a few words about the need for a hook, an economical exposition (for a 12 minute film), and the usefulness of panning the camera around a room looking at objects (as in the beginning of Rear Window) to prepare the viewer for the story to come. Directors think in images! The three groups passed much of the afternoon workshopping ideas for their longer projects. Here is what I gathered their films might be based on their rough drafts:
1) A young woman finds that a doll keeps appearing--behind her, in a store, out on the street. When the doll gets run over by a car, it turns out that the doll has been her all along.
2) A disturbed newcomer at a school has a friend named Amy, but then it turns out that the friend is imaginary. Somehow Amy causes her to kill someone in an abandoned caboose near a YMCA.
3) For some reason, a young man shoots a drug dealer and then eludes the law even as a under-aged pseudo-friend of his tries to persuade him to buy alcohol for her. And, his older brother has a cocaine problem.
We will work on these stories and start learning how to edit the beginning footage tomorrow. By Thursday, all three groups will pitch their story ideas (3 each) for the class's consideration.
Any practical advice for beginning digital filmmakers?
Labels: digital filmmaking class weblog

Jason Bellamy said…
...the usefulness of panning the camera around a room looking at objects (as in the beginning of Rear Window) to prepare the viewer for the story to come.

Amen! Clearly, you're giving all the advice they need.