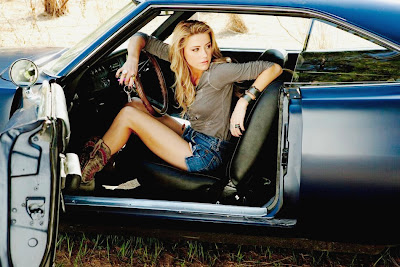 ---Roberts' "Everything will be reinvented":
"Reinvention is happening in every market at an accelerating pace. Just in the last two years we’ve seen fundamental shifts in music, gaming, banking, education, government, automobiles, energy, coupons, payments, retail, rental cars, manufacturing, publishing, journalism, just to name a few. My own industry, venture capital, is being reinvented by upstart funds (like OATV) and entirely new funding models, like DST.Even the mighty Google is looking ripe for disruption in their untouchable search business. As Jeff Atwood points out:`The idea that there could be something wrong with Google was inconceivable to me. Google is gravity on the web, an omnipresent constant; blaming Google would be like blaming gravity for my own clumsiness. But, this is the first time since 2000 that I can recall Google search quality ever declining, and it has inspired some rather heretical thoughts in me — are we seeing the first signs that algorithmic search has failed as a strategy? Is the next generation of search destined to be less algorithmic and more social? It’s a scary thing to even entertain, but maybe gravity really is broken.'The cracks in the foundations of innovations past are becoming more and more apparent. A digital landscape is emerging that is not only opening up new paths to reinvent incumbent businesses, but mashing them up in ways that weren’t possible even 18 months ago."
---Paul featurette
---"Bytes and Beethoven"
---frozen heist
---Kuersten's best work of 2010
---are you ready for The Rapture?
---deadly images 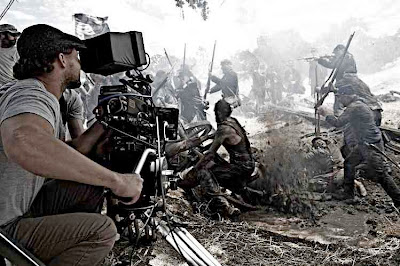 ---the global economy won't recover:
"Virtually everyone everywhere-economists, politicians, pundits -- agrees that the world has been in some kind of economic trouble since at least 2008. And virtually everyone seems to believe that in the next few years the world will somehow "recover" from these difficulties. After all, upturns always occur after downturns. The remedies recommended vary considerably, but the idea that the system shall continue in its essential features is a deeply rooted faith.But it is wrong. All systems have lives. When their processes move too far from equilibrium, they fluctuate chaotically and bifurcate. Our existing system, what I call a capitalist world-economy, has been in existence for some 500 years and has for at least a century encompassed the entire globe. It has functioned remarkably well. But like all systems, it has moved steadily further and further from equilibrium. For a while now, it has moved too far from equilibrium, such that it is today in structural crisis."
---urban apocalypse
---Sam Shaw's photos
---Ben Craig's Modern Times
---David Bordwell's Planet Hong Kong
---a Handbook for Bloggers and Cyber-Dissidents:
"Let's acknowledge that blogs are a fantastic tool for freedom of expression. They have unloosed the tongues of ordinary citizens. People who were until now only consumers of news have become players in a new form of journalism, a "grassroots" journalism, as expressed by Dan Gillmor (Grassroots journalism — see the chapter What ethics should bloggers have?), that is "by the people for the people".
Blogs are more or less controllable for those who want to keep them under surveillance. Governments that are most up to do date with new technology use the most sophisticated filtering or blocking techniques, preventing them from appearing on the Web at all. But bloggers don't just sit back and let it happen. The essential question becomes how to blog in complete safety."
---product placement in films 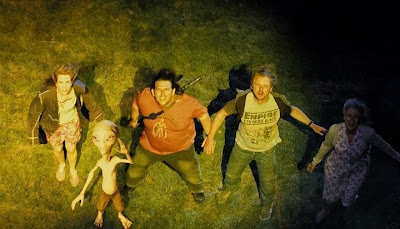 ---top 10 brains of the digital future:
"When we refer to something digital—a film, a book, a song—we simply mean that it exists as a string of ones and zeroes within a machine. As ever more of our cultural and intellectual life migrates towards digital media, however, the staggering implications are becoming clear: that to live in a digital age is to live in an era of instantaneous and infinite reproduction, communication and creation.Change has rarely been at once so rapid and so universal; and many ideas that will shape the 21st century are emerging from the digital realm. In the past 12 months, the total number of global internet users has swept past the 2bn mark. Thanks to the explosive growth of mobile phones, we live for the first time in a culture where being part of a globally interconnected group is normal for most of the world’s adults. The last major medium not to have gone digital—books—has begun to make the transition in earnest. Apple’s iPad has sold over 1m units a month since its launch in April, and helped define a new kind of computing device, the tablet. The population of the world’s largest virtual social network, Facebook, has passed the half billion mark—while human-machine interactions took another leap forward with the launch in November of Microsoft’s Kinect: an affordable device that allows users to interact with a games console through movement alone."
---From the Woods 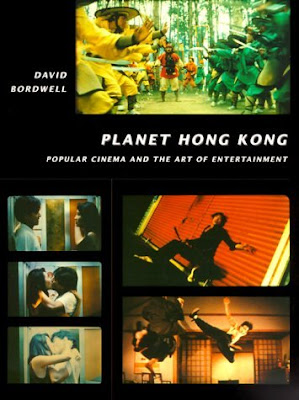 ---movie theft and one possible solution for the studios
---the last Lester Bangs interview:
"I went to see that movie the other night, The Last Waltz, and you sit through something like that in 1982 and you really see why New Wave was necessary. There they are, so smugly thanking that they're brilliant musicians or even jazz musicians just because a guy can play a solo for 10 minutes that's just scales. It's real pompous. The only trouble with New Wave is that nobody followed up on it. Everybody thought that the initial gesture was all they had to make. Richard Hell made that one album and got too lazy to make another one, or the Sex Pistols breaking up. Although it's good they broke up. But very few of them followed through. But it was really an exciting burst there for like a year, year and a half."
---Araki's Kaboom
---"Eternal Fascism" by Umberto Eco
---the classy-looking Drive Angry 3D
---lastly, William Eubank's Love trailer
Labels: digital Notable film and media links