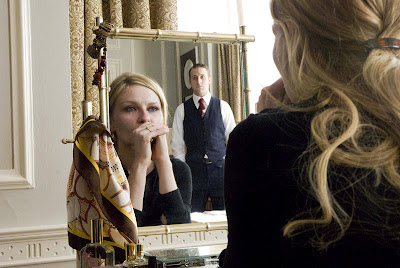 ---Dependance
---an ad for Intel
---the Sartorialist
---Kevin Smith's thoughts on writing and filmmaking
---Christopher Nolan's writing process
---recession changes:
"Millions of Americans have lost their jobs, nearly every state faces a budget shortfall, and hundreds of banks have shut their doors. The young are unemployed, living at home, and playing video games. The ranks of third-party candidates have swollen, militias have proliferated, and national leaders of both parties have seen their support decline."
---WikiLeaks, the murder of civilians, and military metaphysics
---talking with Danny Trejo:
“You have to learn how to act. If you’re standing out in the yard in San Quentin and something’s going to come down, you’re scared to death and you can’t show it. Inside, you’re dying, but outside you’re [saying] ‘Bring it!’ I think that was the first way of trying to cover up a feeling that is inside. [Anger is fear] turned outward. That’s automatic. Some people don’t even play with fear, they just go straight to rage and that’s the best weapon anybody can have if you’re under attack.”
---Brody celebrates Pickup on South Street
---the elements of clunk and electrifying language 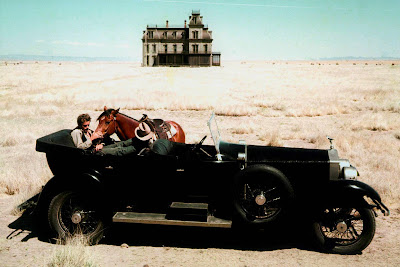 ---the critics who differed
---oil and the "recovery" (two articles curiously free of the term "peak oil")
---David Byrne considers Detroit
---@nathanielr interviews Kirsten Dunst
---David Thomson sizes up the stars:
"DREW BARRYMORE: I can't help finding it shocking, as well as startling, that Drew Barrymore was born so recently (in 1975), and yet seems to have been here, and a problem, for so long.GEORGE CLOONEY: It’s clear, as he approaches 50, that George Clooney is the most liked actor in U.S. ­pictures. And it is also clear that he knows it.
MATT DAMON: What’s most interesting about Damon is the very lack of good looks — and the feeling of a squashed and rebuilt face.
BRUCE WILLIS: The ­mystery continues. Willis makes ­quantities of commercial junk, where his raised eyebrows soar into the space left by his ­receding hairline. And then he produces something that unmistakably reveals a tender, wise actor.
---Star Wars kitsch
---a True Grit making of featurette
---on the set of George Stevens' Giant
---Michael Newman's favs for 2010 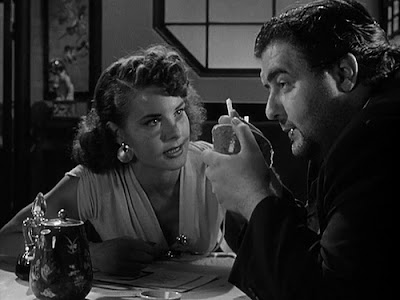 ---Dan North deconstructs Enter the Void
---the revolution in artificial intelligence:
"AI researchers began to devise a raft of new techniques that were decidedly not modeled on human intelligence. By using probability-based algorithms to derive meaning from huge amounts of data, researchers discovered that they didn’t need to teach a computer how to accomplish a task; they could just show it what people did and let the machine figure out how to emulate that behavior under similar circumstances. They used genetic algorithms, which comb through randomly generated chunks of code, skim the highest-performing ones, and splice them together to spawn new code. As the process is repeated, the evolved programs become amazingly effective, often comparable to the output of the most experienced coders."
---lastly, the 10 best ways to consume the news
Labels: Notable film and media links

Anonymous said…
It's ok that 'lay people' think Enter the Void is visually revolutionary. But the thing that kills me about the discourse concerning Enter the Void is that the critics somehow forgot that Stan Brakhage existed. 'Like nothing I've ever seen before.' Yes you have!
January 8, 2011 at 12:23 PM

Craig said…
I've never understood this concept (which I know you're not advocating, just linking) that a critic is somehow "wrong" about a movie if that movie goes on to be recognized a classic. I mean, if one predicts, "No way this film will be regarded a classic," then sure, that's wrong. But I don't see how one is wrong about his or her own opinion, even if it's not shared by the majority, even if the rest of us think it's boneheaded.
January 8, 2011 at 5:36 PM

Dan North said…
Hi, okinawaassault - I'm not sure if you're referring to my post about Enter the Void, but i hope your objection is covered in this sentence:

"The film wants to show you the weirdest shit you've ever seen on screen, but unless you've led a very sheltered cinema-going life, it's not going to break too many boundaries."

That said, my post is a compilation of various positions on the film, some of them direct quotations from critics, some of them exaggerations or summaries of other possible responses. The difference between Brakhage and Noe might be that Noe tries to visualise literally what he thinks sensory experiences look like, while Brakhage wanted to show you cinema's approximations of the senses, with all its discrepancies and flaws.
January 9, 2011 at 4:28 AM

The Film Doctor said…
Thanks, okinawaasault and Dan,

I have yet to see Enter the Void, but I enjoyed North's compilation review. The blogosphere lends itself to comparison/contrast review sampling.

I thought the same thing. One learns over time the fun of being on the "wrong" side of a critical consensus of a movie. It can feel like a popularity contest with the ones in the minority sometimes wanting to hide their views. In matters of opinion, there can be no final authority on any movie, and I wonder about the occasional strident silliness of the judgment-mongering going on.

Some of these reviewers make good points. Psycho is a "nasty little film" and, somehow, a classic. I'll change the link mentioned to the "critics who differed."
January 9, 2011 at 9:57 AM

Craig said…
Thanks, Film Doc. You didn't have to change the wording - "wrong" is certainly what the article is suggesting. Bosley Crowther is always trotted out in pieces like that, particularly his infamous "Bonnie and Clyde" takedown. (He's even more wro--um, mistaken about "Lawrence of Arabia.") But he also raved about "The Graduate" that same year (his last critical piece, in fact). While Pauline Kael, always revered as the forward-thinking hero in the "Bonnie and Clyde" affair, had over the course of her career more blind spots than the Mojave Desert, as one critic noted. I won't say any of those critics are "wrong"; just that, by taking them at their word, we'd be missing out on a lot of interesting movies.
January 9, 2011 at 11:09 AM