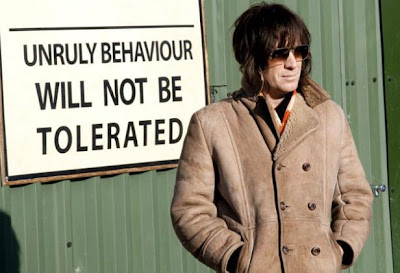 ---Chris Anderson wrote an intriguing book called Free: the Future of a Radical Price, so the obvious thing to do is read the free version on the internet. Also, here's Chris explaining his book.
---Jonathan Rosenbaum meditates on what dope has done to movies:
". . . contemplate the hallucinatory special effects and the screwy changes of tone in Joe Dante movies like Gremlins (1984), Matinee (1993), or Small Soldiers (1998), the wide-angle distortions and fantasy premises of films like Bob Balaban’s Parents and Raul Ruiz’s Three Lives and Only One Death (1996), or the ambiguous netherworld between thoughts and realities comprising Stanley Kubrick’s Eyes Wide Shut (1999).
All of these experiences have something to do with dope. None of them would look or sound or play the same way today if marijuana hadn’t seized and transformed the style of pop movies thirty years ago. This isn’t to say that the filmmakers in question are necessarily teaheads, or that the people in the audience have to be wigged-out in order to appreciate these efforts. Stoned consciousness by now is a historical fact, which means that the experiences of people high on grass have profoundly affected the aesthetics of movies for everyone: filmmakers and spectators, smokers and smokers alike."
---Speaking of dope, or in this case a dope dealer, the new trailer for Bernard Rose's Mr. Nice looks of interest.
---For Wired, Inglourious Basterd Brad Pitt explains the new rules of behavior.
---Matthew Robson, a 15 year old, describes the media habits of kids for Morgan Stanley:
"The rapid surge of interest in social networking and messaging sites has prompted speculation that sites such as Twitter or Facebook could be taken over. But Robson's report, which was sent to Morgan Stanley's clients as a research note last Friday, suggested that such a move could be folly. He said teenagers were using more and more media, but they were unwilling to pay for it.

`Teenagers do not use Twitter,' he wrote. `Most have signed up to the service, but then just leave it as they realise that they are not going to update it (mostly because texting Twitter uses up credit, and they would rather text friends with that credit). They realise that no one is viewing their profile, so their tweets are pointless.'

He warned that traditional media – television, radio and newspapers – are losing ground.

No teenager Robson knew reads a newspaper regularly since most `cannot be bothered to read pages and pages of text while they could watch the news summarised on the internet or on TV'. The only newspapers that are read are the cheaper tabloids and freesheets.

His peers are also put off by intrusive advertising so they prefer listening to advert-free music on websites such as Last.fm to traditional radio. Teens see adverts on websites - pop ups, banner ads - as `extremely annoying and pointless,' Robson said. However, `most teenagers enjoy and support viral marketing, as often it creates humorous and interesting content'."

---The Cut's slashing review of Lindsay Lohan's Labor Pains gets poignant after awhile:

"It's a shame, because in the film Lohan does try. Lindsay's problem has never been lack of talent — just lack of judgment — and in fact, she's probably the best thing about the movie (except maybe the part where it ended and we turned it off). But at this point, her best isn't enough: She alone can't elevate a movie if the script is a dud, and looking this hard up for work never helps rehabilitate a career. For the Great Labor Pains Catastrophe of 2009 to be remembered as a glitch instead of one of the final nails in her coffin, Lindsay’s best bet actually may be to stop trying altogether. Seriously, Linds, do nothing. Don’t even leave the house. Just be patient and let the world miss you while you hunt for a project that's worth all that effort. Otherwise, in ten years we may be watching you on TV hawking bail bonds as we tell our kids we knew you when. And then the mean girls will have won, after all."

---For those of you in the midst of reading Wallace's Infinite Jest, here is some advice on how to read it and a NYT profile of Wallace written right after the book was published.

---Have you seen the new FilminFocus Media Room? I like their apocalyptic exhibit.

"DIA: We've seen the media landscape change so much over the past decade. What do you think it will look like five or ten years from now?

Mr Weisberg: More different than it did five or ten years ago. We'll be much further along in the separation of reading and printing. Convergence of all forms of media will take place on mobile devices. The question is whether Apple, Amazon or someone else will build the universal media appliance that lets you read, watch, or listen to anything, anytime, anywhere."
---I enjoyed Shooting Down Picture's liveblog reactions to Cameron Crowe's Elizabethtown.
---Lastly, Scott Rosenberg shows off Michael Wesch's thought-provoking Web 2.0 video "The Machine is Us/ing Us."
Labels: Notable film and media links

do you have a flag? said…
Film Doctor,
First off, thanks so much for being a follower of my site! And now, I hope you’ll follow me as I move the site over to WordPress! It’s going to take a little time to get the site up and running again, so for now www.cheerfuld.com is under construction. I ask that if you have viewed the site through google reader to add this new RSS feed to your subscriptions: http://www.cheerfuld.com/?feed=rss2. This will allow you to check back and be alerted when www.cheerfuld.com is fully up and running again! You can still access my original blogspot site by going to http://cheerfuld.blogspot.com/ Please bare with me, I think this move to WordPress is going to be great, and allow for a much more visually interesting site!

Thanks again, and stick with me!

Joel Bocko said…
Rosenbaum's "thesis" is problematic to say the least. I'm not sure where to begin. I could go with the essay if it didn't "lead" with the marijuana influence, but rather posited dope as one among many elements which shifted the style and tone of movies in the late sixties. Instead, he seems to cherry-pick examples to support his argument, and often they don't even seem to do that.

Take this sentence: "Compare 2010 to 2001, The Cotton Club to Singin’ in the Rain, Dune to Forbidden Planet, Gimme Shelter to Woodstock: in each case the social context becomes narrower while the individual head-trip looms larger."

It's a promising idea, but I'd rather see him revisit and revise the essay than reprint it: too many holes and sloppy arguments. And the picture belie his premise, in that many of the pre-pot ones seem more psychedelic than the post-pot examples.
July 22, 2009 at 1:40 PM

The Film Doctor said…
My pleasure, !vy. I'll switch your address on my Google Reader.

Good points, Movieman. You read the post more closely than I did. I just liked the freewheeling, free-associating way in which Rosenbaum mixed together all of the movies in terms of drug use. He seems more interested in surveying all of the possible evidence instead of finalizing his argument.
July 22, 2009 at 2:43 PM