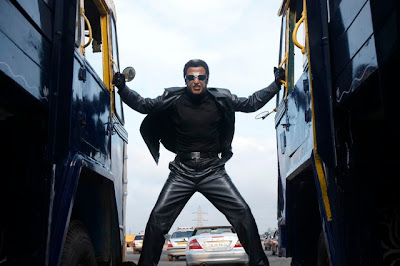 ---a nice scene from Endhiran
---Adam Haslett's thoughts on how "theme and syntax" intertwine:

"[T]he form and rhythm of sentences communicates as much meaning as their factual content, whether we’re conscious of it or not. In 1863, when General Grant took the city of Vicksburg, Mississippi, the last hindrance to free passage of Union supplies along the river, President Lincoln wrote in a letter to be read at a public meeting: “The father of waters again goes unvexed to the sea.” It’s a poem of a sentence, “The father of waters” and “unvexed to the sea” perfectly balanced on the unexpected pivot of “again goes” rather than “goes again”, and all in the service of a metaphor that figures the Union as an inevitable force and the Confederacy as a blight on nature, without mentioning either. If cadence had no content, “Union supplies lines are now clear” would have the same power. And what is obvious in rhetoric is true in literature, as well.

Take the first sentence of David Foster Wallace’s story, “The Depressed Person”: “The depressed person was in terrible and unceasing emotional pain, and the impossibility of sharing or articulating this pain was itself a component of the pain and a contributing factor in its essential horror.” By mixing heightened feeling and unrelenting repetition (“pain”, “pain”, “pain”) with a Latinate, clinically declarative voice (“component”, “contributing factor”), Wallace delivers his readers right where he wants them: inside the hellish disconnect between psychic pain and the modern means of describing it. The rhythm of the sentence is perfectly matched to its positive content. Indeed, from a writer’s point of view the two aren’t separate. If we could separate meaning from sound, we’d read plot summaries rather than novels.

---David McKenna on the changing face of men in movies

"What has prompted this flood of fact-based storytelling? The reasons for these kinds of cultural shift are never easy to pinpoint, but this one surely has a lot to do with changing ideas about privacy and truth. Over the past decade or so we have, as a culture, become much less attached to the idea that certain aspects of life should remain private. An increasingly intrusive press regards it as its job to sniff out the secrets of the rich and famous. Respect towards those in positions of authority has dramatically declined. The result is that a terrain to which entry was once largely barred – the private lives of those in the public gaze – has become accessible. And this has given new licence to artists. Even a decade ago, it would have been hard to imagine a film like The Queen – dealing with the relationship between a living monarch and a serving prime minister – being made. Now finding yourself in a novel or film is one of the hazards of being famous.

This scaling back of the private sphere has coincided with something else: a growing belief that it is in personal relationships and feelings that the important truths about the world are to be found. While the concept of a public facade has always existed, it has never held greater sway than it does today. Most people intuitively feel that the majority of what is reported – in newspapers, history books, government documents – is false, or only partly true, and that the important stuff happens behind closed doors, or inside people's heads. This is reflected in the way the New Labour epoch is discussed, with an overriding focus on the relationships between the protagonists and, often, their psychological states. 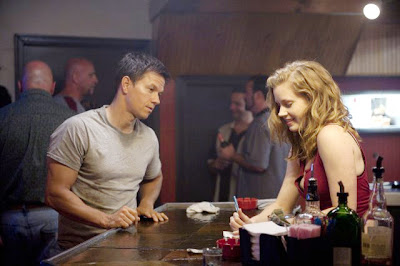 Yet this belief in a private domain where ultimate truth lies creates a problem. For we can be fed endless information – diaries and memoirs, leaked diplomatic documents – but none will necessarily tell us what went on. The apparatus of factual exposure habitually falls short. This, of course, is where art comes in. Artists may not be better acquainted with the truth than anyone else, but they can do something that others can't: describe plausibly what might have happened."
---the writing methods of Roald Dahl, Diablo Cody, and Charlie Kaufman
---Sophie Heawood's profile of Amy Adams
---Do we really want Google to augment us?--
" . . . augmented humanity implies inserting tech deliberately in the way of normal life, to better it. And Schmidt's unspoken line is that job should fall to Google--it has diverse tools that operate in all of these `augmented info' spaces and beyond, and if they were all centralized and presented to you seamlessly via Android smartphones, then it could improve the human race. After all, thanks to its vast user-info databases, Google already knows pretty much everything about you, and almost what you're thinking about where you're going next (as Schmidt has previously noted.) He caveated his argument with lots of references to the phrase `with your permission,' obviously concerned he was overstepping the user-privacy boundary. But do we trust Google with the future of 21st century humankind? There's a big assumption here that Google will always promise not to be evil."
---"WikiLeaks: the Back Story" and WikiLeaks as literature
---cinema's greatest slaps
---the falsifications of The King's Speech and the real thing (also the movie's sets and costumes)
---Onswipe and the reinvention of media for the iPad 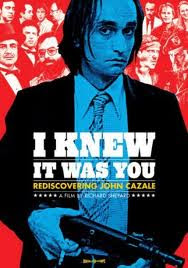 ---rediscovering John Cazale
---the grocery stores of Detroit and the "case against economic disaster porn"
---directors discuss directing and other Oscar-related roundtables
---the insanity of perpetual growth:
"Alongside the nut jobs, there are an awful lot of people who probably just don’t think about it: they simply absorb the perspective of the newscasters who say, `Economic growth, good; economic stagnation, bad.' And of course if you care more about the economic system than life on the planet, this is true. If, however, you care more about life than the economic system, it is not quite so true, because this economic system must constantly increase production to grow, and what, after all, is production? It is the conversion of the living to the dead, the conversion of living forests into two-by-fours, living rivers into stagnant pools for generating hydroelectricity, living fish into fish sticks, and ultimately all of these into money. And what, then, is gross national product? It is a measure of this conversion of the living to the dead. The more quickly the living world is converted into dead products, the higher the GNP. These simple equations are complicated by the fact that when GNP goes down, people often lose jobs. No wonder the world is getting killed."
---lastly, while novelists resist the web, Nicholas Carr describes the way the Internet affects our brains:
"The Internet, like all intellectual technologies has a trade off. As we train our brains to use it, as we adapt to the environment of the internet, which is an environment of kind of constant immersion and information and constant distractions, interruptions, juggling lots of messages, lots of bits of information. As we adapt to that information environment, so to speak, we gain certain skills, but we lose other ones. And if you look at the scientific evidence, it’s pretty clear particularly from studies of like video games, that use of online media enhances our – some of our visual cognitive ability. So our ability to spot patterns in arrays of visual information to keep track of lots of things going on at once on a screen but along with that, what we lose is the ability to pay deep attention to one thing for a sustained period of time, to filter out distractions.And the ability to pay attention not only underpins kind of ways of thinking that are pretty obvious, contemplativeness, reflection, introspection, all of those kind of solitary ways of thinking, but what we know from brain studies is that the ability to pay attention also is very important for our ability to build memories, to transfer information from our short-term memory to our long-term memory. And only when we do that do we weave new information into everything else we have stored in our brains. All the other facts we’ve learned, all the other experiences we’ve had, emotions we’ve felt. And that’s how you build, I think, a rich intellect and a rich intellectual life."
Labels: Notable film and media links