Living by her own code: 12 things I learned about Breakfast at Tiffany's from Sam Wasson's Fifth Avenue, 5 A. M. 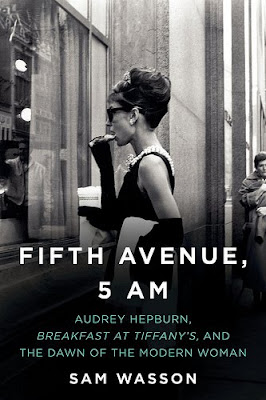 1) According to Sam Wasson, the writer of the engaging Fifth Avenue, 5 A.M.: Audrey Hepburn, Breakfast at Tiffany's, and the Dawn of the Modern Woman, one model for Holly Golightly was Truman Capote's mother, Lillie Mae. Lillie had ambitions of becoming a high-class society woman, so she would leave young Truman with relatives back in Alabama for long periods of time as she went off with wealthy men to Manhattan. Subsequently, Capote spent much of the rest of his writing career trying to recreate her evasive spirit in fictional form.
2) When asked about casting for the movie version of his novel, Truman Capote originally wanted Marilyn Monroe to play Holly, and himself to play the narrator (Paul Varjak). George Peppard eventually got that role.
3) Given that Capote identified himself with that narrator, it's not surprising that he disliked the film adaptation of the novella, for two reasons:
a) The novella's Holly was defined by her ability to escape the entrapment of matrimony, family obligations, domesticity, a 9-to-5 job, etc. As Wasson points out, "As he wrote about Holly, Truman was discovering that, though she shared many qualities with women he knew, she was unlike any woman Truman had ever met. She said what she wanted, did what she wanted, and . . . outright refused to get married and settle down. It isn't just that she was a wild thing, though she most definitely was, it was that independence was the full mettle of her life, and she earned it by selling herself" as a call girl.
And yet, one can watch the movie and scarcely know what she does for a living. One can see the clear difference in the way both works conclude. By the end of the movie (spoiler alert), Holly dumps her cat, re-finds it, and kisses Paul in the rain, thus presumably staying with him (and perhaps inspiring a similar last scene in Four Weddings and a Funeral). In the novella, she dumps the cat and leaves town for Brazil and is possibly last seen riding off on horseback in Africa. The narrator does eventually re-find the cat, but by then Holly is long gone. 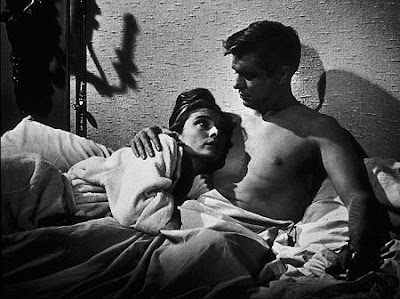 b) From the novel to the movie, Paul changes from a devoted friend to the more macho George Peppard, whose character demands that Holly love him back. Paul becomes the very agent of Holly's entrapment. No wonder Capote didn't like it. He said, "The book was rather bitter, and Holly Golightly was real--a tough character, not an Audrey Hepburn type at all. The film became a mawkish valentine to New York City and Holly and, as a result, was thin and pretty, whereas it should have been rich and ugly. It bore as much resemblance to my work as the Rockettes do to Ulanova."
4) Screenwriter George Axelrod solved the problem of translating Capote's oddly passive narrator to the screen by making him a gigolo who is supported by the older Mrs. Failenson (Patricia Neal). As Wasson writes, "And he [Paul] can't afford to pay for a night with [Holly], and she can't afford to pay for a night with him, and when they do finally get into bed together after he's just slept with his sugar mama, he's just too tired to make a move. Ergo they just lie there. So their conflict? Going from being `owned' to being free."
5) The film's key song, Henry Mancini's and Hank Mercer's "Moon River," combines Huckleberry Finn with a hint of "Over the Rainbow":
Moon Rover,
Wider than a mile:
I'm crossin' you in style
Someday.
Old dream maker,
You heart breaker,
Wherever you're goin',
I'm goin' your way.
Two drifters,
Off to see the world,
There's such a lot of world
To see.
We're after the same
Rainbow's end,
Waitin' around the bend,
My Huckleberry friend,
Moon River and me.
The lyrics of "Moon River" hint at an affinity between Holly and Huck. They both resist staying in one place. They both like to move outside of official boundaries (the river is neither in Illinois or Missouri). Wasson points out that the song both "tells of simple affection," but it's also "laden with the weariness of heartbreak. It was the musical equivalent to the casting of Audrey Hepburn in the part of Holly Golightly." Typically, after a preview of the film, one studio head named Marty Rackin said "I love the picture, fellas, but the fucking song has to go." He was overruled. Ironically, Henry Mancini's music went on to win the only two Oscars garnered by the film. 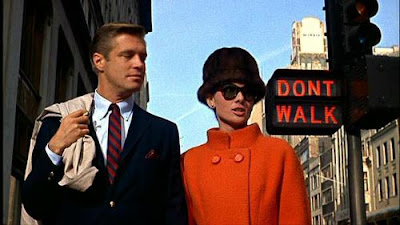 6) Peppard proved a grandstanding domineering pain during the shoot. Hepburn reportedly didn't like him, thinking him "pompous." Peppard referred to her as "the Happy Nun." Peppard fought to have Patricia Neal's dialogue cut. At one point, Neal "suggested that they might play a scene with Peppard sitting on her lap," and "Peppard recoiled in absolute horror." Still, Peppard's character was kept in check by Capote's original conception of him. As Holly points out at one point when talking to Sally Tomato in Sing Sing, "I guess of course I don't know anybody but rats, except of course Fred [Peppard] here. You do think Fred is nice, don't you Sally?"
7) It took Blake Edwards 7 days to shoot the famous party scene in Holly's apartment. He insisted on using actors instead of extras for the shoot. While they mostly had fun improvising various gags, Dorothy Whitney (Mag Wildwood) did not enjoy her face-first pratfall into a mattress (when she passes out in the movie). She kept lifting her arms to her side, but Blake forced her to repeat the fall about 13 times until she got it right. Edwards' tip for looking drunk was "to play the scene with the intention of looking sober."
8) Billy Wilder, who directed Audrey Hepburn in Sabrina (1954), had this to say about the star: "This girl, singlehanded, may make bosoms a thing of the past."
9) The movie proved most objectionable in its casting of Mickey Rooney as Mr. Yunioshi, who plays the role as a grotesque buck-toothed, squinty-eyed caricature of a Japanese photographer. Capote characterized the movie as the "most miscast film I've ever seen. . . . Well, indeed I had a Japanese photographer in the book, but he certainly wasn't Mickey Rooney." Wasson also points out that subsequently Akira Kurosawa "almost couldn't talk to" one of the producers, Richard Shepherd, who was mortified. As he says, "I felt awful. I was so embarrassed. . . . it . . was. . . painful." Since then, Blake Edwards has publicly apologized for the casting.
10) Audrey Hepburn initially resisted the role of Holly because she "[couldn't] play a hooker." She was also intimidated by the need to play drunk, angry, and depressed with the "mean reds." Blake Edwards carefully coached her through the shoot by helping her rehearse her next day's lines the night before. In comparison to Billy Wilder, who never allowed anyone to change his script, Edwards let Hepburn experiment with her lines to make them more spontaneous. 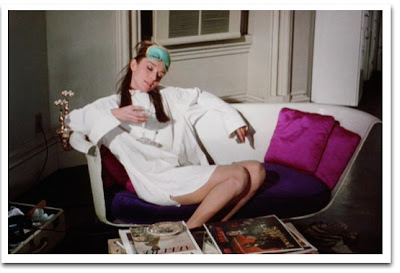 11) Visually, Holly communicates a great deal through her fashion sense. Newly iconic pieces like the Givenchy small black dress showed how, in the words of designer Jeffrey Banks, "chic was no longer the faraway thing only for the wealthy. . . . After Tiffany's, anyone, no matter what their financial situation, could be chic everyday and everywhere." Holly's fashion sense becomes part of her ticket to high society.
12) In the end, Edward's movie softened the cynicism of Capote's novella, just as the novella adds some edge to a sweet romantic comedy. Holly conveyed, as Wasson puts it, a "glimpse of someone who lived by her own code of interests, not her mother's and who did so with a wholesome independence of spirit." Women of the early 1960s could find wrapped within Breakfast at Tiffany's' glossy Hollywood package a surprisingly radical bid for freedom. As Wasson points out, one of the founders of Ms. Magazine, Letty Cottin Pogrebin claimed that "Holly was my formative prefeminist role model."
Labels: Audrey Hepburn Breakfast at Tiffany's Fifth Avenue 5 A.M. Sam Wasson

Anonymous said…
I actually like George Peppard. Nice face, capable acting. I guess that's why he never did anything important after that movie.

The Film Doctor said…
Thanks, Simon. Peppard never bothered me, but Wasson's book definitely changes one's view of his work in the movie, especially when he gets more demonstrative later on.

Monroe has Holly's blond hair, but she did not have the character's "chic thinness," and the film's producers were understandably concerned about Monroe's tendency to make a film run way over budget (as in the case of Some Like It Hot) due to her chronic inability to say her lines correctly, delays, etc. It appears that Monroe was never seriously considered for the role.
July 9, 2010 at 10:11 AM