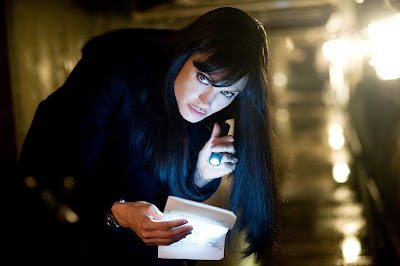 ---the ill-effects of sitting
---when women curse on live TV
---boys will be girls 2
---Angelina Jolie rules
---Howl trailer and Tweet Howl:
"I saw the best minds of my generation destroyed by brevity, over-connectedness, emotionally starving for attention, dragging themselves through virtual communities at 3 am, surrounded by stale pizza and neglected dreams, looking for angry meaning, any meaning, same hat wearing hipsters burning for shared and skeptical approval from the holographic projected dynamo in the technology of the era, who weak connections and recession wounded and directionless, sat up, micro-conversing in the supernatural darkness of Wi-Fi-enabled cafes, floating across the tops of cities, contemplating techno, who bared their brains to the black void of new media and the thought leaders and so called experts who passed through community colleges with radiant, prank playing eyes, hallucinating Seattle- and Tarantino-like settings among pop scholars of war and change, who dropped out in favor of following a creative muse, publishing zines and obscene artworks on the windows of the internet, who cowered in unshaven rooms, in ironic superman underwear burning their money in wastebaskets from the 1980s and listening to Nirvana through paper thin walls, who got busted in their grungy beards riding the Metro through Shinjuku station, who ate digital in painted hotels or drank Elmer's glue in secret alleyways, death or purgatoried their torsos with tattoos taking the place of dreams, that turned into nightmares, because there are no dreams in the New Immediacy, incomparably blind to reality, inventing the new reality, through hollow creations fed through illuminated screens."
---vanishing America
---Author Gary Shteyngart can't read

---researching Inception (thanks to Go Into the Story)
---Al Pacino sells out
---the essential 100 films
---movie censorship
---the best film bloggers compiled by Paul Brunick: 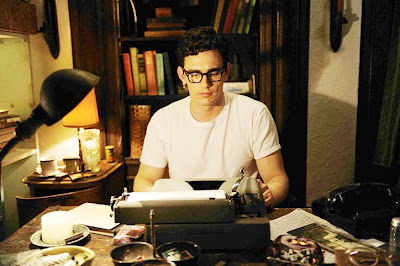 "Acidemic is to be experienced more than summarized. While founder Erich Kuersten will write on oft-discussed blogosphere subjects—down-and-dirty horror pics, Seventies cinema of both mainstream and marginal varieties—these often serve as launching pads for loose-limbed meditations on cultural mores, youth nostalgia or, well, whatever else he wants to talk about. Kuersten’s runaway-train sentence structure and off-the-cuff humor result in some singular insights. (From an appreciation of 1982’s Conan the Barbarian: “The Thulsa Doom serpent cult in the film was a perfect analogy for the hippie movement, with its focus on converting young people to blood orgies and training them to kill their parents . . . For kids wondering why they weren’t growing up drowned in orgies like their older brothers in the 1970s, [it] was the perfect demonization tool.”) But following the snaking paths of his musings proves quite rewarding, not least for the way he intertwines the analytical with the personal. In a defense of Lindsay Lohan, for instance, Kuersten (who has written about his struggles with alcohol) both calls out the public’s gender bias and then offers the oft-soused starlet some AA-inspired solidarity. Full of freewheeling insights, Acidemic gives seemingly familiar material an idiosyncratic spin."—Matthew Connolly
---Smithsonian predicts the future; High Existence does as well
---tech sabbath time