Observations of the suicidally cool: Tom Ford's A Single Man 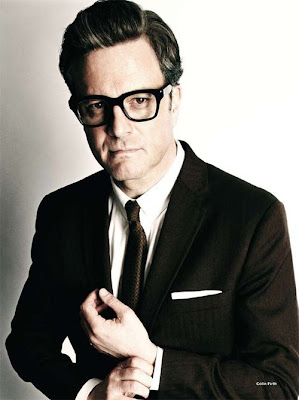 ". . . after all, a man who has resolved to kill himself is a god." ---Vladimir Nabokov
At first, I found A Single Man turgid, pretentious, bombastic, its story line given to glib wish-fulfillment, and its final twist too egregiously ironic. I also appreciated Colin Firth's (as always) impressive acting skills. And yet, A Single Man, the first film directed by major fashion designer Tom Ford, intrigued me enough so that I watched it twice. In addition to the story which concerns an English professor contemplating suicide in the course of one day in 1962, I found the film's clutter-free art direction compelling. As an academic, I have never seen anyone dress even remotely as well as professor George does, or live in such GQ fashionable interiors, or drive just the right 220S coupe Mercedes, or go to work without grading a single student essay. On one level, George (Firth) inhabits a stylized world that logically extends from a fashion designer's vision. Everything about Ford's world, from the Psycho-enhanced parking lot, to George's 1949 John Lautner-designed house, to his perfectly symmetrical classroom (nothing written on the chalkboard) is just on this side of the laughably perfect. George can't walk past some college student guys playing tennis without Ford including some swooning slow motion close-ups of their chests glistening with perspiration (a scene almost worthy of the Twilight series). Is this a movie or a Calvin Klein ad? George can't even get his clothes from his bureau without stunning the viewer with the exact organization of his socks. So even if some of my initial reactions have some validity (especially concerning the ending), A Single Man increasingly impressed me with its technique. 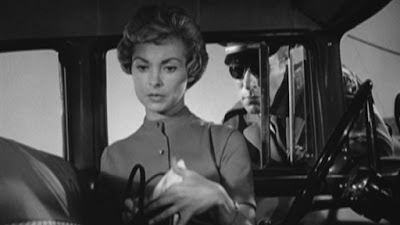 Take the Hitchcock influence. Ford acknowledged his debt to the master by including the Psycho billboard that dominates a parking lot where George flirts with Carlos (Jon Kortajarena) outside of a liquor store. He also includes a moment where George almost gets seen pulling his gun from his briefcase while in his car, a scene that closely mimics the one in Psycho where Marion Crane endures a policeman asking questions outside of her car soon after she steals a wad of cash. George carries his gun in his briefcase with the same kind of fascination and guilt that Marion has for her envelope full of the stolen $40,000. Like Marion, George is concerned about being caught--in his case, displaying any suicidal tendencies. He also attempts to shoot himself silhouetted behind a shower curtain, but beyond these visual allusions, Psycho does not seem to relate all that much thematically to A Single Man. 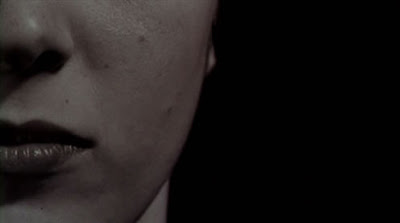 Hitchcock's Vertigo carries more correspondences to A Single Man since the former movie also tells a story of obsession for a deceased loved one. Ford keeps including highly subjective moments in the film (usually close-ups) when George focuses in on a secretary's eye, or Carlos' mouth wafting cigarette smoke, or the little girl dancing on the front lawn with David Lynchian phantasmagoric suburban slow motion (as in the opening shots of Blue Velvet). Rather banally, Ford characterizes the message of his movie as "We should all live every day as if were our last," but whereas Vertigo keeps its obsessive focus solely on "Madeleine" and Scottie's need to recreate her, George's hallucinatory appreciation swerves between anything that reminds him of his lost love Jim (Matthew Goode) and his seize-the-day pleasure in anything else. So, George sniffs with Proustian recall a smooth hair fox terrier that reminds him of his and Jim's dog (now deceased), he re-visits a bar where he met Jim, he stares at other men who remind him of Jim, and so on, but he also dwells just as much on the eyes of a secretary (pausing to tell her of her beauty) or the lips of a James Dean look-alike. These close-ups are reminiscent of those on Kim Novak's face in the opening credits of Vertigo.

Ford includes some thought-provoking shot compositions. On the one hand, the viewer can applaud George's impeccable suit and Oxford shoes, but these garments also comprise the oppressive mask he wears as armor against the homophobic Cold War paranoic world of the film. One occasionally sees George trapped in horizontal compositions--the wooden boards of a fence outside his house as he peers wistfully at a neighboring family, and the metal lines marking the interior of a bank vault. Ford juxtaposes these entrapping shots with dramatic diagonal cliffs where George and Jim sunbathe during a flashback. These cliffs convey a sense of passion and freedom lacking in much of the rest of the movie. Ford also desaturates the colors of George's present world, and adds a lot of color, especially orange, to the flashbacks to evoke their greater vibrancy, a color scheme that can be a little heavy-handed in its symbolism. At other times, as George and Charley (Julianne Moore) fall back on the shag carpeting and share a cigarette together as the camera gazes down on them from above, A Single Man views like a compendium of flirtatious cinematic gestures--lots of smoking, drinking, George reading Kafka's Metamorphosis to convey his alienation as the more carefree Jim reads Breakfast at Tiffany's, and so on. These gestures reminded me of Godard's cinematic allusive methods in Breathless.

Ultimately, the emphasis on George keeps shifting between the tragic and the cool. On the one hand, he may shoot himself at any minute, but after a romantic evening he also glamorously rejects Julianne Moore, who is left with her mouth partially open as he shuts the front door in her face. On one level, the film is too superficial and meticulously executed to breathe (it's the opposite of mumblecore), but I was impressed with the way Ford's cold magazine layout perfection can generate so much cinematic friction, if only because Colin Firth's masterful performance struggles against Ford's tendency to gloss his every move.
Labels: A Single Man

Kelli Marshall said…
I don't have anything to add here. I just wanted to say that I enjoyed reading your post and that despite the film's massive visual nod to Hitchcock, I hadn't really thought further about connecting the two. Interesting.
July 12, 2010 at 8:16 AM

The Film Doctor said…
Thanks, Kelli.

I've been reading the Christopher Isherwood novel from which Ford adapted the movie. More than half way through, I've seen no reference to George considering suicide, and no gun. George teaches one class about Huxley, visits with an ailing woman in a hospital, stops by the gym. Ford added on the whole seize-the-day appreciating life aspect to the storyline. He needed the gun, perhaps, to justify some of the Hitchcock references. Also, George's character in the novel couldn't stand the family next door, and yet, given Ford's aestheticizing of those scenes, it is hard to tell that in the movie. Ford's adaptation is a fever dream of Isherwood's work.
July 13, 2010 at 11:53 AM

Juan J Ramos said…
Very good post. I largely agree with your assessment of Ford's movie. When I saw it I felt I was watching a very long commercial for a set of luxury brands.
July 23, 2010 at 4:38 PM

The Film Doctor said…
Thanks, Juan.

And yet, I don't think all of the fashion hurts the movie. One can imagine Ford dressing down his characters to fit those in the novel, muddying up his mise-en-scene with period detail, and so on, but instead he made his movie with a ferociously mannered and exacting eye, and formed an unusual directorial style as a result. The characters in the Isherwood novel are a homely bunch in comparison.
July 24, 2010 at 12:17 PM