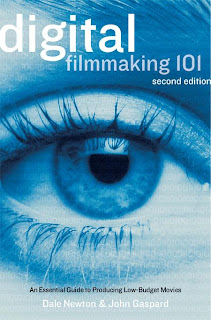 1) Now, at 7:12 pm, after a long day of driving the students to and fro, I am tired. As if in punishment for visiting all of those fluorescent interiors, I have developed blurred vision, and my thoughts keep drifting to the wise words of filmbrain:

"Thoughts of putting the blog to rest filled my head, and for a while it seemed like the wise thing to do. I kept starting posts that I'd never finish -- mostly on awful Hollywood films. I came to realize the futility in those exercises -- other than catharsis, what purpose does it serve to rail against the screenwriting crimes of Eric Roth, or Sam Mendes' homicidal act on Richard Yates masterwork? These films will continue to get made, and seen by millions. Do I really need, or want, to be just another voice amongst the throng -- writing about crap films that hundreds have already weighed in on?"

2) At any rate, what happened today? We started off watching the opening scene of Robert Altman's The Player, in part just to admire a really long but still funny expository shot. Then, after admonishing the students for sleeping in late, I sent them off in various directions. Group A would spend much of the day in someone's house. Group B would shoot a mailbox scene involving the delivery of powdered sugar masquerading as cocaine in manila envelopes. Group C spent the day in the town museum shooting a sword fight and a jewel heist.

3) I meant to spend time with Group A even though they need the least assistance, given that their director has ambitions of pursuing a career in filmmaking some day, and she usually does excellent work. But as soon as I showed up at the house and found myself ensconced in a doily-covered chair in their small side living room, I found it very irksome. What was I doing there? Some patriarch of the family was chiding his grandchild for being a "TV-aholic" in the kitchen. I felt like an intruder, so I left quickly as the director set up her first shoot in the bathroom.

4) I then stopped by the museum to visit with Group C, who has just finished shooting a scene that morning with a whole class full of student extras. I am amazed at how students love to be extras, how docile they are, how well they take direction even though they have no idea of what the film is about or whether it will be any good. Group C was just then working their way down to the spooky dark old basement. Later, I will learn that though they spent hours shooting a sword fight down there, they failed to light the place enough, so they will have to reshoot it all over again tomorrow.

5) Meanwhile, Group B slowly got around to shooting in the mailroom. They kept forgetting equipment or props, and no one wanted to go get them. At first, everyone seemed a little testy, but the shoot improved once they found some extras to lift the packages out of the mailboxes. Focusing directly inside a mailbox made for a good image when it was opened on the other side, and the director enjoyed yelling "Take 400,542, Action!" so that the extras could hear them on the other side of the wall.

6) The workday ended with me visiting a Hobby Lobby, of all places, to pick up white board for Group C's basement shoot tomorrow. In the midst of a video production class, I find myself increasingly sensitive to crappy lighting, and, much like the Super Wal-Mart, the Hobby Lobby submerges the customer in a grey doomed atmosphere of craft knickknacks, decorated leatherex boxes, and placards that display kitschy messages like "A soccer mom is just like a pit bull, minus the lipstick." True words, indeed.
Labels: video production notes

Richard Bellamy said…
I love your comment about student extras!

"I am amazed at how students love to be extras, how docile they are, how well they take direction even though they have no idea of what the film is about or whether it will be any good."

That's so true. I used about 40 students for a crowd scene in a drama club film - and my star film club filmmaker was having trouble getting peers to be in her film, so she went down to the middle school and came back leading a bunch of 6th graders like she was the Pied Piper - and they could care less what the movie was about or what they had to do.

Sometimes, walking down the hall through rivers of noisy students rushing to classes, and dreaming about movies I'd love to make, it occurs to me that right there I have enough extras to make "War and Peace."
January 13, 2009 at 9:46 PM

Anonymous said…
Dearest Doctor, I can say that it was quite fun working with your Group B. I remember hearing about how today's shooting was better than yesterday's, with regards to a different scene than the one you described here. I think that being an extra is just enjoyable to some because it's being helpful; students may also want to add just a little bit of their own personal flair to see in the finished product.
January 13, 2009 at 9:52 PM

bd said…
One of the things I like about your film-class chronicle is how it reveals some of your teaching characteristics, your empowering relationship with your students, and some of your inner struggles as you wrestle with issues around motivation and quality control.

As much as we might learn about the process of teaching and learning film-making from this series, it also tells us all quite a lot about the Film Doctor!

Thanks for your comments about extras. I now understand more about the psychology of the bit part.

Thanks. One of my biggest dilemmas is knowing when to intervene and when to let students make mistakes. Compared to other classes, however, film students already know what a good film looks like, so in a sense the class grades itself.
January 14, 2009 at 6:39 PM