"Everyone, Deep in Their Hearts, Is Waiting for the End of the World to Come": 12 Notes on Adam McKay's The Big Short 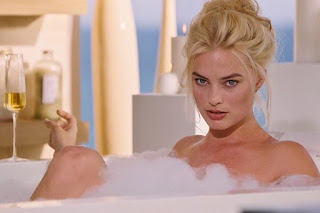 1) "You well heeled big wheel, ha ha charade you are." --"Pigs (Three Different Ones)" from the album Animals by Pink Floyd

2) “if you treat the audience like poets and geniuses that’s what they’ll become”, says McKay. “Audiences are smarter than people think. Here we treat them like economists, and so far they seem to be going with it."

3) "So there you have it: I was wrong, and apologize to Wall Street for drawing too stark a distinction between them and regular counterfeiters." --Jon Schwarz

4) The Big Short, winner of the best adapted screenplay in 2015, reminded me of Goodfellas (1990) with Steve Carell taking Joe Pesci's role as Tommy DeVito.

5) "Typically when they [the young men of Cornwall Capital] entered a new market--because they'd found some potential accident waiting to happen that seemed worth betting on--they found an expert to serve as a jungle guide. This market was so removed from their experience that it took them longer than usual to find help. 'I had a vague idea what an ABS [asset-backed security] was," said Charlie. 'But I had no idea what a CDO was." Eventually, they figured out that language served a different purpose inside the bond market than it did in the outside world. Bond market terminology was designed less to convey meaning than to bewilder outsiders [italics mine] (from Michael Lewis' book The Big Short 126).

6) SCARLETT JOHANSSON in a white T shirt and cut off jeans lets the waterfall run over her while explaining mortgage backed securities.

SCARLETT JOHANSSON--"Basically Lewis Ranieri’s Mortgage bonds were amazingly profitable for the big banks. They made billions and billions off of their 2% fee on each of these bonds they sold. But then they started running out of mortgages to put in them. After all, there’s only so many homes and so many people with good enough jobs to buy them. So the banks starting doing something different. Instead of creating mortgage bonds that were guaranteed by the US government, they started creating their own private mortgage bonds. No government, no pesky standards like good credit or minimum income. And then the big banks were able to fill the bonds with riskier and riskier mortgages and keep the profit machine churning. By the way, the risky mortgages are called “subprime.” Anytime you hear subprime, think shit. Michael Burry found out these mortgage bonds that we supposedly 65% AAA were actually mostly full of shit, so now he’s going to “short” the bonds, which means to 'bet against.' Got it? Good." --[from The Big Short's screenplay--the scene that morphed into Margot Robbie's lesson in a bubble bath]

7) "Mortgages are safe." --from John Tamny's "Adam McKay's 'The Big Short' Misleads In Entertaining Fashion" as published in Forbes magazine

8) "I realize Adam McKay, a disciple of Bernie Sanders and the movie’s director, would be eager to pin blame upon Wall Street (whose investment bankers are certainly not entirely innocent)" --from Philip DeVoe's 'The Big Short' Falls Short On Explaining The Housing Collapse" also published in Forbes

9) "I am shocked that executives at some of the worst lenders were not punished for what they did. But this is the nature of these things. The ones running the machine did not get punished after the dot-com bubble either — all those VCs and dot-com executives still live in their mansions lining the 280 corridor on the San Francisco peninsula. The little guy will pay for it — the small investor, the borrower. Which is why the little guy needs to be warned to be more diligent and to be more suspicious of society’s sanctioned suits offering free money. It will always be seductive, but that’s the devil that wants your soul." --Michael Burry 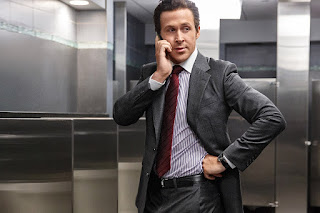 10) "The people in a position to resolve the financial crisis were, of course, the very same people who had failed to foresee it: Treasury Secretary Henry Paulson, future Treasury Secretary Timothy Geithner, Fed Chairman Ben Bernanke, Goldman Sachs CEO Lloyd Blankfein, Morgan Stanley CEO John Mack, Citigroup CEO Vikram Pandit, and so on. A few Wall Street CEOS had been fired for their roles in the subprime mortgage catastrophe, but most remained in their jobs, and they, all of people, became important characters operating behind the closed doors, trying to figure out what to do next. With them were a handful of government officials--the same government officials who should have known a lot more about what Wall Street firms were doing, back when they were doing it. All shared a distinction: They had proven far less capable of grasping basic truths in the heart of the U.S. financial system than [Michael Burry]" (Lewis 260).

11) "Everyone, deep in their hearts, is waiting for the end of the world to come." --from Haruki Murakami's novel IQ84 quoted in The Big Short

12) "Pay no attention to that man behind the curtain." --The Wizard of Oz
Labels: Adam McKay Margot Robbie Michael Lewis Scarlett Johansson Steve Carell The Big Short The Wizard of Oz