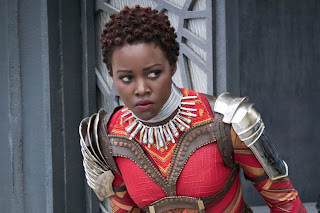 1) Lupita may be interested  in playing Grady (formerly Beatrice), the heroine of Hellmouth. Some of these major choices will not be something that the studio can negotiate.

2) Grady's cat, Sam, who steals so many major scenes of the movie, will be played by an actual cat or cats. Again, if the studio chooses to substitute a CGI cat, I will walk. The film will not be made by that particular studio. We've seen how that works out.

3) Kacy will be played by Mila Kunis. Again, non-negotiable, in spite of Jupiter Ascending.

4) Astra, of course, goes to Letitia Wright. Again, non-negotiable. Van Damm interrogates her for much of the first half of the movie until she escapes. The only other actress I can imagine for the role would be Margot Robbie. Maybe, Jennifer Lawrence, but I understand if she can't fit the role into her schedule. 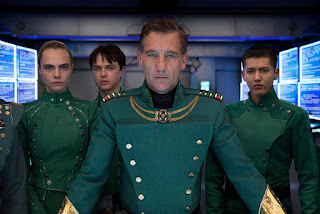 5) Van Damm is tricky. Clive Owen comes to mind, in part due to his amazing work in Children of Men, easily the best science fiction film since 2000, but Owen showed that he couldn't convincingly play the heavy in Valerian, a well-intentioned movie (I usually love Luc's work) that made a bunch of mistakes with casting especially. Possibly Forest Whitaker, although I'm leaning towards Ralph Fiennes. He may also be too overcommitted to other projects.

6) The director of Hellmouth (soon to be retitled) will be Ryan Coogler or Alfonso Cuaron or Sofia Coppola. Non-negotiable.

7) Otherwise, I'm pretty flexible about other other crew and cast members. Savan Kotecha has shown interest in helping out with the soundtrack. I understand that the studio has a business to run, and these are weird times to green light an expensive new picture that isn't a sequel, although Hellmouth (name soon to be changed) has extremely major franchise potential. All of that is already written into the spec script. Michael Ovitz will negotiate deal points for me.

8) One last point, except for her high intelligence, excellent hand to hand combat skills, and instinctual ability to sometimes guess the future, Grady has no superhero powers whatsoever. No one in Hellmouth has any. The cat Sam is an ordinary cat. I will not budge on this key point.