"On the Hook, Squirming": 10 notes on the Debate Over The Wolf of Wall Street 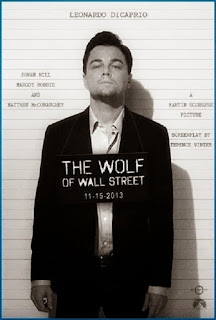 1) How does one square an aesthetic appreciation for The Wolf of Wall Street with Jordan Belfort's real-life deplorable treatment of his victims? How much does Wolf succeed because it partakes in Belfort's cynical sales techniques, thereby making audiences just as gullible to what the movie has to sell? At what point does Martin Scorsese's lovingly rendered satirical portrait of Belfort's conspicuous consumption become a celebration of the venality of the 1%?

In an attempt to answer these questions, I assembled these quotes from various folk:

3) "When Belfort — a drug addict who later attempts to remain sober — rips up a couch cushion to get to his secret coke stash, there were cheers.

Then, intercut with Popeye eating spinach, Belfort is irrevocably high on Quaaludes (or 'ludes,' a muscle relaxer) and dumps coke into his nose to remedy the situation —more cheers." --a Wall Street reaction to Wolf

4) "But there is another, less otherwise admirable quality required of successful salesmen, one which yields the crucial difference between rejection and a signature on the dotted line: you need to be totally, utterly shameless. You need to face the sneering contempt of the prospective client, who loathes your very presence in his office or at the other end of the line, and you need to not mind. You need to accept that literally every single person you talk to in a day will regard you as an abjectly terrible person and you need to sell them something anyway — you need to convince them that you are a good person, a person capable of and eager to save them a lot of money, and you need to do this by believing it yourself." --Calum Marsh's "The Art of the Sell: Why The Wolf of Wall Street Lets Jordan Belfort Off the Hook"

5) "You people are dangerous. Your film is a reckless attempt at continuing to pretend that these sorts of schemes are entertaining, even as the country is reeling from yet another round of Wall Street scandals. We want to get lost in what? These phony financiers' fun sexcapades and coke binges? Come on, we know the truth. This kind of behavior brought America to its knees.

And yet you're glorifying it -- you who call yourselves liberals. You were honored for career excellence and for your cultural influence by The Kennedy Center, Marty. You drive a Honda hybrid, Leo. Did you think about the cultural message you'd be sending when you decided to make this film? You have successfully aligned yourself with an accomplished criminal, a guy who still hasn't made full restitution to his victims, exacerbating our national obsession with wealth and status and glorifying greed and psychopathic behavior. And don't even get me started on the incomprehensible way in which your film degrades women, the misogynistic, ass-backwards message you endorse to younger generations of men." --Christina McDowell

6) ". . . these things do have humor. You don’t have to put it in there. I mean, if you’re going to have a little fun for your company, you want to get them riled up and you want to show your appreciation, and you actually do organize throwing little people against a target – well, that doesn’t just happen off the street. People get together and have a meeting about it. You have to discuss this, OK? So there’s the humor right there.

But there’s also shaving the head of the woman, which is extremely cruel, which brings to mind the humiliation of the collaborators in World War II. There’s the cries of 'Wolfie!' – and I hate to say it, but 'Wolfie' was Hitler’s nickname. Watch those rallying scenes. [Jordan Belfort] gave them something to rally around, to be like him. 'Wolfie!' made me extremely uncomfortable when they started yelling that in the scenes. No one mentioned it, but I sensed it. It’s mind control.

And don’t forget, the movie is an impression. It’s not Jordan Belfort himself. The man is doing what he can right now in his life, he’s got legal issues he’s dealing with, and I can’t judge what he’s doing. But he seemed to be a perfect vehicle for this story." --Martin Scorsese

7) "By making us understand the appeal of being a part of a conspiratorial organization like Stratton Oakmont, The Wolf of Wall Street becomes a movie that isn’t about 'them' but 'us.' What matters isn’t whether Jordan Belfort gets off the hook or not—though he only serves 22 relatively cushy months in penitentiary for his crimes, a matter of historically-accurate record, there’s little doubt that he’s left in a sort of purgatory at the end of the movie. What matters is that the movie leaves us on the hook, squirming." --Nick Pinkerton

8) "One of the early conversations we had was about why these people are so detestable. You know, they have no conscience for people outside of their finite little world. I remember talking to Marty about that, and he goes, 'Look, the thing that I've learned about doing movies is, if you make these people as authentic as possible, and you don't sugarcoat that, people will forgive anything, and they will like those characters -- not what they're doing, but they will be invested in them.' It's a very conscious choice that [Winter] made in the screenplay not to show the ramifications of their actions. Throughout the picture, you go on this acid trip with them, without any regard for the people around them." --Leonardo DiCaprio

9) "If any movie is in danger this year of having 'bad fans' it’s this one (watch closely as Scarface posters in frat houses are quietly replaced with Wolf ones)." --Rachel Syme

10) "I think all of us, under certain circumstances, could be capable of some very despicable acts. And that's why, over the years, in my movies I've had characters who didn't care what people thought about them. We try to be as true to them as possible and maybe see part of ourselves in there that we may not like." --Martin Scorsese 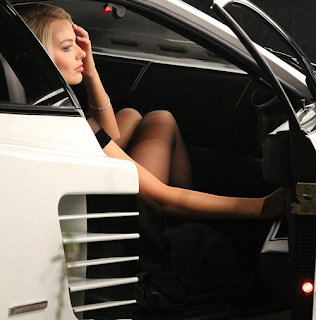