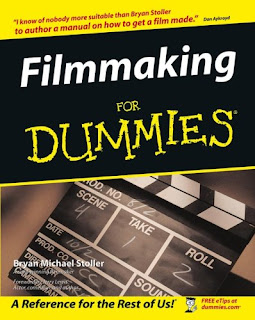 "A word about conflict. Conflicts permeate life. War, disease, lost love, threats from others, the temptation to despair, and, yes, death, are obvious sources of conflict. We may wish it otherwise, but such things are a part of human existence."
---from Richard Beck Peacock's The Art of Moviemaking: Script to Screen.

"We are losing the light."--a movie crew expression.

1) It is 6:45 pm. The sun set while I slept on a sofa. I wake to the sound of a neighborhood dog barking and the bitter taste of Apple Jacks coating my mouth. In the mirror, my eyes look bloodshot. I remember telling one of the students that I was ready to go at about 3, and she said "You are always ready to go!"

2) What happened today? We began by watching the making-of documentary on the Lost in Translation DVD. Sofia Coppola acts moony and lovestruck as she keeps saying "Bill is coming! I get to dress him as I please. It is the director's fantasy," as she walks around the streets of Tokyo. Then, in a white bathrobe, Bill Murray sings and dances to Elvis Costello's "My Aim is True" to Sofia's delight. This documentary and the similar one in The Virgin Suicides DVD convey a sense of her moviemaking style, and I like the way Coppola does not act at all like your stereotypical director. She speaks softly to a set filled with Japanese crew members as Bill looks on in a tuxedo and too much eye makeup.

3) Then, the three groups worked on their story ideas and then took turns pitching them to the rest of the class. The main narrative films consist of A) a drug dealer in a small college who eventually gets busted by a college administrator, B) a young woman who shoots to kill twice, once out of jealousy, and then other as a cover-up, and gets away with it both times, and C) an odd couple (the preppy woman and the slob guy) who both independently decide to rob a jewelry display in museum, only to bump into each other mid-crime. All of the stories have their possibilities, although I still wished that one group would make a zombie scene. After lunch, I said to the class, "You fools! You could have made something like this!" Then I showed them this Zombie Girl trailer from Cinematical.

4) In the afternoon, the three groups went their separate ways around campus to shoot action videos. One consisted of multiple scenes in which "Joe" gets killed, but he is always resurrected to die again (and he triumphs at the end). Joe gets run over, shot, stabbed with a sword, hit over the head with a hammer, suffocated with a pillow, choked on white bread, locked in a large freezer, and strangled, but he's very cheerful about the whole thing. Another group wandered off to shoot a stalker chasing a woman outdoors. Lastly, one of the more detail-oriented directors set up a studio in the TV area near the cafeteria where two men eventually fight it out with PVC pipes over the remote in the midst of watching V for Vendetta.

5) Tomorrow, students will revise their scripts, draw storyboards, and prepare for next week's shoot. We will try to have most of the principal photography done by Wednesday.
Labels: video production notes

bd said…
Wow... they sure are attracted to crime plots.

I wonder what that says about the media that teenagers are being influenced by?

Richard Bellamy said…
Yes, they are certainly influenced by the media. One of my students made a film about a drug deal gone bad. They do like crime stories. They used an Airsoft gun as a prop, and a teacher complained. That, and a subsequent rumor about a real gun at school put a ban on student films involving guns and drugs - though I tell students they can make just about anything they want if the film is only shown to film club members in my classroom.

Yeah, too bad about the zombie scene. A student of mine has an idea for a zombie movie, but she needs to get organized and start shooting. We have some nice woods in the back of school and its a perfect place for a bunch of zombies.

Last year's Drama Club film was a silent comedy that involved vampires. The "Twilight" devotees in Drama did themselves up as some really scary vampires.

Film Doctor - You show them some interesting clips. I really like that making-of doc on the "Virgin Suicides" DVD. Sometimes those clips will really inspire students. One of my students watched "Elephant" upon my suggestion and then made a school shooting movie in which the shooting was never shown but was reported on the news.
January 8, 2009 at 10:06 PM

I try to give the students the freedom to make the story that they want to make (within limits, of course), so they have more invested in the final product. I do wonder, as usual, if some of these stories will work.

I'm not surprised by the gun ban, but a ban on drug-related stories? In this class film project, the students don't want to specify what kind of drug, just work with the idea of contraband and the suspense of possibly getting busted. I sometimes feel oppressed by the symbolic weight and/or viral potential a simple student film can attain.
January 9, 2009 at 8:26 AM