The Power of Restraint: Matt Damon in The Good Shepherd 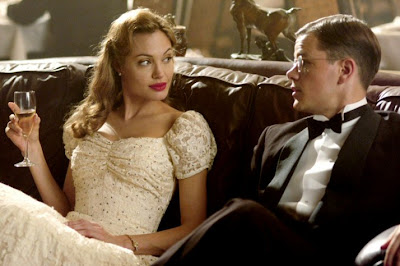 I resisted going to see The Good Shepherd because it looked long and dreary. I admire Robert De Niro as an actor, but had my doubts about his direction of the film. It turns out that I was wrong. The Good Shepherd held my attention throughout, and it finds much tension in the dry image of a formally dressed spy administrator. For much of the film, Edward Wilson (Matt Damon) wears a coat and tie, a fuddy-duddy 1950s style fedora, and horn-rimmed glasses. Carefully shaved and groomed, he represents propriety taken to the point of near-parody. In , takes the bus to work like a just another corporate drone, but the man is full of secrets that stretch back to his youth, and Matt Damon is perfect for the part. Damon has always known how to pick smart characters and he relies here on underplaying his delivery so the viewer is forced to try to decipher what goes on behind his eyes. Even in the popular The Bourne Supremacy series, he conveys cool calculation to add complexity to the role of an action figure. ’s character is even more subtle in the way that he can both profit from and regret his extraordinary restraint. He knows how to keep his mouth shut, how to excel behind the scenes, but the more he succeeds as a spy, the more he must betray his family and his desires for human contact.

By using a series of flashbacks that stretch back to Wilson’s youth in the 1930s, screenwriter Eric Roth pieces together a story of a young idealistic man whose involvement in a prominent Yale secret society, the Skull and Bones, gives him access to men in high places (senators, presidents) who depend on his loyalty in the society so they can trust him to take on sensitive high level intelligence jobs. Once successfully spies on his Yale English professor Dr. Fredericks (played by Michael Gambon) who reputedly has ties to the Nazis through the American-German Cultural Committee, General Bill Sullivan (Robert De Niro) gives the go ahead to infiltrate British intelligence during World War II. As a young man, tries to have a relationship with a deaf woman, and this becomes one of the many subtle patterns in the film. He seems to prefer deaf love interests because they are less likely to overhear his spy communications. In spite of this tendency, a sorority girl named Clover (Angelina Jolie) manages to seduce him so that she instantly gets pregnant. So without any emotion for her, does the right thing and marries her before leaving for the blitz to learn about British espionage.

While the overlapping flashbacks can be confusing, the movie keeps returning to 1961 with hints of things in the CIA going wrong with the their involvement in the Bay of Pigs fiasco in . Also, De Niro unifies the film with image patterns and one key mystery—a black and white photograph of a couple in bed and a tape of them talking. has his underlings gradually figure out from clues in the tape and the photo where the photograph was taken, and who the young couple are.

The gradual unfolding of that mystery has much in common with Francis Ford Coppola’s movie The Conversation, where a single tape holds layers of meaning that also gradually hint a big plot twist later in the film. As ’s job obliges him to get more brutal in his techniques, one can see how the CIA has always had a God-like power to work covertly to undermine South American regimes, and to basically do whatever it pleases, but in ’s case, all of his power comes at a price. As General Sullivan points out, can trust no one, most especially his family. His increasing power in the CIA is directly proportionate to the multiple betrayals of everyone he knows.

Oddly, Russian spies prove best friends in a way, because they know him best. Their code name for him is “Mother,” and their secret encounters with him become almost affectionate while back at home Angelina Jolie has tantrums, saying “I live with a ghost!” Ultimately, the ironically titled The Good Shepherd is all about the power of restraint, but also its cost. But as Wilson learns how to use murder and torture to get what he wants, one is reminded of the advice of Dr. Fredericks right before he is killed as a spy who knows too much: “Get out while you still can, while you still have a soul.”